You would think as a life long Dallas fan that I would have been to tons of games, however, have you priced those suckers? I love my Cowboys, but I am not all about spending a weeks vacation on a beach to go. I would so rather watch on tv AND go to the beach! Ha!
When I seen they would be in Kansas City this year, I started watching for tickets. We ended up getting tickets with Shannan and Michael about a week before the game. I totally talked up the Dallas Cowboys as I knew it was time for Hadlea to learn all about them. And there is nothing closer to her heart than a dress or costume... so meet my little Dallas Cowboys Cheerleader! She was PROUD! 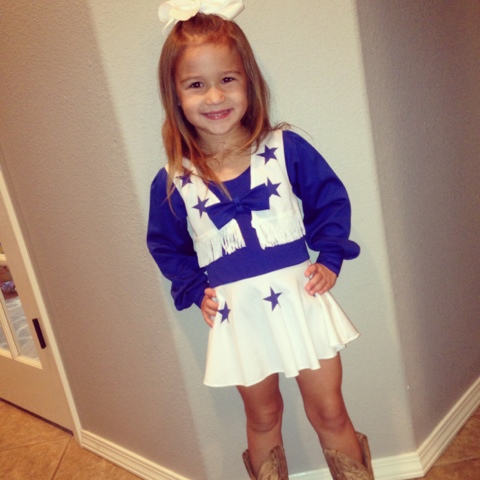 Hadlea was super excited for the game. And was SUPER heartbroken when she learned she didn't get to attend it. We explained that it was just for big people, they only served coffee and she could watch for us on tv. After that, she was just fine staying with her gigi! ha!
We headed out late Saturday afternoon to the Justice house! And since there were some awesome College football games, we downloaded the app to watch them! There is not much better than driving to a football game and getting to watch football! 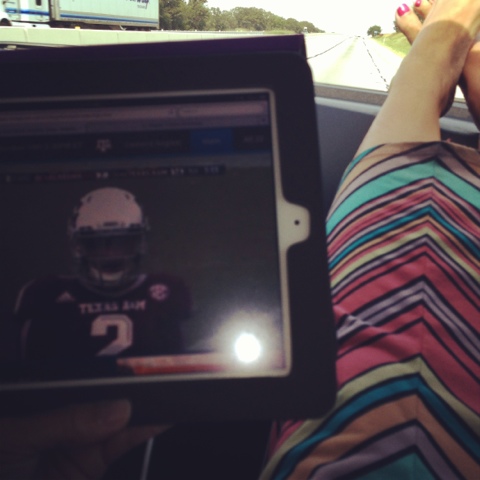 And Sunday we arrived! We went early and tailgated... which always equals TONS of laughs! 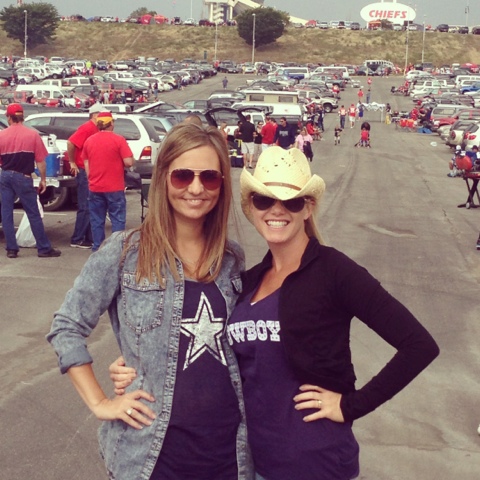 And I totally paid him to wear this shirt. And you don't even want to know how much. Most would be super sad to dish out that much $... but not me... I would do it all again! :-) 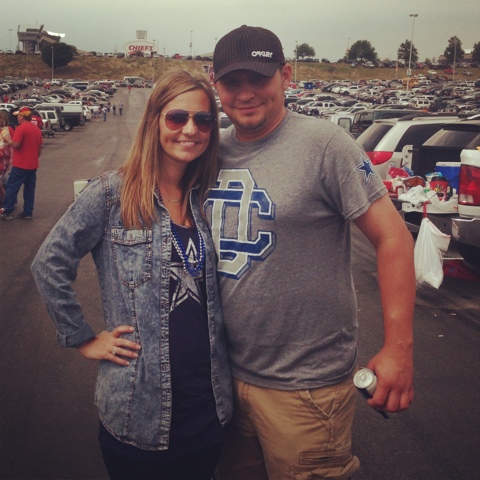 Our seats were on the 30 yard line, 20 rows up. Perfection!
And if we would have had these same seats in Dallas, they would have been close to 2K... instead of the $250 we paid!

And when your very best friend agrees to wear Dallas (I had to take her a shirt), you know she is a friend for life. Living in KC, they are KC fans... so she was a total trader with me for the day! 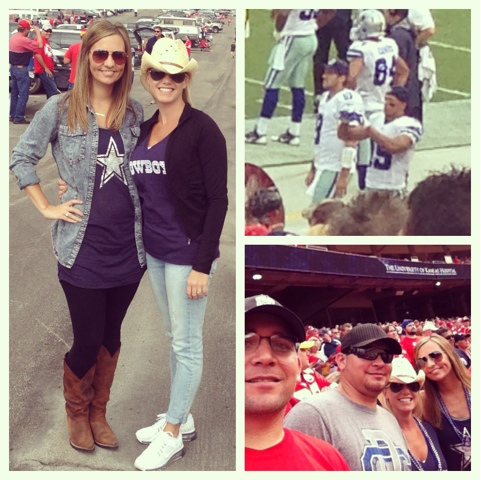 love her to pieces. 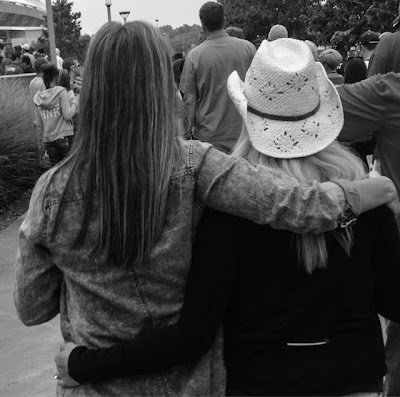 and even though we lost :(... it was the best day! my cowboys. finally a grown up day with the hubs. my bff and her hubs. a couple drinks. good food.... and did I mention my Cowboys?! :-)