family night at some baseball

Yesterday, Justin called and said someone had offered him tickets to the Drillers baseball game here in town. The seats were two rows behind the dugout, and he wanted to take Hadlea. But of course, this was a day I hadn't washed my hair... or even brushed it for that matter (perks from working from home!). But I figured I could throw on a hat and be fine... so I said let's do it!
I was a little worried about going so late since the game didn't start until 7! ...but it was perfect!

Both kids were awesome! They have a kids playground where Had could play and we could still watch the game. 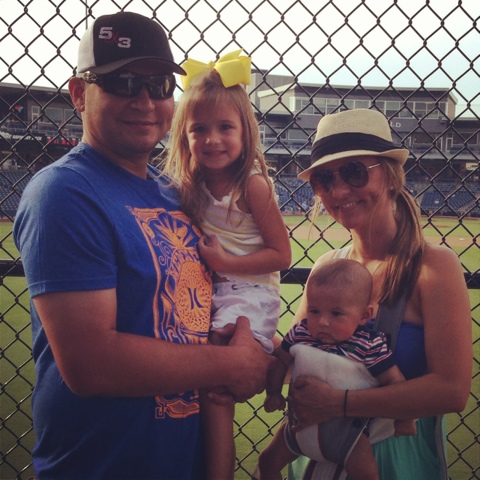 Daddy was in HEAVEN telling Hadlea all about the game! 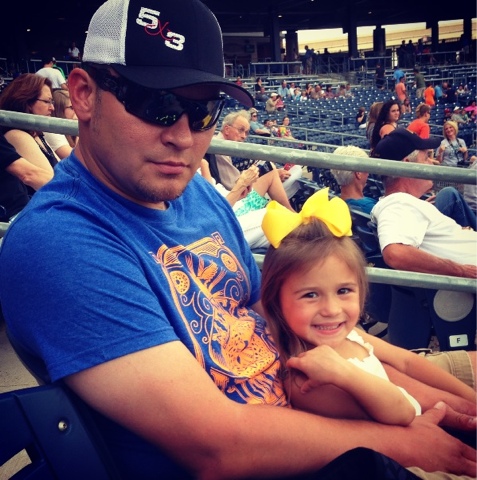 Nothing makes me love him more than to see him with is kids!
I know we will be doing LOTS of this when Kason is older! 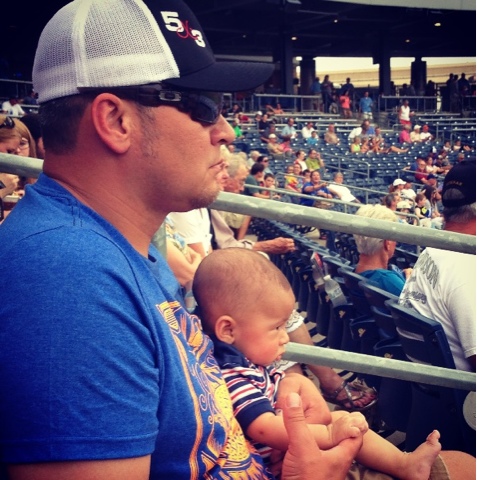 I know sometimes I feel tested to the limits as a mom and never want to leave my house, but last night proved that we can... we just need to go with the flow and see how the kids are feeling! We stayed until the 5th inning. We got to see some of the game, H got to play and she got cotton candy. It was a good night for everyone! 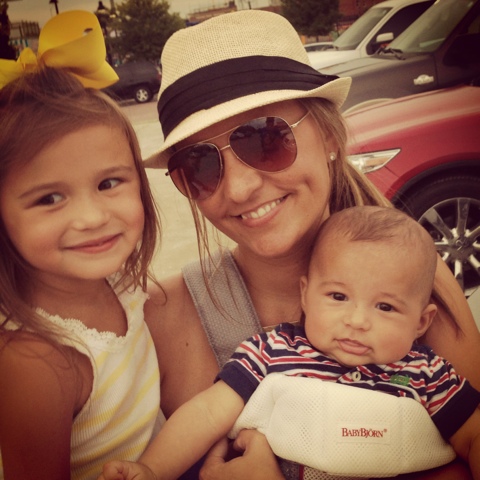 And I totally forgot how much I LOVE live baseball!
Hello baseball pants!
Oh what I could give to see my hubs back in a pair of those pants! :-)
....he didn't agree! ha!