Toby Keith held a benefit concert for the Oklahoma tornado victims. The concert included Toby Keith, Garth Brooks, Willie Nelson, Trisha Yearwood, Ronnie Dunn, Sammy Haggar, Mel Tillis and Carrie Underwood via satellite. I have to tell you this thing was amazing! They estimated almost 70,000 people being there! The only things that I could have done without is the 90 degree weather and the almost 30 minute breaks between each performance! A 7 hour concert is LONG! But it was totally worth it. Our friends, Kyle and Kristen, got us the tickets so we all went together. Super fun day! (But it was SUPER hard to leave Kason for the entire day! I kind of wanted to back out that morning, but Garth Brooks was calling my name! Ha! Thanks to Gigi for watching both the kids!)
The hubs and I 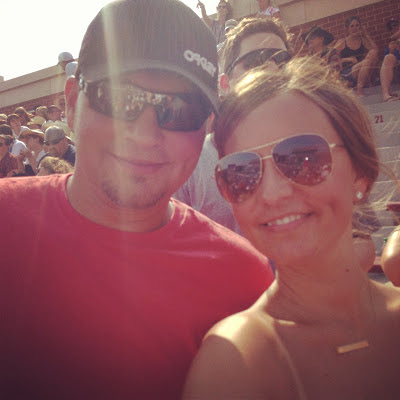 Kristen and I
(no one mentioned how bad my tan lines were! I swear they didn't look like that before I left! Ha!) 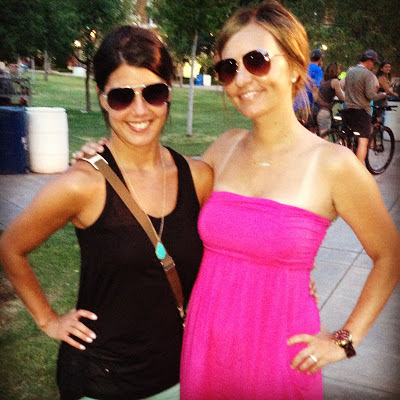 Garth Brooks... that man hasn't changed! I totally assumed since he was now 50 and it was 90 degrees, that he would walk onto the stage, sing a couple of songs and walk off. But nope... he still goes 100 mph and screams at the top of his lungs! I am so glad I went to see him... now here is to wishing, hoping, praying that he does one last tour like we are hearing!!
Just a little friends in low places....