3 months. I have a 3 month old baby boy! I remember it going really fast with Hadlea, but I feel like the days are at warp speed! I just need time to slow down a bit! Believe it or not, I honestly have a hard time thinking I am dealing with my very last baby! Would I want more kids? Sure! Would I want to physically have them myself? NO WAY! Are there any surrogates out there?! Ha! And I know I would NOT be talking this way if Kason wasn't the most perfect baby ever! He has seriously been so easy!
I mean... just look at that face! 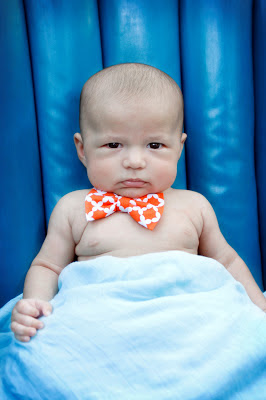 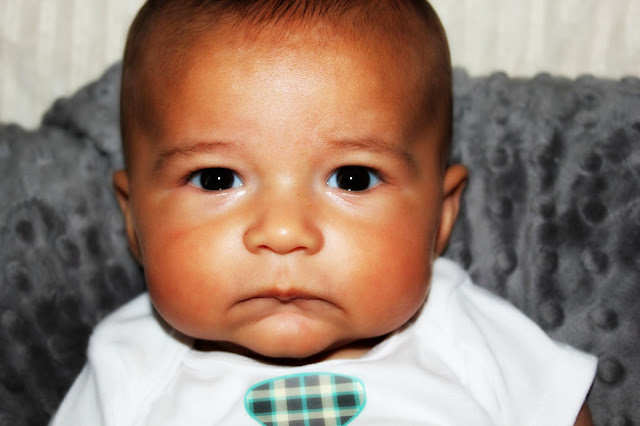 Happy 3 months sweet boy! You have been the absolute perfect addition to our family! I just cannot imagine my life without you! You will always be momma's favorite boy!

He is seriously darling!! Glad he's such an easy baby!!

He's such a good looking boy!