Around 2am on Thursday, April 11, I woke up to use the restroom. As I stood up and started walking to the bathroom, my water broke... and believe it or not, I made it to the tile! {maybe too much information, but I was super proud! ha!} At first, I wasn't sure if it was my water. I honestly had no idea what to expect. But the longer I stood there, the more it confirmed that it was indeed my water.

I cleaned up and woke up Justin. We called my brother Alan to come and get Hadlea. Justin packed his bag and the car. I finished packing my bag and fixed my hair. {I had went to bed with my hair wet so it just needed a little drying and straightening! Justin wasn't too keen on this idea! ha!} I wasn't having any major contractions, only pressure and discomfort.

As I was fixing my hair, Justin walked into the bathroom with Hadlea. I guess she had heard us moving around. We explained what was going on... which didn't go so well. By this time, her and I were both hysterically crying. I knew she would be fine with Alan and Amanda. She loves to go with them, but I knew right then that those last minutes together between her and I would be the last ones she would spend as an only child. My emotions were going in 100 different ways.

Alan took Hadlea and left. He called within 5 minutes, and she was fine. She was telling him stories about daycare. This made everything so much easier. Justin and I finished packing the car and off we went to the hospital.

We made it to the hospital around 4am. They did all of their checks to admit me. The funny thing... the test to see if my water had broke was negative. I was just so nervous, scared, etc that I couldn't stop laughing. I was 100% sure that my water had broke and the clothes I was wearing could also prove it! Ha! I guess it sometimes happens so they did another test, which was positive. By this time, the contractions had started as well.

{We tried to get some sleep once we got settled. Our room was freezing!} 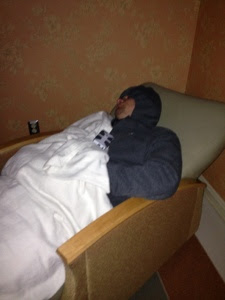 They continued to check me about every 1-2 hours. By 7am, I was still dilated to a 3. My contractions were around 2-3 minutes apart and getting stronger, but not enough for progress or to make Kason move down. At this point, he was still very high.

At 8am, I got my epidural. The epidural only worked on my left side. There was a section of my right hip that wasn't numb. I thought I could make it with just a little pain and told them I was fine.

{We received pics from Alan and Amanda. It was so nice to see Hadlea was happy!} 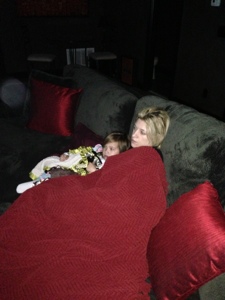 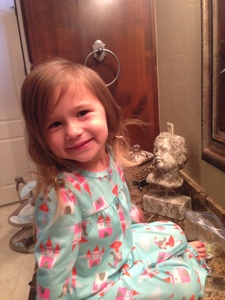 {Alan even got her dressed and fixed her hair! He is SO awesome! Funny story... he was going to take her to breakfast, to get a pedicure and then shopping. Once they got to the pedicure place, she was like NO! She did not want to do it. When they got to the car, he asked her why. She said, I want to go to the petting zoo! Pedicures?? Petting Zoo?? Pretty much the same, right?! Ha! But she settled for shopping for her brother!} 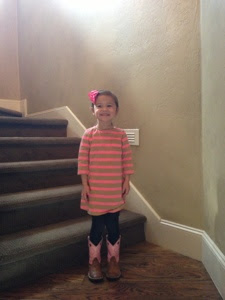 I got check again at 9am and was a 3/4. They wanted to speed up the process a bit as Kason's heart was starting to stress if I laid any way except on my right side. They were really wanting me on my left side, but each time I moved, he wasn't liking it. They gave me a dose of pitocin to increase my contractions. At 10am, I was a 7 and knew I wasn't going to handle many more of the contractions! Ha! I called for the anesthesiologist. I guess you can get 'windows' as they call them with the epi. They gave me a stronger dose {half of a c-section dose. wow!}, which fixed the problem.

After that, it was smooth sailing! I put on makeup, talked to Justin, my parents and inlaws. At 11am, I was checked again and was a 9.5. They were calling Dr G. Dr G arrived at 1120 and at 1130, our sweet baby boy had arrived! He was born with the cord around his neck {and so was Hadlea. what is it with cords and my babies?!}, which was the issue with his heart rate. 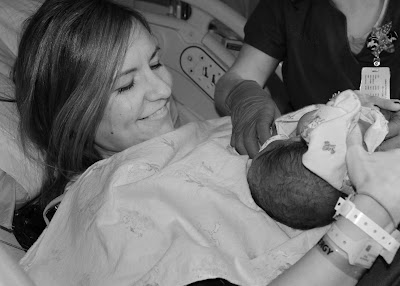 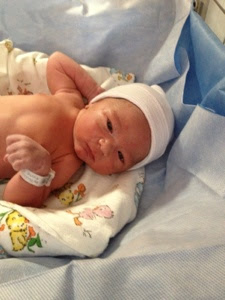 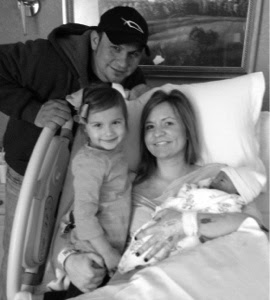 I had previously had an appointment to get my blood pressure checked with Dr G at 1115. We all joked that we made the appointment for the delivery and not for the office visit! Talk about perfect timing! Also, Dr G was to go out of town at Noon that day... it just all totally worked in my favor!

So comparison's between getting induced and going on your own... I say going on your own is SO much easier! I know it is easy for me to say because this was totally the picture perfect delivery! Had the epi worked 100% from the beginning, I would not have ONE single complaint! Although, I cannot even complain that much about the epi because it was a very fast fix!

And just 26 hours after Kason's arrival... we left the hospital with TWO kids... and our hearts have NEVER been more full... 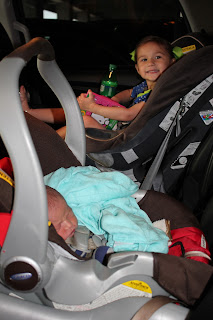 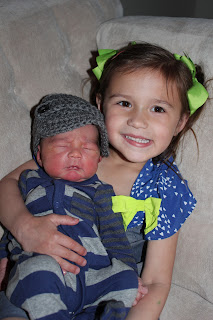 And just to brag on my husband a little bit... be jealous of my 'push present'...
{also my ten year anniversary present (in September) all rolled into one!}
He is super awesome! 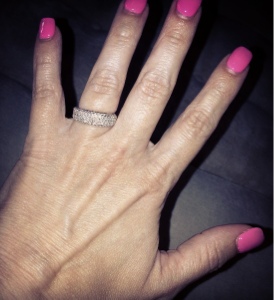 What a perfect day! Love the misunderstanding of the pedicure and petting zoo..so cute! Congratulations!!

You are amazing!! Love your push present, so jealous!