Just another day of conference calls for Berkley, Kason and I! 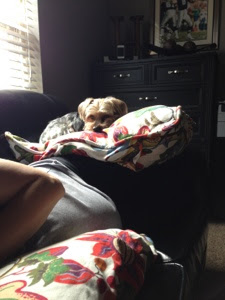 Hadlea's outfit of choice for the day... 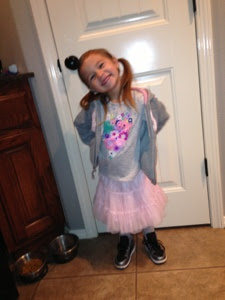 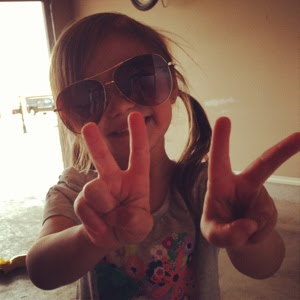 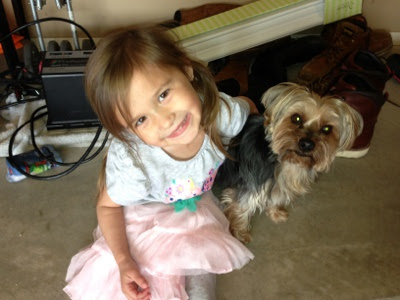 Hadlea is totally into doing my hair. I was actually pretty proud of her for getting two hair bands to stay in and then she took this pic! 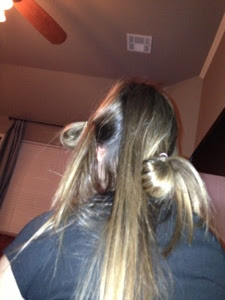 She made cousin Riley a card and I told her the letters for his name. I was SO surprised! I had to help with the y... 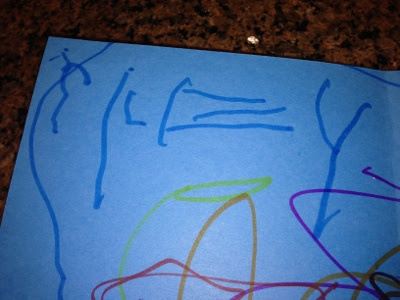 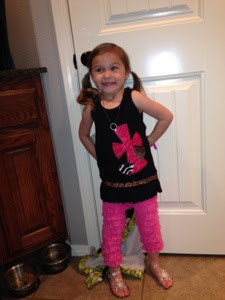 Hadlea has been wanting to wear whatever I am wearing. Most days it is a scarf. One day it was a necklace. The next, it was a ring. However, I didn't have a ring to fit her so once Gigi came to down, we went to the $1 jewelry store to buy her one. She was so proud and called us 'twin friends' since we all had rings and necklaces! 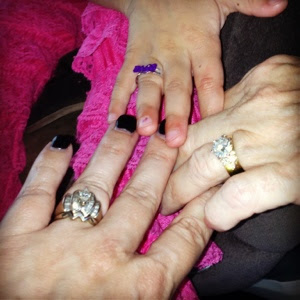 We watched the Final Four outside on the garage projector!
Perfection! 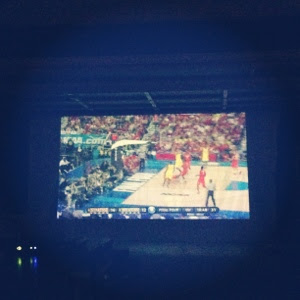 Gigi came down and took Hadlea to Sesame Street Live.
She bought the tickets a long time ago. We 'thought' Kason would have been here before the show and Gigi wanted to take H to do something special. Little did we know he STILL wouldn't be here! Ha! 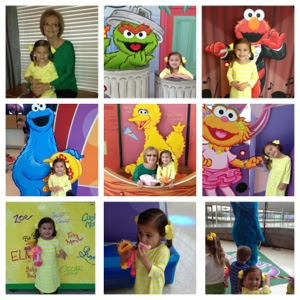 We spend the evening playing in the playhouse! 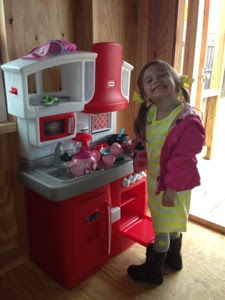 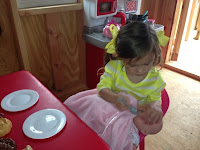 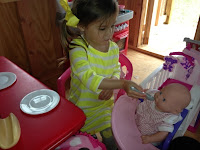 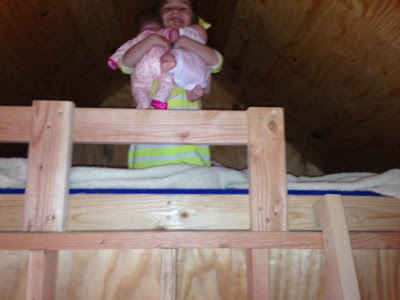 Nana got the cast on her hand from her last surgery.
H came in one night saying she broke her hand like Nana! :-) 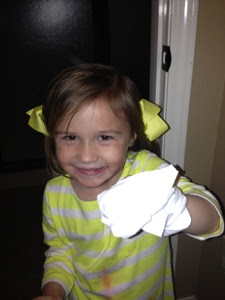 If you have a $1 Jewelry Galore near you, GO!
All headbands and bows are $1. We bought lots more than this.
They are even the large 6 in bows. 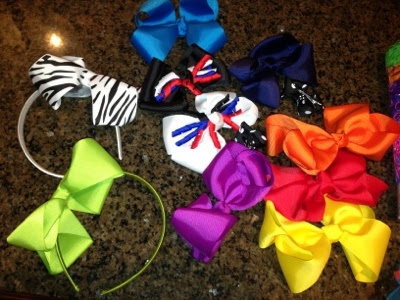 This happened to be my final day of work! We got a visit that night from Riley, Hannah and Aunt Leslie! 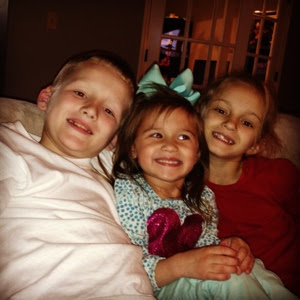 H LOVES to play bubbles in the bathtub!
These bubbles are awesome and no idea where I got them! 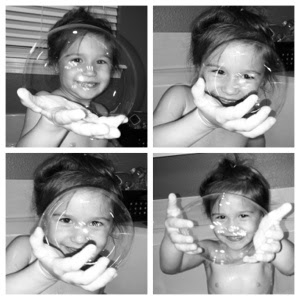 from here on out... phone dumps will include a baby boy! Eeek!
We are so thankful and proud he is finally here and PERFECT!
God has been so good to us!