hand writing and a birthday

Back on December 31 {I obviously forgot about these pics}, Hadlea and I spent time writing her name. She is really into letters and writing lately. She doesn't always get them write, but for the most part, she has done really well! 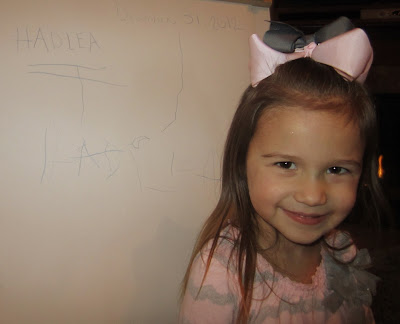 I wrote her name first and then she wrote each letter underneath.
I was pretty impressed! 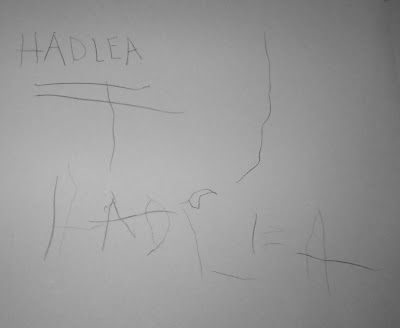 Her daycare teacher text these to me yesterday, which made me think of the above. They are tracing their numbers. We have been working on tracing too, but these are pretty impressive since she hasn't been doing that well with tracing lately. 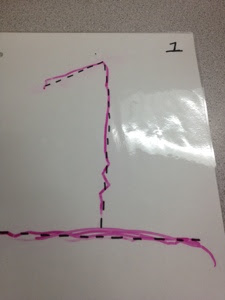 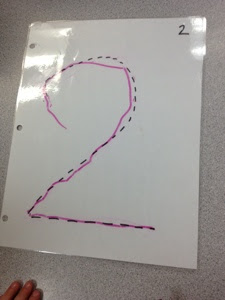 Hopefully she gets her daddy's writing skills. I have the worst writing!

And another thing I forgot to post...
our sweet Riley's 11th Birthday Party.
We took some of his friends to play laser tag.

Since Hadlea and a couple of the other kids were too young for laser tag, they played in the arcade... which you will never get any grief from Hadlea doing that. They also all rode go-carts! 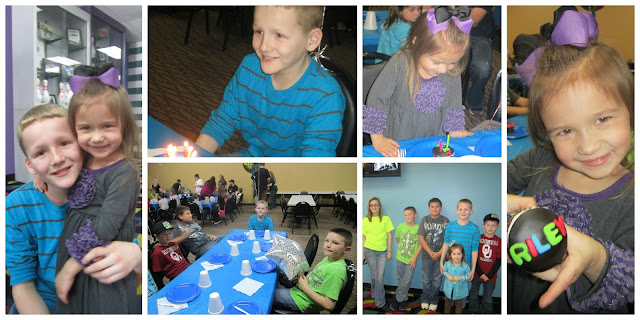 I think it was a successful birthday party!

Way to go Hadlea! It's so rewarding to see you kids learn new and do new things! :)

That's great! I asked Asher to write his name like you did with H and he wrote a decent "A" then said "Asher all done writing" - and ran off. Haha, not interested I guess. :-)