Most people know my LOVE for Eric Church. You would be VERY surprised at the number of texts I get a week regarding him... someone heard something about him, someone heard him on the radio and thought of me, even my dad seen him on tv and called to tell me he was on!

So.... when he came to town, you can ensure everyone was calling me asking if we were going. And of course, we were! We got 16 tickets. 12 of them came from my brother and they were THE BEST SEATS EVER!

I kind of questioned going with a large group because a large group means large amounts of alcohol. And being prego just doesn't make that sound really appealing, however, our friends are AWESOME! And it was the best concert to date! 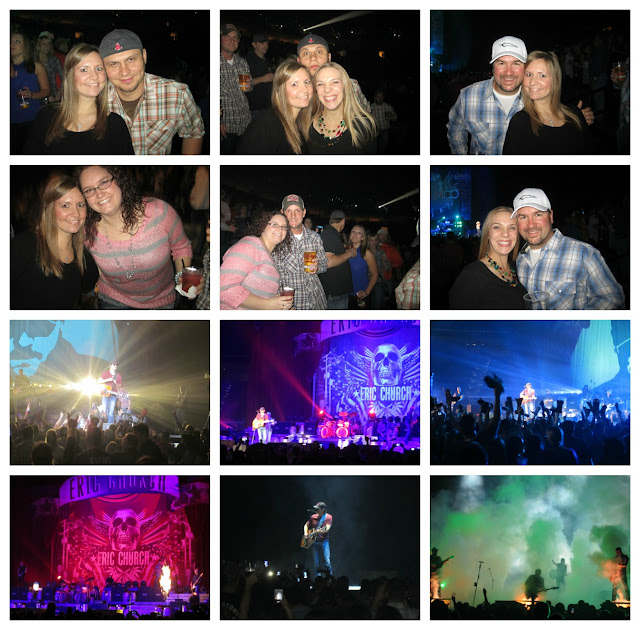