We have been gone the last few days visiting family and attending the funeral of my dad's dad. Although funerals are ALWAYS hard, I know my grandpa is exactly where he needs to be today! He was a loving grandfather and never let a visit go by that he didn't tell us how much be loved us.

As a father of 12 {Yes! TWELVE!}, he knew how to open his heart and show love to many! Although I am not sure how my grandparents raised 12 kids, {I can barely raise 1 and have anxiety about bringing in #2}, I am so glad they did! I am SO THANKFUL for my large family. It is just not something that many get to experience, and I just hope my grandpa knew how proud we are to be Kilian's!! 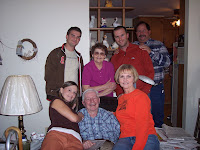 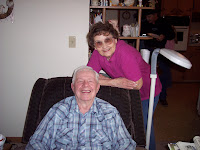 My dad's brothers and sisters with grandma and grandpa 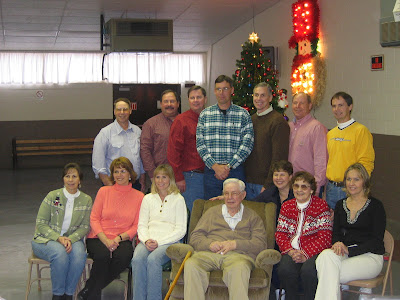 SOME of the grandkids at a family Christmas.
we don't get to have holidays together in a house.
we just don't fit! :-) 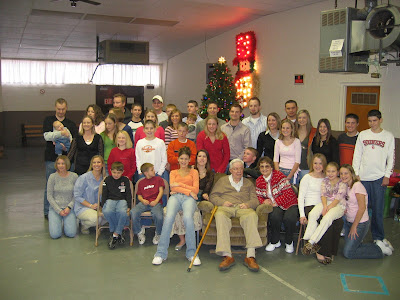 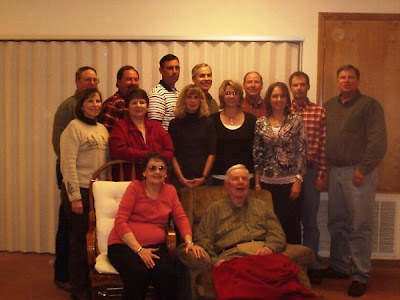 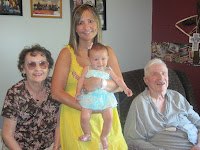 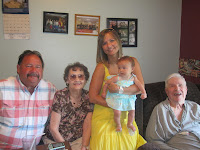 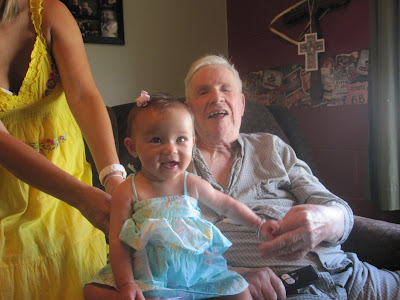 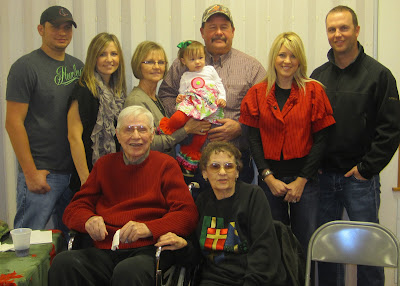 since our number of great grandkids is outgrowing the number of just grandkids,
we have moved on to the GREAT grandkids pics! Ha! 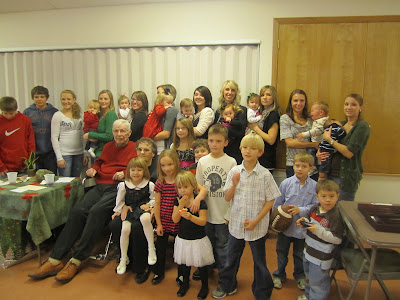 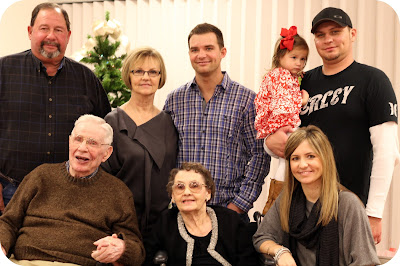 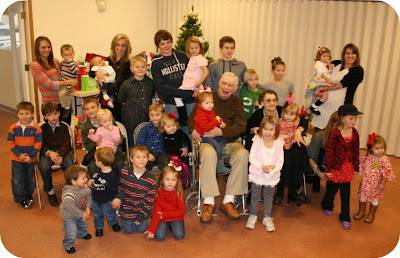 Santa {my dad} with grandma and grandpa 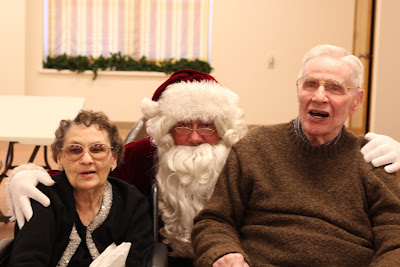 I was so blessed to be able to read my Grandpa's obituary with my cousin's Tyler and TJ at his rosary/wake and funeral. I am still not sure how I was strong enough to get through it, but I did. I know he would have been proud of all of his family.

Mass of Christian burial for Ben Kilian age 89 of Medford, Oklahoma will be 10 a.m. Monday, November 12, 2012 at St. Mary Catholic Church, Medford. The Rev. Mike Wheelahan will officiate. Interment will follow in Calvary Cemetery with military honors. Arrangements are under the direction of Lanman Funeral Home, Inc., Medford.

Ben was born January 12, 1923, near Renfrow, Oklahoma to Adolph and Goldie Meritt Kilian and died Thursday, November 8, 2012 at Integris Bass in Enid, Oklahoma.

He attended District 30 School north of Medford and also Medford Public School where he graduated from high school in 1940. He enlisted in the United States Air Force in December, 1942 and attended school in Fort Logan, Colorado from January to April, 1943. The last of April he was shipped to Topeka, Kansas and then overseas from the Port of New York City on a ship named Brazil. Traveling through the Panama Canal to the South Pacific, he served in the Asiatic Pacific Theater of operations during WW II with the 13th Air Force as a service unit on the 2nd and 3rd echelon aircraft maintenance. He spent time on several islands including, New Caledonia, Espiritu Santos, New Hebrides, Admiralty Islands, Las Negros, Morotai, Halmakera, and Luzon on the Phillipines at Clark Field near Manila. He arrived at San Franciso on Thanksgiving Day, November, 1945 and then back home in December, 1945.


He met Deloris Walker in February, 1946 and they had their first date on April 2, 1946. On this first date his car was stolen while they attended the Senior Class Play. They were engaged in July, 1947 and were married November 18, 1947. Their first home was a small rented trailer which was parked on Adolph Kilian’s farm. They moved to the school quarter in March, 1948 and began farming. Six children were born there: Mike, Linda, Tony, Steve, Danny, and Nancy. They moved to the Waldie place in July, 1956 where six more children were born: Mary, David, Teresa, Kevin, Gary, and Paula. They then moved to the Sturtz place in December, 1964. He continued to farm while also raising cattle, driving a school bus, and working for the United States Postal Department in Medford beginning in 1965. He transferred to the Pond Creek Post Office in the early 1970’s and retired on January 21, 1983. Ben and Deloris moved to Medford in December, 1984. He drove the Medford Vo-Tech school bus from 1988 to 1993. He was a member of the Knights of Columbus and the Order of Forresters. Throughout Ben’s life, his faith, family, and friends were very important to him. He also had a great love of horses.

He was preceded in death by his parents, one brother, five sisters, and one grandson.

What a lovely post and tribute. I'm so sorry for your loss. :-(

Hadley's middle name was my grandmother's first name. I loved her so very much and even though she's been gone for many years now I still miss her and was thrilled to have a little girl whose name could honor Gram's memory.