I went back to my home town for homecoming this year. Last year was my 10 year, and this year was the 10 year of the class below me. Since I have several friends in that class, I was glad I was able to go back and see them!!
H, Berk and I headed out Friday after work! Hadlea was chatty the entire way, and my sweet boy just chewed and slept on his blanket! Sure wish kids were as great to travel with as Berkley! :-) 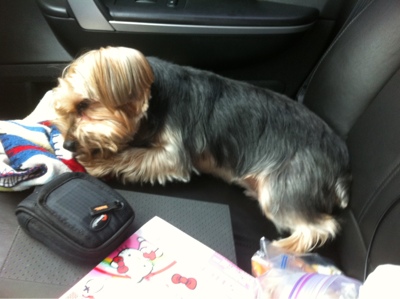 Friday night, I went up to the 'pool hall' as we call it to meet friends. It is really just the local bar... only bar for that matter! Ha! My town is VERY small! I know when I was there, the population was around 1200... could be less now. And I only graduated with like 25 kids! Small towns are THE best! :-)

Saturday morning was the parade and turtle races. We spent the morning prepping Hadlea's turtle for the big race! Ha! We painted it so she would know which was once hers, and then we let it run around as she chased it yelling, "go choo-choo go!"... no idea why she thought it went like a train?! Berkley on the other hand thought the thing was the devil... he hated it and even tried biting the poor things head off one time! 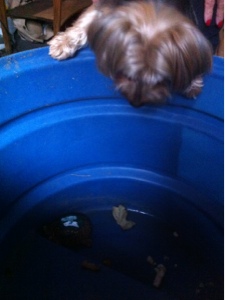 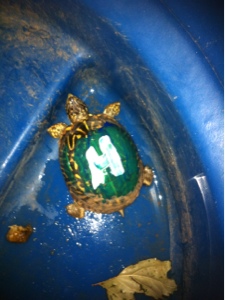 The parade was super fun! I loved watching the kids! I remember doing this every. single. year as a child so it is special to be able to take Hadlea back! 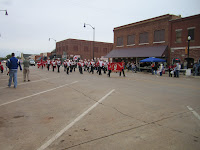 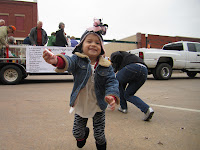 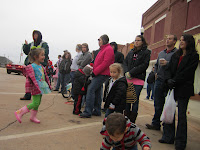 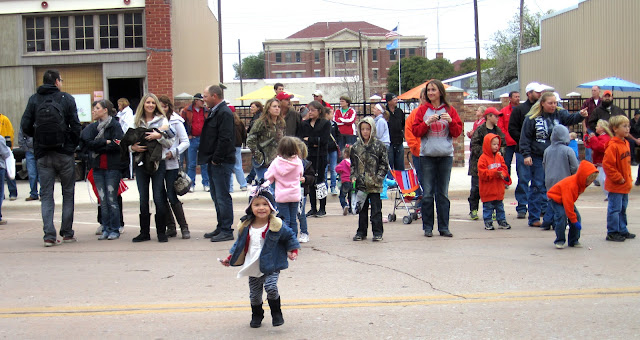 All of my friends kids were able to play together!
There are 10 babies in this picture!!! ...3 still in progress!
Alea (+1 in Feb), Catherine (with Kate and Hayden), Jennifer (with Ady and Logan), Hadlea (with Hadlea and +1 in April) and Amanda (with Ivan, Jake and +1 in April). 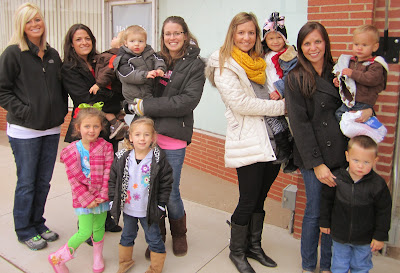 After the parade and lunch, it was time to race "choo-choo"!
He got 2nd in his class and made H a whopping $2!! 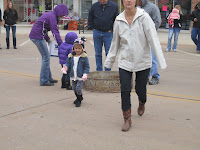 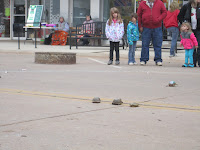 Later, we went to church and dinner. Hadlea decided she wanted to try on Gigi's ring! Now, she has asked for one several times....
Calling Poppa!!!!!! :-) 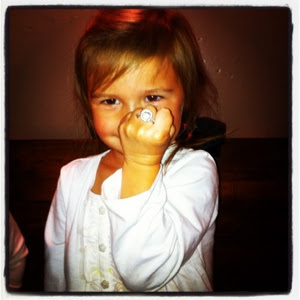 Alan brought Avery by to stay the night with us while he was hunting! 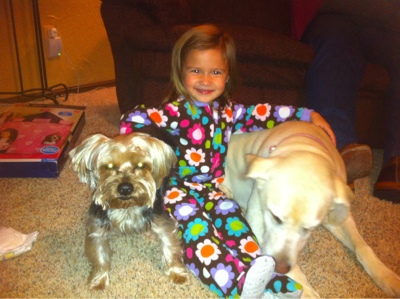 So I got the pleasure of sleeping with Berkley and Avery! Avery definitely puts off more heat than my little 11 lber! 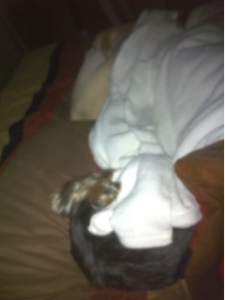 Sunday, we went to Grandma's for a visit and got to see Uncle Gary again!! 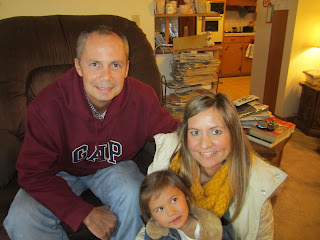 We finally made it home to daddy, and it was painting pumpkins time!
Gigi bought H some pumpkins and she was DYING to paint them! 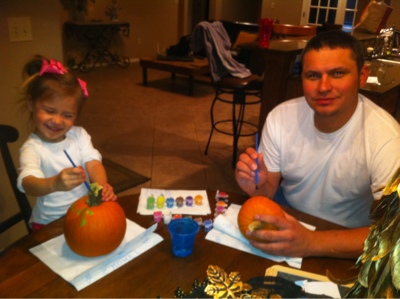 Just another full, fun weekend!
So thankful for family, friends and awesome memories!