Soooo... this is the post that should have been first, but since you already know the 'NEWS', here is a recap of how it all came together!

H is going to be a BIG SISTER and Berkley a BIG BROTHER!
I honestly cannot believe this is happening!


I found out on August 17th! This was all during the madness of me trying to go to Indianapolis and my family falling apart... {I added some details to THIS post.} I kind of feel like I have referred back to that one post a good 20+ times, but it is almost crazy how so many things happened in just a VERY short couple of weeks! I am so thankful I have two healthy grandmas, a healthy uncle on his way to a full recovery and a growing baby that we cannot wait to meet! 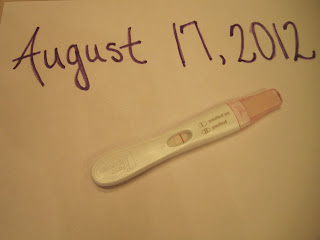 Leading up to August 17th, I hadn't been feeling very well. For a few days I felt like I was starting to get a cold. In the previous few months my 'monthly girl stuff' had been messed up so since it was 'really' light in July, I didn't really think much about it. {sorry TMI}. Since I was leaving on a girls trip on August 18th, and I knew that alcohol would be consumed, I decided that I should take a test. I got up that Friday morning and took it... and took another... and took another. 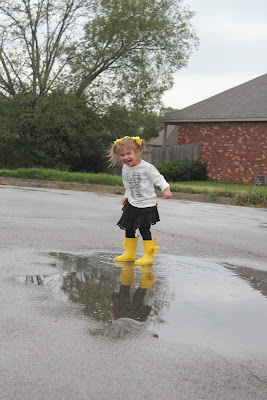 To say I was freaking would be an understatement! 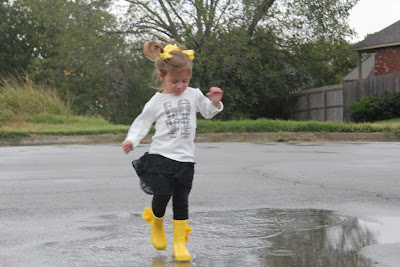 Justin and I had started trying earlier in the year, but in June, my brother and SIL told us they were expecting. I have waited SOOOO long for my brother to be a dad that I did not want to 'rain on their parade' during this time! That night I told Justin that I wanted to wait a year. I am not sure why I put a year on it, but I thought it would just work for us. 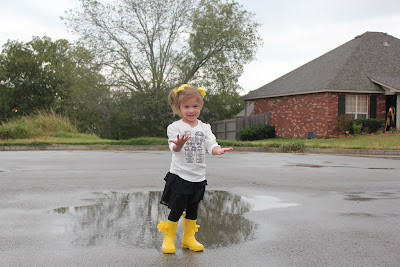 So when the test turned positive that morning, I was happy, sad, excited, scared... I really didn't know how to feel. I called my friend Shannan... who wouldn't answer her freaking phone. Why does that always happen when you need someone?! I went back to working and soon enough she called. We talked it out... I was happy. Excited. But I did NOT know how I was going to tell my brother. I just felt so guilty. 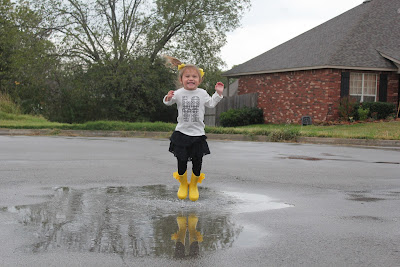 I knew, without a shadow of a doubt, that my brother and SIL would be nothing but excited. They are two of the most caring people. I knew that they wouldn't be anything but happy. But I still felt guilty. 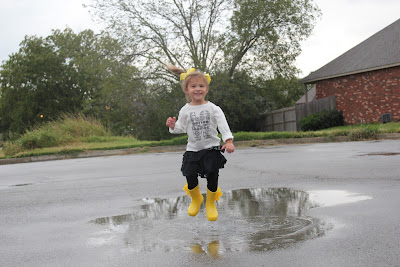 After finding out, going on my trip and before telling anyone else, I started spotting. Since we have been down this road before, I pretty much knew the outcome. I was scared. Many times I called Justin crying at work. He would call me 100 times a day. I knew there wasn't anything we could do but pray. And that we did. After two days of it, it stopped. I am pretty sure I cried for another 2 days just thanking Him for His answered prayers. 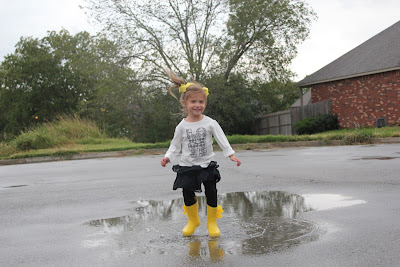 Justin and I {and Shannan and Julie} kept it between ourselves until Labor Day weekend. We then shared it with my parents, granny, aunt becky and nana. I was SO sick Labor Day weekend. Nana came to the rescue and took H one day so I could sleep while Justin went fishing. I ended up losing 5 pounds over that weekend. 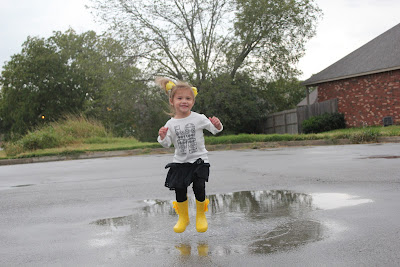 The Monday after Labor Day was my first doctor's appointment. My mom, Nana, Justin and Hadlea went to the ultrasound with me. I was so excited for H to see the baby... and wouldn't you know she didn't care one bit! She wanted to leave and get a sucker! :-) 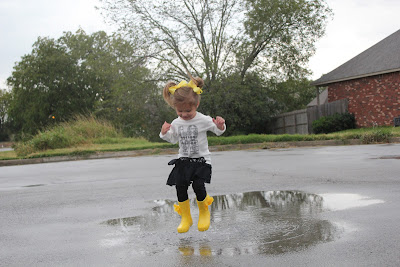 When we went to my doctor's appointment, they were telling me I was around 8 weeks along... but wouldn't you know I was 11!! :-) I will take the extra weeks anytime! Ha! 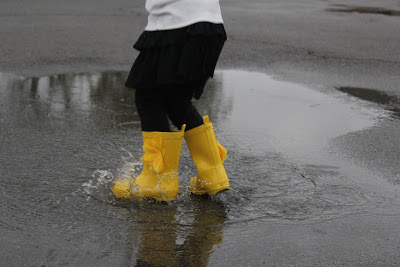 I waited until after Alan and Amanda's Gender Reveal Party and told them that next week. And like I thought, they were nothing but excited! I actually told Alan first when I was talking to him on the phone one day. We were talking and all of the sudden I started crying. When he asked what was wrong, I just told him. I just couldn't hold it in any long. And wouldn't you know he started laughing. I apologized and told him how guilty I felt, but he assured me he was SUPER happy. We went over to their house that night to share the news with Amanda. I felt so much relief telling them.
We got to tell my other SIL, Riley and Hannah when they were at the house one night! I was so excited to tell the kids. Riley and Hannah are like my babies... I know I will get ALOT of help in the coming months from those two! 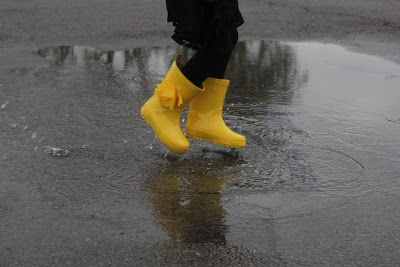 And after that... the word just started spreading {much like my hips! ha! Just Kidding!}

I loved sharing the news with everyone! I am just so thankful for our friends and family that we get to share this experience with! I know this will be the perfect timing for an addition to our family. After all, we go by His timing and not our own... something I need to remember! :-)

{And these pictures were supposed to include H in a 'Big Sis' shirt, but I was too lazy to put it on her! And... this just totally fits her personally! My little Lover!}

This is such a sweet story. I'm so glad your family are supportive and excited for you! I know I am! :-)

After I had to buy bigger underwear a few weeks ago I told Drew that it was no longer an optical illusion - my butt was ACTUALLY getting bigger. That part of me can stop spreading any time now. haha

So sweet! So fun for all the joy your family will experience in the next year! And how exciting for the bonus three weeks!!

AHHH Congrats!! I am so far behind, so congrats!! So happy for you!!