I posted a while back about going to visit my friend Shannan before she moved off. We were just starting to pack and close on our new house, but I wanted to go help her pack and say 'bye' one last time before she moved. I think on the four hour drive there, I told myself a million times that I wouldn't cry... not when I seen her, not when talking about the move, not when leaving. And believe it or not, we never did! I was just so thankful to see her, Michael and the girls one last time. I think I just kept telling myself how thankful I am that she is apart of my life. And how iPhones and FaceTime are life savers! :-)

We got in some packing, but mostly laughing and story telling! Still not sure how I talk to her almost daily, but we always seem to have something to say. We also got to go out for drinks with her current neighbor! 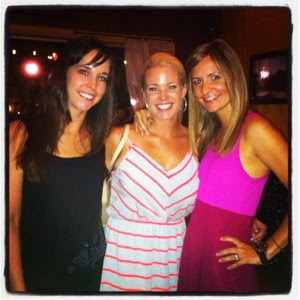 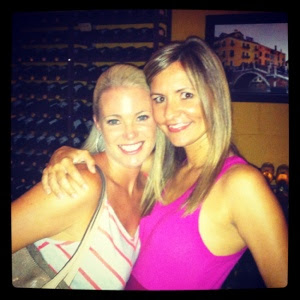 It was a fun night of girl talk and drinks. Just so thankful for true friendships!

And you want to know how I know Shannan is my friend sole mate?? Shannan is against tattoos. They are just not her thing! Me on the other than, LOVE THEM! I have one, and I would love to get more but my first one hurt so bad! So one day I seen this tattoo and would totally love to get it. So I sent it to her asking if we could get it... 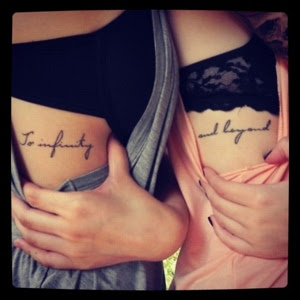 Want to know her response? Just a couple weeks later I received two necklaces in the mail... one with "To Infinity" and the other with "And Beyond". One half for me, the other for her. How is that at making my every wish come true?! It may not be inked on my body, but I can at least wear it! :-) What a jokester she is! 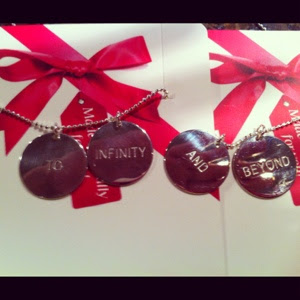 ahh. those necklaces are too cute. I am scared to death to get a tat. I can jump out of a plane, but show me a needle and I'll pass out.

Aww, having such a good friend is so special. I love thos necklaces! I'm with her - no tats for me. Ha ha!

I love you more than words can say!!! But those words don't really need to be permanently placed on my/ your body ;) this was the perfect solution!
Shan