It is still so hard to be to believe that we are having an NBA Finals Championship game in Oklahoma! ...who would have ever freakin' thought?! Basketball doesn't even come close to comparing to football for me {even though I have played basketball my entire life}, but this is a very exciting time! The state of Oklahoma is so divided between OSU (Oklahoma State University) and OU (Oklahoma University) that there is always so much crap talking going on... so it is SO great to see the state come together as one and root for our Oklahoma City Thunder! Just an awesome time for all of us!

Gigi bought Hadlea this little Thunder dress, and she was just so proud! Go Funder... as she would say! 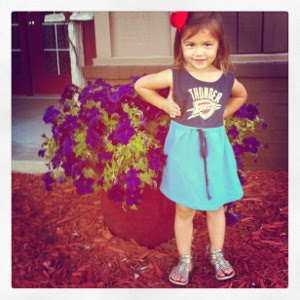 her many 'Funder' faces! 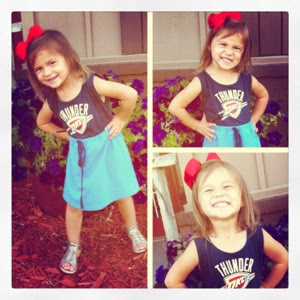 After work, we had the inspection on our new house. They found some very minor things that the seller will have to fix, but other than that, the house buying is going smoothly! And they have a SOLD sign out front! I showed Hadlea her bedroom and said, "you like it"? She said, "it not pink and purple"! So yes, the other day she told me she wanted a pink and purple room?! Pink I get since it is her favorite color. Purple, I have know idea?! I have some fun plans for her big girl room... pink is in it. Purple, not so much! 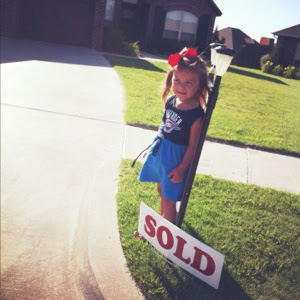 We then went to dinner with Gigi since she was in town for a meeting, and then we headed home to play before the game started. {her legs are getting so long! I never notice until she is in the swing!} 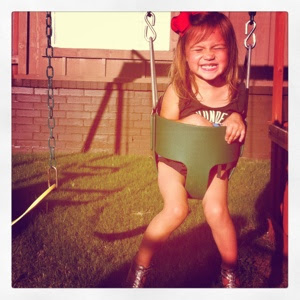 I turned around to look at something on my phone after she changed swings and this is what I saw?!?! Daredevil! You have to watch her like a hawk! I just knew at any second she was going to flip over backwards! 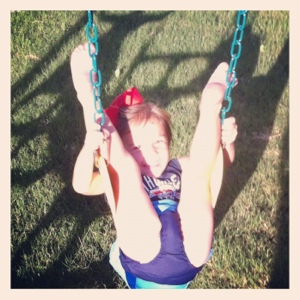 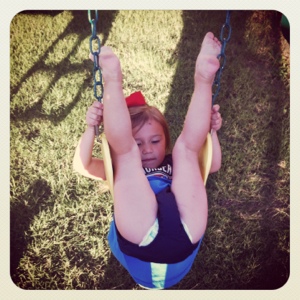 Now... H is in bed, J is out front with the neighbor guys and I am watching the Thunder! Hoping game 1 goes our way!! ...well, I hope they all do, but I won't be to selfish yet! Thunder Up!

seriously! she is adorable!!! i love all these pics of her - she puts the "fun" in funder!!
xoxo
ellen