tornado destruction in my home town

I debated on whether or not to write this post... mainly because it is hard to write about difficult things that are so close to home... and this just doesn't get closer!


My hometown {Medford, Oklahoma} where I grew up my entire life was affected by a tornado on April 30th. Friends that still live in the area started posting on Facebook as the storm started getting closer. And then they started posting pictures... this is west of our town (taken from the south). You can see a bunch of lights right above the Channel 9 banner at the bottom of the screen... yes, that would be our gas plant and North of that is our entire town! 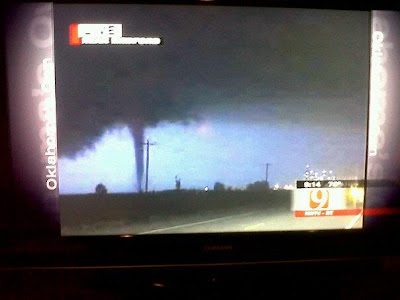 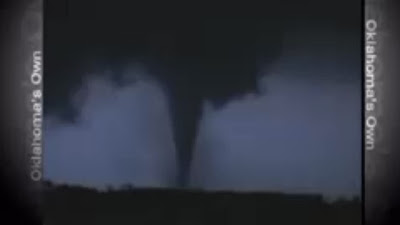 I grew up in a very small town... population of around 1200 (maybe less now). And I would be lying if I sometimes didn't want to take Hadlea back there and raise her. Although I love living in a larger city now, there is just something about wanting to go 'HOME'. It just feels 'safe' there. And if you didn't grow up in the same town/house your entire life, that might not make much sense.

Medford is my home. It always will be. No matter where Justin and I live or what house we live in, Medford will always be my home. And he is fully aware of this! As we started listening to the news cast and checking Facebook every 5 seconds for updates from the area, he asked, "If Medford gets hit, will you go back?". Me: "Absolutely. Not only are my parents, grandparents, aunts/uncles, cousins and friends there, MY house is there. The house I grew up in. The house that still has TONS of my childhood memories.". I think he might have been looking for a Yes or No answer. Ha! But the funny thing is... he completely agreed. Justin LOVES Medford. If Medford had a large fishing lake around, I sometimes think he would want to live there too. Crap... when we go back, he probably talks to more people than I do!

I called both of my parents several times through the entire thing. They lost electricity before the storm even moved into town. Most lost cell service, but thankfully my parents didn't. I am so thankful I was able to stay in contact with them!
Here are a few pictures posted around... a day or two before this storm, they had another storm move through that dropped 5-6 inches of rain. With this one dropping a large amount too, everything is now flooding. 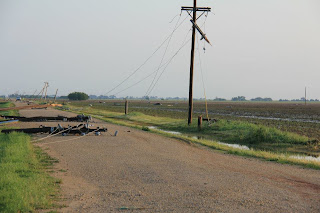 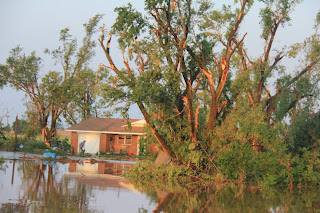 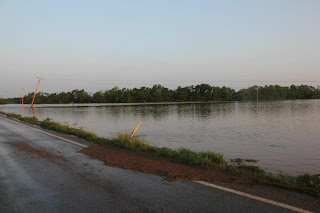 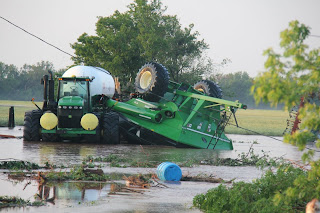 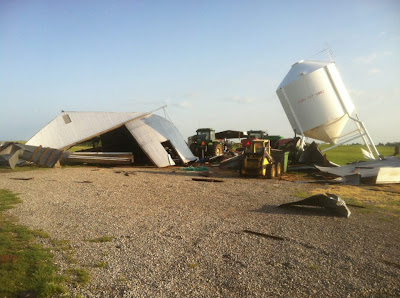 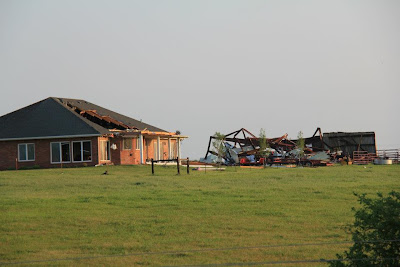 pictures via and friends fb

The town of Medford was safe. Everything that was largely affected was in rural areas. Lots of barns and equipment damaged, which is huge for a farming community. However, there were no injuries, which after all, is all that matters in the long run.

I received so many calls and texts regarding my parents state. So many said they started praying immediately after they heard Medford on the news. I have no doubt that God was watching over my family and MY little bitty town.

So glad everyone is okay! I would just be sick with worry, especially if I couldn't get a hold of my family. So glad they had cell coverage and that there were no injuries!