If you had told me after I got prego with H that she would eventually be in a daycare, I would have slapped you and called you crazy! Okay... so maybe not slapped, but I definitely would have called you crazy. Over the years, I have heard terrible stories about friend's kids at daycare.
We started out with a nanny and then went to an in-home daycare. There were good and bad about both. I eventually took H out of the in-home daycare and put her in the actual daycare. Nothing 'distastorous' happened at the in-home daycare, but I can definitely say I would never do it again, unless I personally knew the person.
Right after taking H out of the in-home daycare, I got a call from a large daycare. I had put my name on the list right after finding out I was pregnant. I had heard stories about people not having sitters/daycare after having the baby and then they struggle once they go back to work. I had no intentions of sending her to this daycare unless hell froze over, but I definitely needed the option in case everything else fell through.
And I can honestly say this daycare has been the best decision we have ever made for Hadlea. And I am sure I have said that before on here, and it will not be the last. Hadlea is a kid that needs structure... and LOTS of love! {spoiled much?! absolutely!} She gets both at our daycare. I have pretty much told every worker up there that there is a special seat next to Jesus Himself in heaven for each of them. They truly love those kids. They send videos and text messages almost daily letting me know what Hadlea is up to. And some days, that is about the only thing that gets me through the day... some days I count down the seconds after dropping her off until I can go back and get her.
And if all of the daycare's communication with parents and loving on our babies isn't enough... I am pretty sure this is...
Hadlea's school pictures! 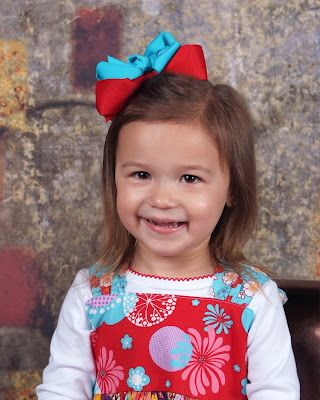 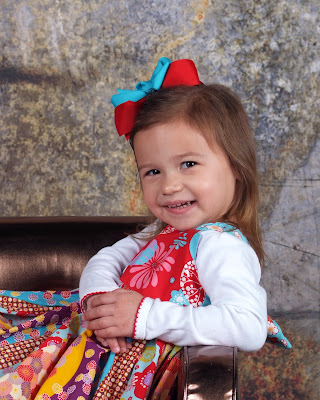 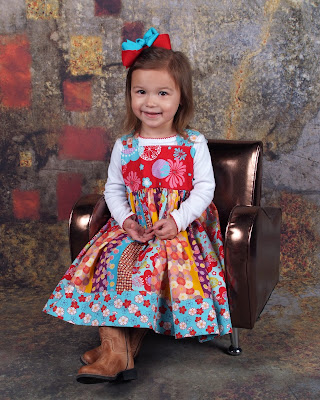 {my absolute without a doubt FAVORITE!} 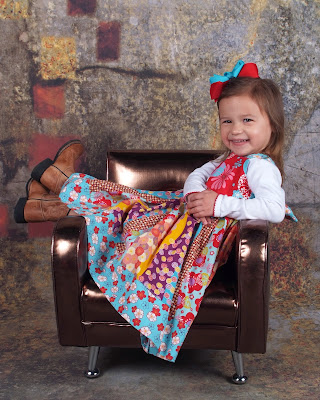 I mean seriously... who takes daycare pictures like these?! I almost died when I got the proofs back!
Because of last years pics, {yes, this is obviously a picture of a picture because I didn't purchase any!} I wasn't too concerned about her outfit because I thought they would turn out about the same. Thankfully what I threw together the night before didn't turn out to be too bad! Ha! 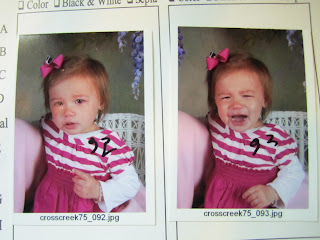 Ahh, I love that last pic too!! Your little girl is so photogenic and a born model.

those school pictures are too much! She is such a ham, I love it! I def understand having trepedations about daycare, but I'm definitely PRO daycare as well. I'm sure you could find a good nanny or in-home place, but I like the accountability and routine that daycares provide for sure!