I had set this to post while I was gone Friday and over the weekend, but that obviously didn't happen! Ha! So here you go... lots more iPhone pics!

Hadlea and her BFF Avery! Avery now holds his own bottle, so we prop him up on a pillow on Hadlea's lap and let her hold him... or 'feed' him! She thinks she is such a big girl to help with 'Baby Av-wey'! 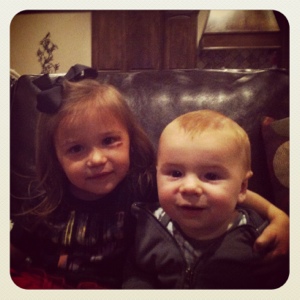 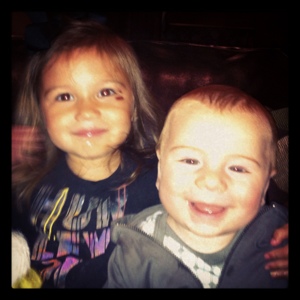 Last Saturday we went out to visit my MIL after her hand surgery. We seen a turtle on the road on the way out there and stopped and picked it up for Hadlea to see. She thought he was 'great'! ....as she does her brother! 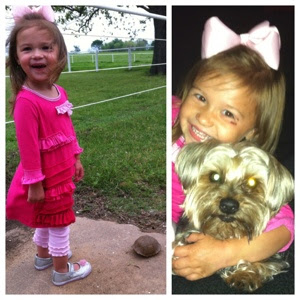 Hadlea is totally into cooking dinner! She will bring you a tray and say, "here you go, sir!". 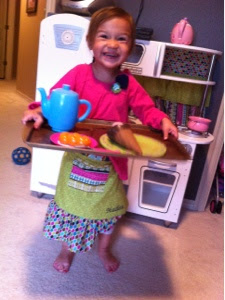 Hadlea and I went to lunch at Panera last Sunday and then she asked for ice cream! I always think it would be funny to see us at an ice cream store. I am not much of an ice cream person, so I never get any. I get her just a little bit because she normally just eats the toppings.... so we are never there but like 5 minutes and then she is done and throwing her bowl away! But it sure make for good photo ops and fun memories! Ha! 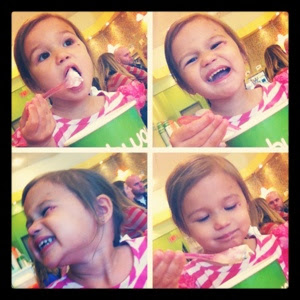 Berkley likes to ride in Hadlea's carseat when she is not there... with the window down of course! He is just the sweetest little pup! I sure missed him over the weekend! 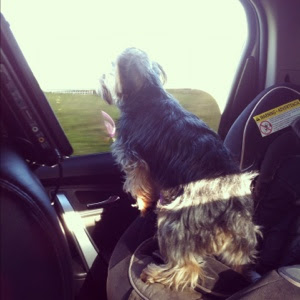 I have alot to share about our little 'mini' vacation to Arkansas! Hadlea was SO good... we just won't count the daily melting because the tournament weigh-ins were during nap time! I didn't think it would be an issue since she hasn't napped in more than a couple months, but I guess all of that time in the car and constantly being on the go... she just needed some rest! So her daily naps were from 5PM-7PM, but it worked out perfect!

Hope you all had a great weekend!

She is so proud of that supper tray, isn't she?! Too cute! Looks like y'all had a great weekend!