My SILs birthday was on Monday. I had some posts pre-scheduled, so I didn't get a chance to wish her a happy birthday on here. This has to be one of my all time favorite pics with Leslie. I think we all went to a Kenny Chesney concert, but no matter where we went, something ALWAYS happened that made for hilarious memories! And incase you aren't sure which ones we are... I am in the AWESOME cowboy hat {why would anyone let me wear that?!} and she is in the striped shirt.

Hope you had a great day Aunt Leslie! We Love You! 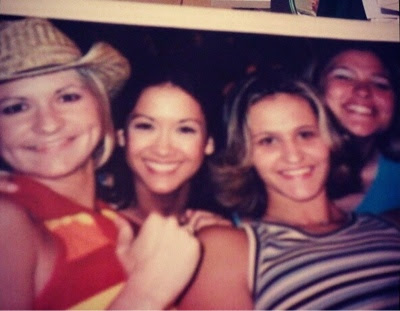 Tuesday was my sweet KK's 8th birthday! It is still so hard for me to believe that KK is 8 YEARS OLD?! I think she was around 2 when we moved in next door to her family, and I am ever so thankful that we did! Still not sure where I would be sometimes without her momma's friendship!! Kennedy and Brynlee mean as much to me as my niece, nephew and Goddaughter. I am just so thankful they are in my life... as does Hadlea. She thinks they are the greatest! 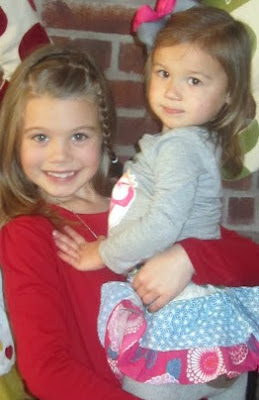 We sent KK a birthday message before bed. This girl is just hilarious!

I am sure I have raved about my love for Kanye West many times on this blog. If not, now you know. I completely agree that his attitude is crap, however, he is one of the most creative people I have ever followed. The guy can turn a small idea into a gold mine. I followed his ‘glow in the dark’ tour a few years ago. He built the entire concept of it from ground up. It was so amazing. I also went to the concert… and I may or may not have had to lie to get my husband to go with me. And guess what?! He bought his CD the day after the concert. And that is saying a lot coming from my husband!
With following Kanye, I have followed his relationships. He has LOVED Kim K for a LONG time. I am so glad to see them together. And I am probably the only person in America to say that… which I am completely fine with! Ha! I hope it lasts. If it doesn’t, it will be because of her. They have been close friends for years, so I think he knows what he is getting in to. Or I hope he does… 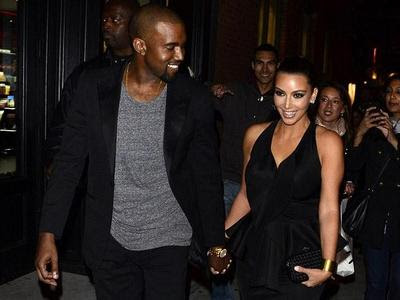