This weekend our friends from KC came into town... KK, B and Shannan (Hadlea's Godmother)! I had told Hadlea earlier in the week that they would be in on Friday, so every morning she would ask, "KK and B come today?". I had to tell her no for several days... until Friday!
She was up and ready Friday morning. She knew they would be here after school, so I had no issues dropping her off! Ha! The only issue I had was finding her something 'green'... you know, because in her world EVERYTHING has to be pink!
Friday at school, they had a St Pattys Day party so we had to take snacks. I got her out a green dress, but I knew soon enough that it would never work! Thankfully, I dug enough to find a pink and green dress! 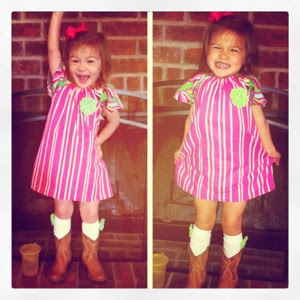 KK and B had been at their grandparents all week for spring break, so the grandparents dropped them off at our house Friday afternoon. I had all of these plans of taking the girls to Hadlea's daycare to pick her up. I knew H would LOVE showing off KK and B! However, at about 2PM we had issues at work, and I ended up having to work late. Daddy had to pick up H and bring her home. I was super bummed my previous plan didn't work, but the girls didn't know any different.
While I finished working, Justin was in charge of all 3 girls! I wish I could have heard some of those conversations! Ha! After I finished working, we all headed to the park, and daddy started dinner. Even Berkley got the chance to swing! 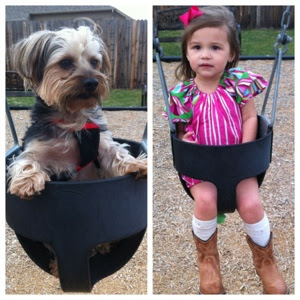 Daddy called once dinner was ready and we headed home to eat! Then... it was bathtime. Hadlea loved having them to play with, even though they were outside the tub. They had a great time 'drawing' pictures! 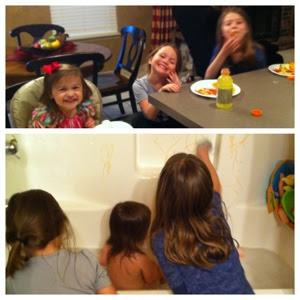 Aunt Shannan got in late Friday evening. Justin left to go stay with a friend as he had a fishing tournament the next morning (or he just wanted out of a house full of girls!), so after the girls were in bed, Shan and I got to catch up! Love conversations with that girl. There is just no better feeling than a very best friends that you can pretty much pour your soul out to and never have to worry about being judged.
Saturday morning, we got up, played and headed to eat lunch! Oh these 3 together in a few years is going to be tough! They have enough sass for about 50 other girls... I cannot imagine once they are in their teens! YIKES! 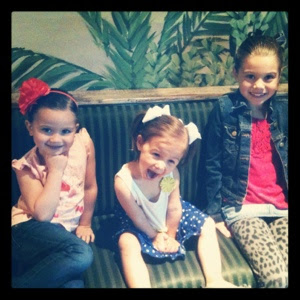 Then we headed out shopping. Have you ever been shopping with 3 awesome little girls, eating a bag of gummy worms and then the worms run out?! Yeah... not a pretty site! Everyone got Easter clothes and then we were out the door! :-)
We came home for naps and then the Roumbanis family joined us for dinner. We planned to cookout, but it looked like rain so we did lasagna. Yum!
The girls and Jackson played their little hearts out so they were worn out and ready for bed! 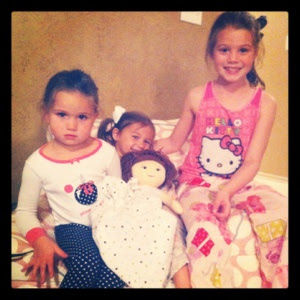 H needed a picture with her 'sista'... as she calls Berk these days. 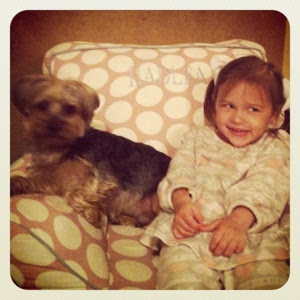 We also had to send a birthday text to Anna Grace!
Anna... We hope you had an awesome day on Saturday! We love and miss you so much! 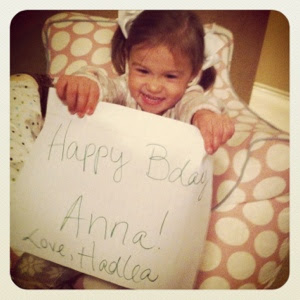 Aunt Shan, KK and B headed out Sunday after Justin fixed breakfast for all of us! We were so sad to see them go, but we are so thankful for their friendship!
Sunday afternoon, daddy worked on the yard and I played dress-up with H! Old Navy has some super cute stuff out right now... including shoes!! 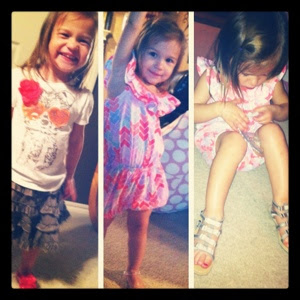 Sunday evening, we had to change into our KU gear and cheer on the Jayhawks for Aunt Amanda! That game was SO stressful! Thankfully they were able to pull it out! 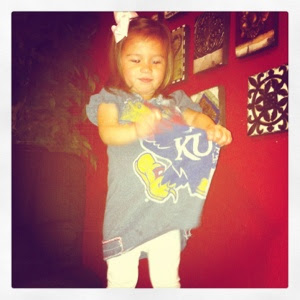 Hope you all had a fun filled weekend too!

Dressing your daughter is one of the most fun thing to do as a mom. You can teach her a very nice sense for fashion.