In my 30 years of existing, I have NEVER joined a fan club. Even back in those days of NKOTB and N'Sync.... even though I probably had 100+ of their posters in my room at some point, I never joined their fan clubs! But this year, I joined my very first fan club.... which is ever so cleverly called The Church Choir! I literally think my husband thought I was going crazy when I told him! Ha! But, they were offering meet and greets at the concert we were going to, and I was SO getting my chance at meeting Eric Church!
Eric's music has been around for quite some time, but it wasn't until I went to my first concert where he was opening that I fell in love! He is an amazing performer! He is so engaging and personable. I knew once he became his own headliner that the concerts would be more of a production... and I was SO right! 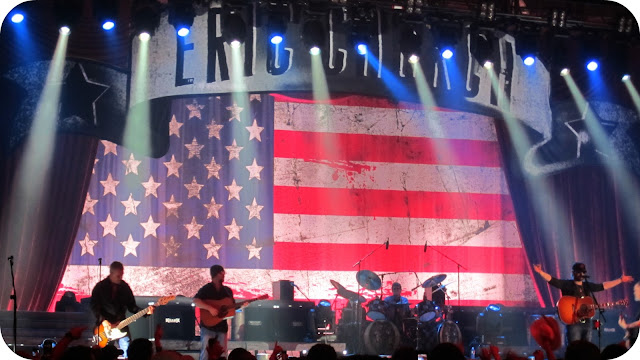 Everything he did had meaning... it was a great show! 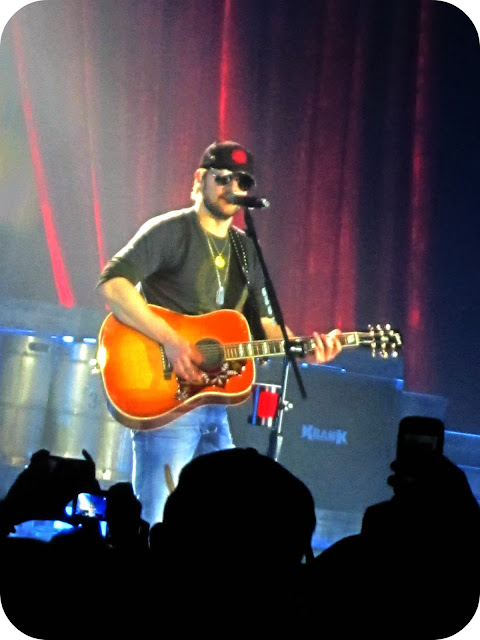 And I guess having great friends to experience it with was pretty great too! :)

If you have never listened to Eric's music, I would definitely recommend going HERE and checking some out! I promise, you will NOT be disappointed no matter what you listen to!

My all time favorite song "Springsteen", you can find HERE!