On Friday, I took the afternoon off to go volunteer with a group of co-workers at the Food Bank. I LOVE to volunteer, and I definitely need to make more time to do so. We put together food boxes that will be delivered to those that are less fortunate. I am always so humbled when volunteering. To think that some people sit and wait each month for those boxes... only filled with vegetables, fruit, protein and maybe cereal or breakfast bars. If there is one thing I did learn though... stop donating green beans or corn! The food bank has TONS. They need more meats/beans for protein or boxed meals. Another thing I learned is that you can volunteer at anytime, with big or small groups. Some have even had birthday parties there to give back! Kids cannot start until the age of 8, but I think that would be great to start with H when she is old enough... to receive gifts for your birthday, you must also give...

Gigi arrived on Friday. We cooked and hung out around the house. Hadlea has not been feeling well lately. We started to take her to Urgent Care that evening, but decided to wait and see her doctor on Saturday morning. H vomited on Thursday, but I thought maybe she had an upset stomach, but she hasn't been the same since. She pretty much did not eat all day Thursday or Friday. Friday evening, we were all trying to bribe her to drink so she didn't get dehydrated. We went to the dr Saturday and it seems she just had a virus. I guess several things are going around.
After the dr, we stopped by a pumpkin patch. I thought maybe getting H out of the house and outside would boost her spirits... WRONG! She did okay, but was still very whiny and clingy. We did get a few cute pics! 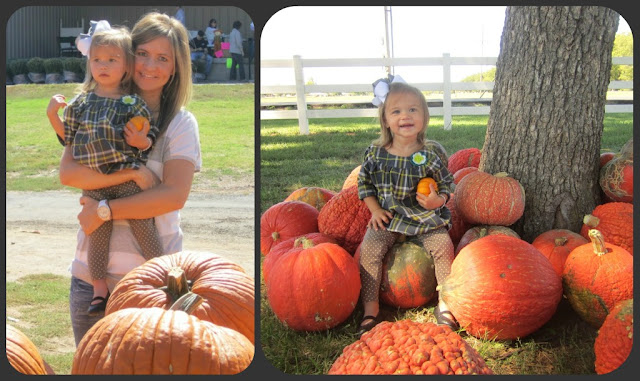 After the pumpkin patch, it was back home. H went down for a nap and daddy and I headed to Arkansas to spend the weekend with some friends. We were greeted by sweet Briggs! 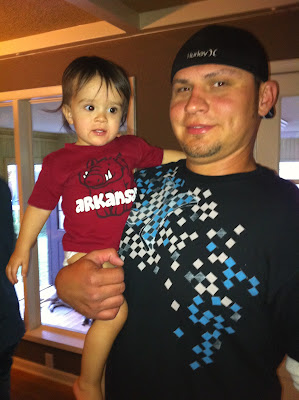 Deanna is my bff from college. It was so good to spend some 'adult' time with her and catch up! Mark and Deanna got a babysitter for Courtney and Briggs so we could head out to the Bikes, Blues and BBQ event. I had never been, but I have heard about it for years! It was INSANE! I know I am getting too old when I think the crowd is too big for me! Ha! They expect over 300,000 people/bikes in a town of 65, 000. CRAZY! 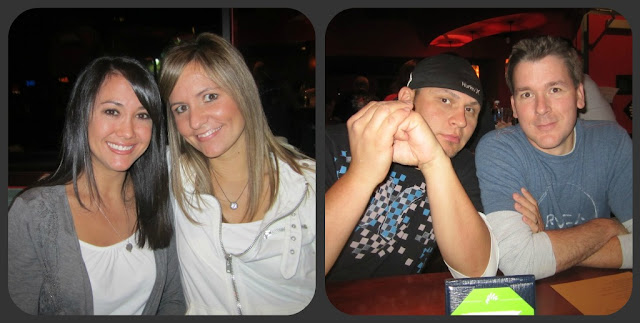 My little brother, Jake, and some of his friends road their bikes over there so we got to meet up with them! Always good to see my sweet baby brother... and make sure he is behaving! Ha! {and sorry to have to add stickers over my husband's stupid hand gestures! That guy will do anything to ruin my pictures! Ha!} 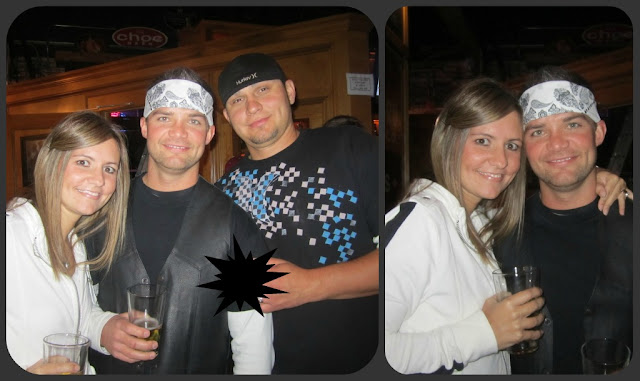 We got up Sunday morning and headed home to be back in time to take Gigi to lunch for her 60th birthday! Instead of going out, we picked up food and took it home so her and H could continue to play! After eating, H went down for a nap and Gigi and I headed out shopping! Fun mother/daughter time!
After shopping and Gigi leaving, Daddy, H, Berkley and I all headed outside. I think we played in the backyard for like 5 hours! Hadlea was SO funny! I definitely think she was feeling better! 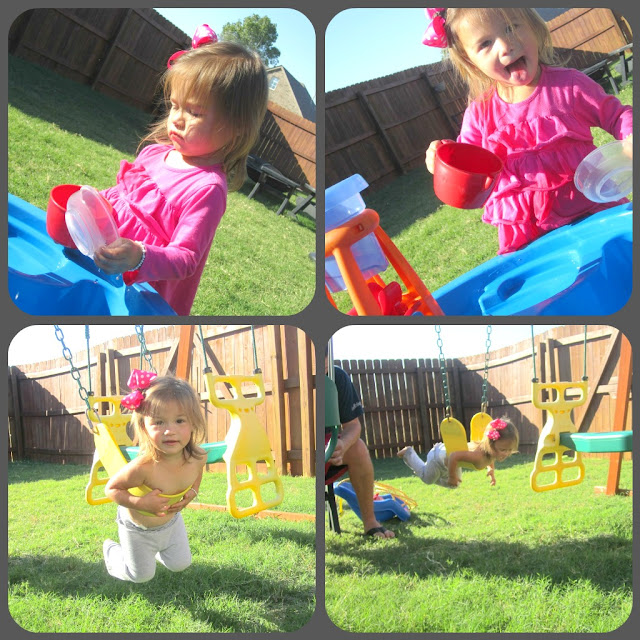 We have had two baby swings on the swing set since we got it. We decided to take one down and put up a regular swing. She decided instead of swinging regularly that she wanted to swing on her belly. She HAS to see kids at school do this. I have never done this, but she knew right away what to do. Even running forward and then kicking her feet up to swing... Hilarious! That girl has NO FEAR!
and the cutest face ever! 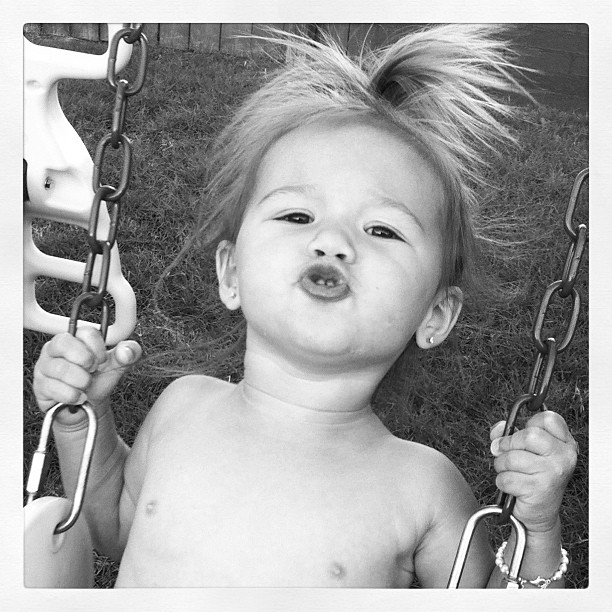 And proof of no fear!
She did fall head over heels a couple of times and ended up flipping over the swing...
but that obviously didn't stop her from getting back on! Ha!
I don't think I posted this video from the other day... my talented 'almost' two year old! :-)