Justin and I debated back and forth about whether or not to take H to the fair this year. Of course, I wanted to go just to eat, Justin didn't care to go, and we assumed H would be too young to ride anything. But then Uncle Alan called and wanted us to bring H to the fair so she could go to the petting zoo. And who are we from keeping her from seeing her Aunt and Uncle?!
So we went... we got there before A&A so she road the carousel. She always loves this, but at $4 a ride, I was less than impressed! (side note: but how on earth do half of the people at the fair afford the fair?! I think the kids should get to go and enjoy it, however, it costs so much money!) 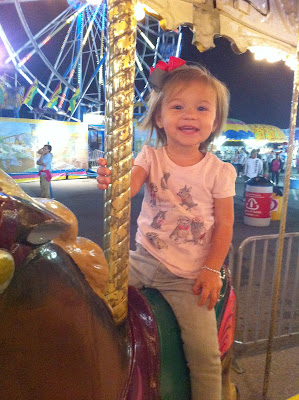 Daddy and H played a couple of games and won some animals. 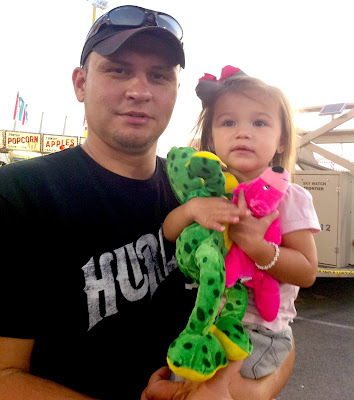 Baby girl and I on another ride! 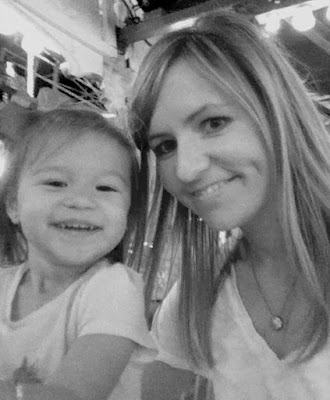 I think this has to be the funniest picture of Hadlea to date! She LOVED her first fair corn dog, but no idea why she stuck her finger up (which kind of looks like she is giving the bird if you look fast). Just hilarious! 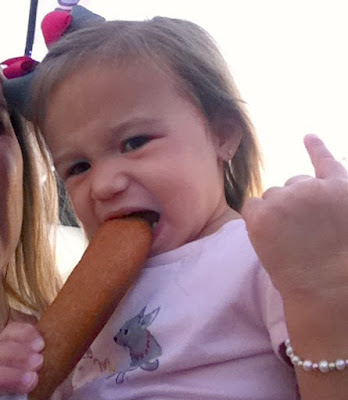 And much to my dismay, she played on the jump house and slide. GERM city! 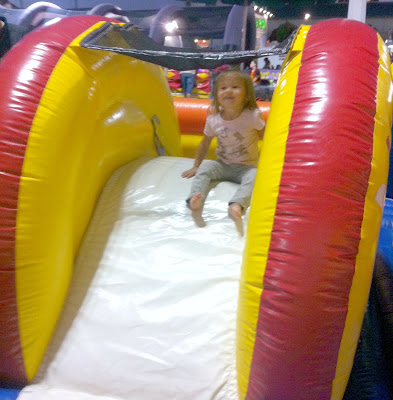 And then it was time for the petting zoo! After this, I was so glad we went! They had some of the craziest animals! 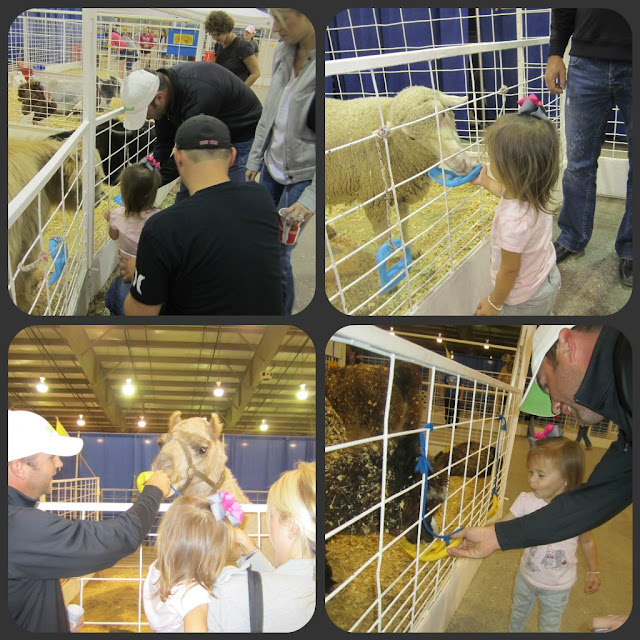 So I think H's first fair experience was perfect! But next year, I think we will send her with someone else that will enjoy paying for $4 rides... Auntie A, Gigi, Nana?! :-)

ha ha - I had to laugh at this post because we JUST did this too! Last week we took Asher to the fair and he loved it, but at $4 a ride I was less than impressed myself.

Fun, but definitely one for the grandparents. :-)