This past weekend, Hadlea, Berk and I took a road trip home (to Medford, where I grew up). I am not sure if anyone else refers to their place of birth as "home", but I LOVE going home. My parents still live in the same house I grew up in since 1st grade... and it just feels like home! :)
We got in Friday evening, ate dinner and then got a visit from the Hammon's family! Hadlea got in some play time with Ady and Logan, well... Logan she just bossed around most of the time by telling him, "no touch my bubba" anytime he got too close to Berkley! Still not sure why she was so over protective. Any other time, she would be shoving him out of her way! Ha! Maybe she really does love him after all! :-)
Saturday morning we spent some time playing before we had to get ready for my cousin Emily's personal shower. Hadlea decided to play dress-up with Gigi's shoes! 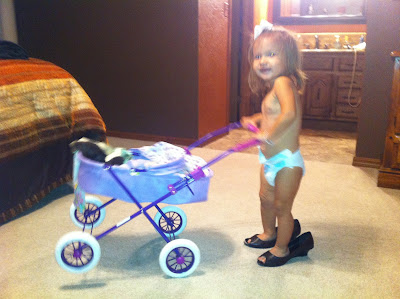 Hadlea wore a dress that used to be Brynlee's. I found a picture of Brynlee wearing the dress at one of my baby showers. 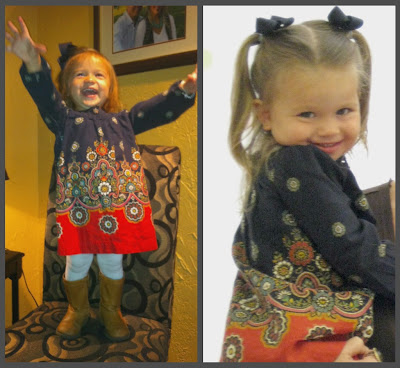 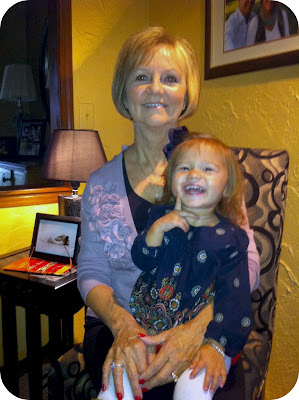 Emily's shower was so fun and she got alot of super cute stuff! At our family showers, the bride-to-be always has to model. She modeled a Christmas nightie that wasn't too revealing, but was very funny! She was such a good sport! (and not sure how I got away without modeling one thing when I got married, but I did)

Hadlea and Kate
Hadlea and I with Shawna and Emery Jo 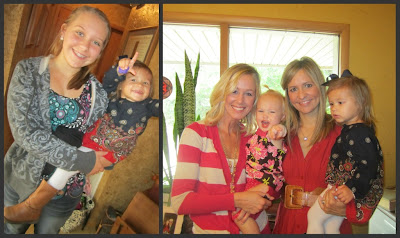 After the shower, we spent time playing at home with Poppa. Hadlea needed a pampering back massage from her Poppa! 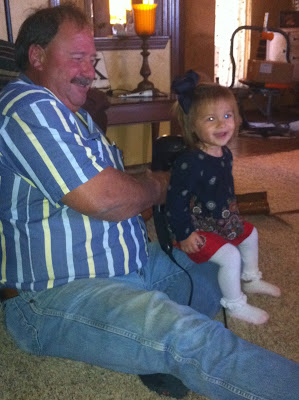 Later in the afternoon, we went to Wakita to the parade. Gigi goes through all of the county parades since she is a county official.
Poppa and H getting ready for the parade to start! 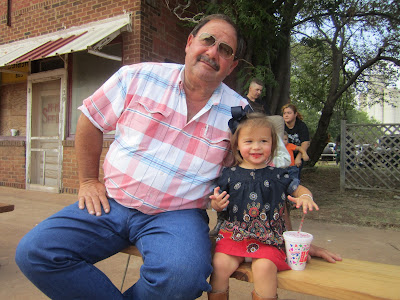 Hadlea was so fun to watch at the parade! She LOVED running after the candy. Her hands would be so full sometimes that she would try to hold it against her stomach and waddle back to us! 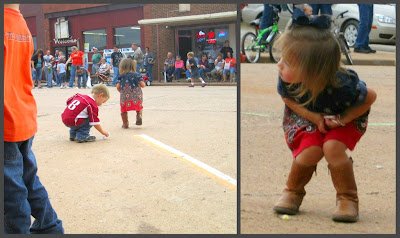 The kids ride their bikes to start off the parade.
Gigi riding in the parade.
Hadlea watching the Medford band.
And a cattle drive ends the parade. 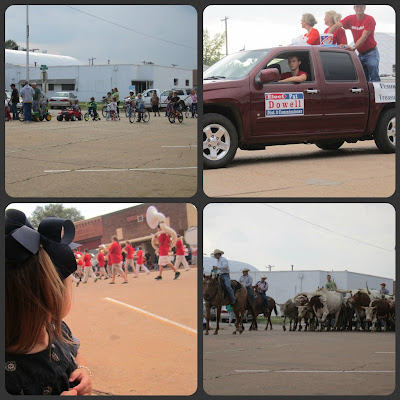 Hadlea waving to the horses and cows! 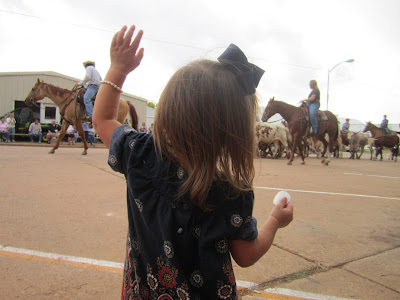 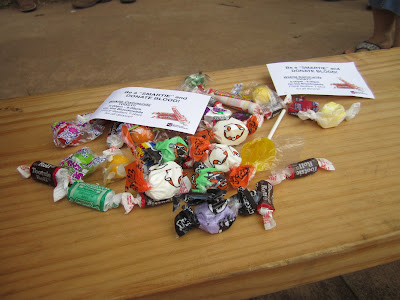 After the parade, we headed for Kansas for church and dinner! Thankfully we had decided to head North as a bad storm with hail and tornadoes came through town. Once we got back to Medford, I ran across the street to the Hammon's house to watch the OU/FSU game (which OU won) and then planned to watch part of the OSU/Tulsa game, but since that storm went through Tulsa, the 9PM start time got pushed back to 1215AM. I couldn't stay awake to watch all of the game, but I did keep getting up to check the score. It finally finished at 3:35AM... CRAZY!
Sunday morning we spent time playing with Hadlea. And you know ANYTHING goes at Gigi's, so it was outside to color! 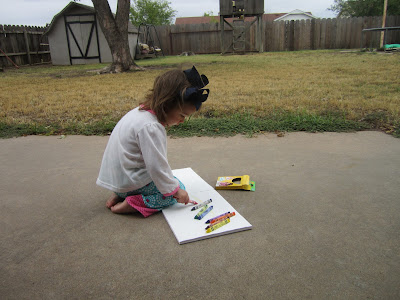 Had and Gigi made lunch! 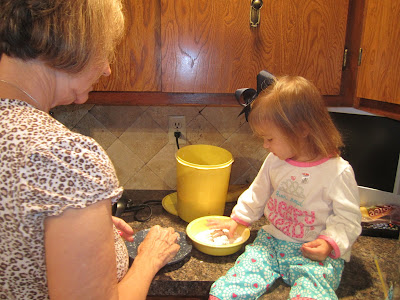 And then we were back off for Ernie and Emily's wedding shower!

Hadlea loved running around in the church building, but soon found her favorite place where she 'hid' from us! Ha! Where's Hadlea?! 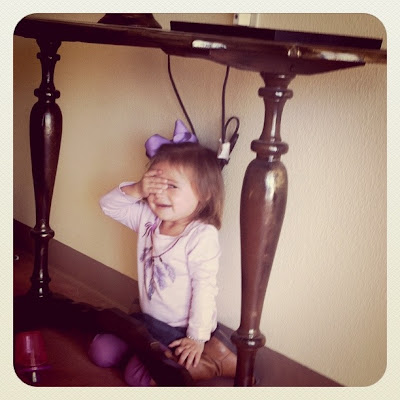 After the shower, we loaded up and headed home... both of my babies slept the entire way! Can you see Berkley?? :-) 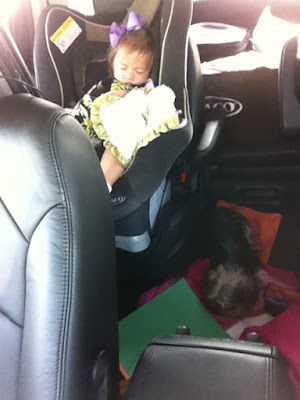 Daddy met us at home so we played babies and had dinner. Hiding must definitely be Hadlea's new thing. She was gone from the living room for a few minutes, which means she is either in the bathroom or in my office. I went to look in both areas and couldn't find her in either place. I look in our master bath and bedroom and couldn't find her there either. I kind of started to panic... then I heard something under our bed... 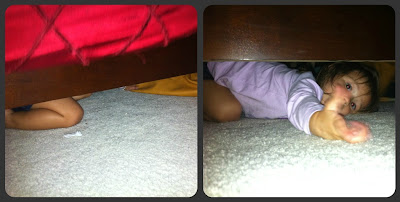 As soon as I looked under, she went to laughing and squealing. She thought she was SO funny!
We had a great weekend with Gigi and Poppa, but now for a busy week and a relaxing weekend at home! I have SO much to catch up on around the house. Maybe since H is so independent these days, I can put her to work... ;-)

So glad we got to see you! It's never long enough! Love you guys! And I love your new blog!!