Monday evening, we got a visit from the cousins/neice and nephew! It is like a circus when they arrive! They are happy to be at Aunt Hova's (yes, that is what they call me), there is so much to do that they do not know where to start (play on the ipad, play on the playset, play catch outside, etc) and now that Hadlea is in the mix, they need to get there Hadlea time in too!
We (Hadlea, Justin and I) LOVE having the kids here! I always wish it was longer. They are THE BEST kids EVER! 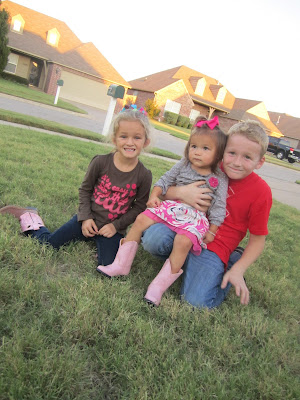 Hadlea normally follows Riley's every move, but since Hannah wanted to go outside to play, she followed Hannah... even as far as having to wear her boots... simply because Hannah had on boots! :-) 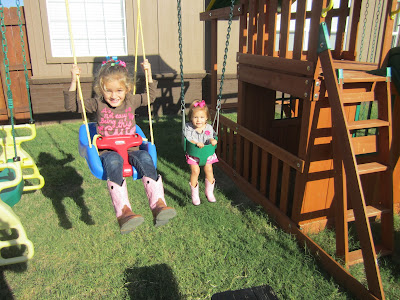 my two most favorite girls 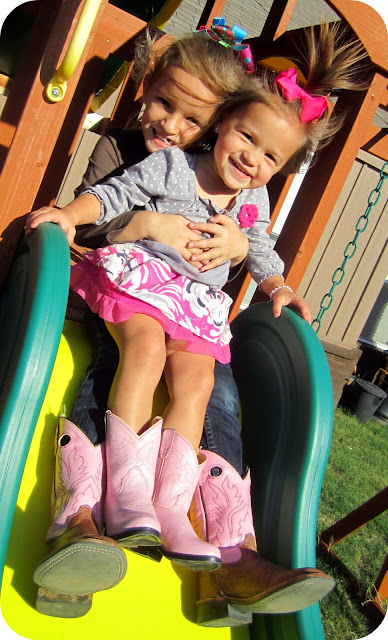 Hannah wanted to have a picnic. I brought them out a muffin because we were about to eat dinner. And her response, "you cannot have a picnic without a drink!". So I was off to bring drinks too! Hadlea just laughed and kept repeating Hannah's name! I think she was just happy to be with Hannah... picnic or no picnic! 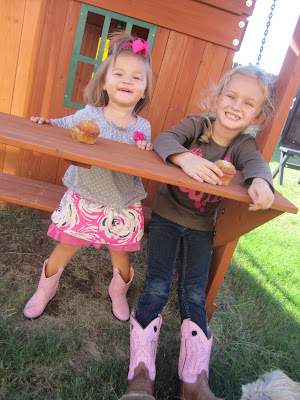 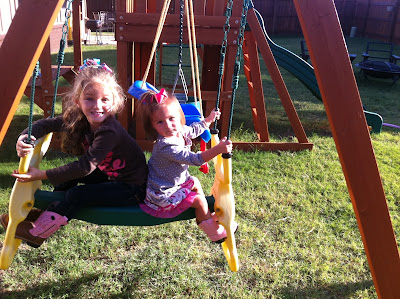 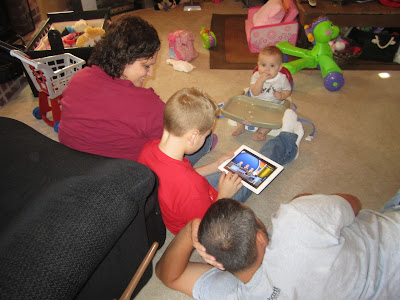 After dinner and some catch outside, they had to leave! :-( Hadlea was so sad to see them go and has had to carry a picture of the 3 of them everywhere. I know she loves them so much!
This picture just makes me melt! 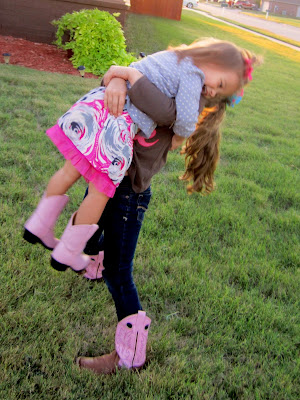 Thanks for bringing them down Aunt Les!
Miss you guys already!