Adult lake weekend! Some of my high school and college friends came into town so we headed to the lake on Saturday. Gigi came in to watch Hadlea and keep her at our house. It was such a fun day on the lake! We spent the day floating around, eating at the restaurants on the water and then going to a marina with a band that evening. Hadlea and Gigi spent the day playing at home and swimming at A&As. 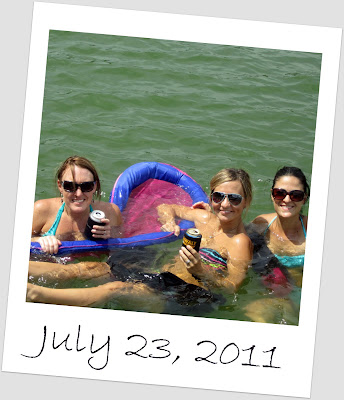 SNAKE! If there is one thing you should know about Justin, it is that he HATES snakes. Like... will not even go near a dead one. Gigi took Hadlea to the zoo and she touched her first snake! Hadlea's "dadda" wasn't too thrilled about this picture... Hadlea loved the snake and now goes around sticking her tongue in and out like the 'nake'. 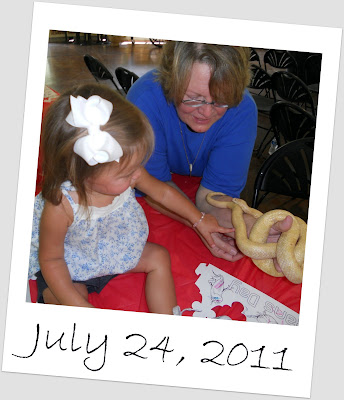 Girls day! I took off two days to stay home with Hadlea and play. It happened to be a little overcast and not the normal 105 degree weather. It was the perfect day to hit CFA for lunch and then head to the park! She was SO MUCH fun at the park! She becomes more of a daredevil with each visit to the park! 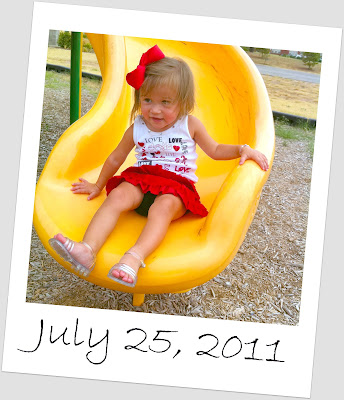 Another girls day! Hadlea and I spent the day at home playing stickers and babies! She had such a great day again! I did take her to daycare for a couple of hours to get my hair done. 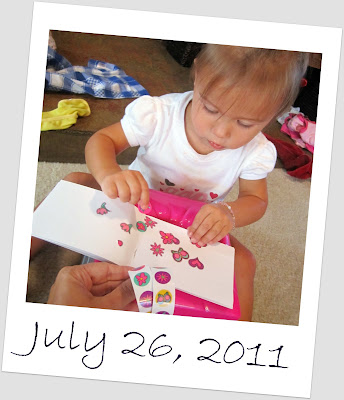 Smoothie day! Justin was working late so Hadlea and I ran to a new smoothie cafe and got a drink before heading home after daycare! She drank the entire thing in about 15 minutes and then drank some of mine! I guess we will be hitting that place again soon! 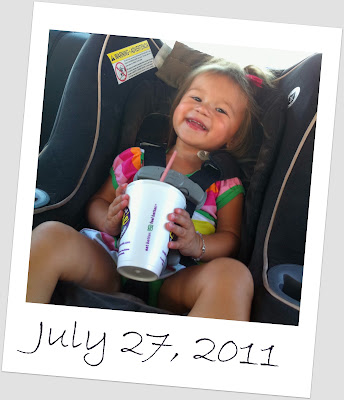 iPad camera! Hadlea and I were playing on the new iPad. I turned the camera around where she could see herself in the screen and she could not stop laughing! These pictures are priceless... 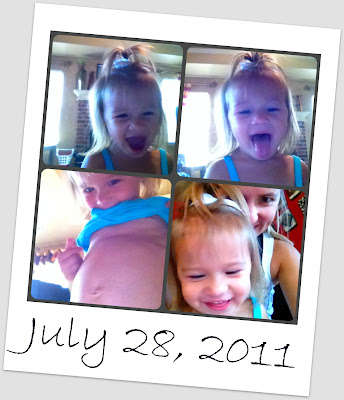 Dinner on the river! Justin, Hadlea and I met the Roumbanis fam on the Riverwalk for dinner! It was about an hour wait, which we expected, so we let the kiddos run around and play! Hadlea is watching Jackson 'try' to break dance on the stage! 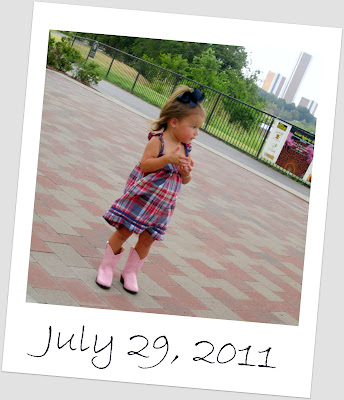