Last night we started back up with Parents as Teachers. Mrs. Malinda is our teacher, and we LOVE her! She is so good with Hadlea. She says the funniest things and sings the most hilarious songs... she just starts singing or talking to Hadlea in these funny voices as if Justin and I are not even sitting there! They evaluate the child for their current age at each visit. Hadlea has scored 100% through 24 months! Mrs. Malinda always gives us ideas for things to work on with Hadlea for her age. Last night was jumping off of a small box to learn coordination, copying someone that drawls a straight line and someone making a design with a few blocks and then Hadlea copies it.
It always makes me laugh to think about doing something so small as drawling a straight line with her, but I know the smallest details can be such a huge impact on the child.

While we were waiting on Mrs. Malinda to arrive, we spent some time practicing our coloring! 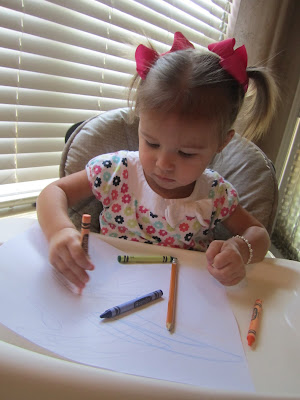 After she left, we had dinner and went outside. Hadlea chased Berkley, rode her 4-wheeler, colored with chalk, played with bubbles and then we all went for a bike ride before it was time for a bath, book and bed! 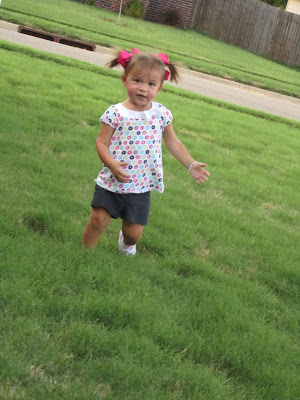 Love this pic! It was so HOT outside, but she still ran around like crazy! She told Berkley to sit, she sat beside him and then started saying cheese... so of course I RAN for my camera! :-) 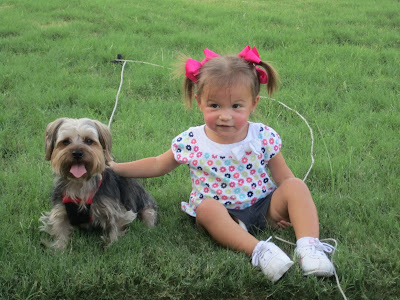 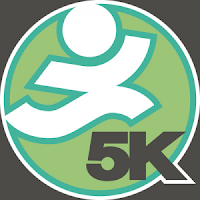 I started Couch to 5K (C25K) this week. I did week 1, day 1 and it was almost too easy! I think the only reason I broke a sweat was because it was still 90 degrees when I went to run! I jumped up last night to week 2, day 1. I think I could actually jump up to week 3, day 1, but we will see... no reason to rush it, right?! Ha! (and if you know me at all, you know I am NOT a runner, but I am so anxious to run my first 5K. Hopefully it is sooner rather than later!)

I have been asked by several people how I am losing weight/getting in shape. And although I eat WAY too many McDonald's fries to be a professional fitness information provider, I can tell you what has been working for me.... Jazzercise! One of my high school friends was doing it and asked me to go a couple of times. I told her she was CRAZY! I actually thought it was for older people and that she was just doing it to get out of the house (since she is a stay at home mom). haha!
She then decided to get her instructors license and start teaching it. I went to her first class, and I was amazed at how hard it really is! There are all age groups of people, and they give you different ways to do things depending on your ability. I have been doing it over a year now and I am 20 lbs lighter than when I got pregnant with Hadlea in 2009! Although I am not at my skinniest weight ever, I only have 5 lbs to go... I have been trying to lose those last 5 lbs since the first of this year... but I refuse to give up McDs to lose them! :-)
Another thing I love about Jazzercise is they off daycare during certain classes. They also offer the babysitting positions to the people that take the class. So if you can babysit one class a week for one hour, you get to take Jazzercise the entire month for free! I know so many that cannot afford a gym membership, but would love to work out. This gives them the opportunity to do so without having to pay for it!