a bunch of nothings...

Justin and I have been talking about getting an elliptical for quite some time. Last Sunday, he suggested we go buy some bikes, a seat for H and just start riding at night. I thought it sounded fun! Off he went to the store and brought us both back a bike.... 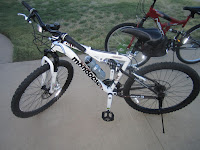 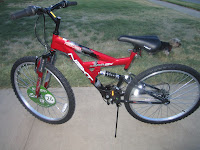 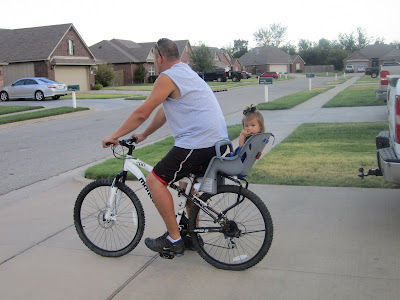 Hadlea LOVES it! She just giggles and is so giddy when we put her in. I see alot of evening rides in the future! Hopefully it will get cooler... it is still in the high 90s at 7PM!
I decided the other day that I was going to try bow making! I had some ribbon, watched a couple YouTube videos and this is what I made. I took this is my iPhone so the quality and lighting is bad, but I thought they turned out great! 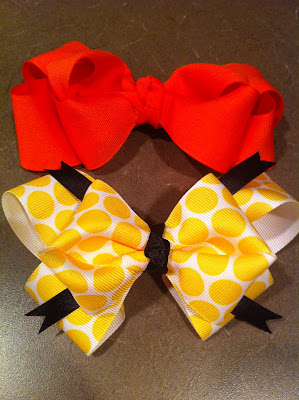 I had been looking at toddler pillows online. Hadlea is in to sleeping with a pillow, but the one she has is so full and puffy. I was afraid it would hurt her neck. I asked a blog friend, who has recently got into sewing, if she would be willing to make me one. This is what she sent us.. 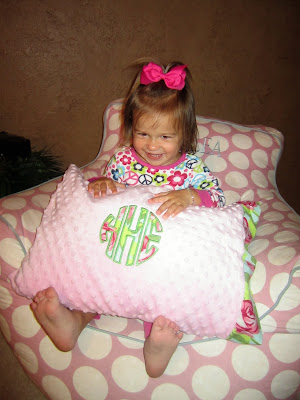 H loves it! We made a pallet in the floor and watched Blues Clues before bed one night! She thought it was super fun! If you need anything cute, personalized gifts, go 'like' Mary Kate's Monograms on Facebook!
Gigi was here last weekend. We went to the mall on Saturday since it was no sales tax weekend for back to school shopping. I wanted to pick up Riley and Hannah some fun things to start back to school in... Gigi took H on the carousal... 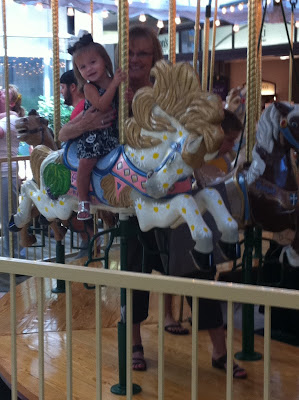 I was thinking about getting Hadlea a cradle for her babies and then I thought, "wait a minute... she has one. the one she slept in!" So I had Justin help me get it to the living room. She thought it was just so funny! This is now a new nightly thing to play with... she MUST lay and rest with her babies! 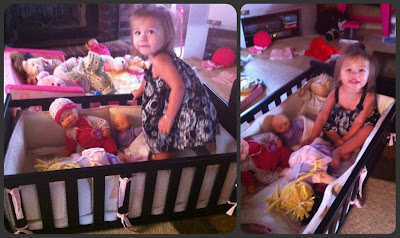 And a sweet picture of Berkley checking her out in her cradle as a baby... I CANNOT believe she was ever THAT small! :) 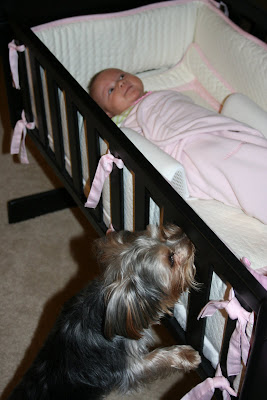 Last Sunday after Gigi left, daddy and I pulled out some blankets and made a fort for us all to lay in. We turned on some Blues Clues, got a snack and played with Hadlea. 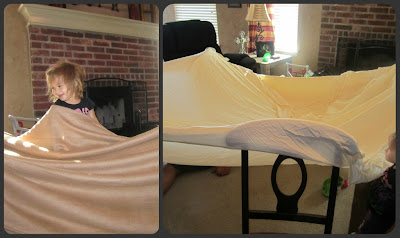 Once she was over the fort, we got out her tent and tunnel. It was like she had never seen the thing before! Ha! She would crawl in the tunnel and play by herself. 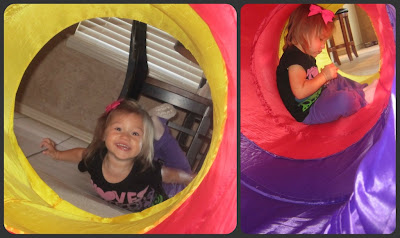 Obviously, I am WAY behind on blogging since I am blogging about LAST weekend. This past weekend was great... with friends on the lake and H staying home with Gigi and Poppa. More on that later...

I LOVE these bows - way to go! Now you have to tell all of us how you did it. ha!