*Warning. LOTS of pictures for the next several days!!*
Turks and Caicos. Definitely the most beautiful place I have been to date. But more important than being there, was the reason for being there. My brother. Older brother. My very best friend. There to marry the love of his life. Definitely his sole mate. (and his SECOND best friend. or she better be. Ha! jk!) I was there to welcome my new SIL. I have waited for this day for so long. It was beyond my expectations. It was magical. And I cried every time anyone mentioned the wedding. (Which happened to be alot since that was the reason we were there! :)) But they were definitely not sad tears. They were the happiest tears I have cried in a VERY long time. I cannot put into words how happy I am for my brother. That he found and married the love of his life. And she happens to be completely amazing! Amanda is so genuine with a great family. Both very hard to come by these days. And I am so thankful I not only got to share in their special day, but I get to share in there lives.
Alan and Amanda had 64 family and friends join them in Turks and Caicos. I think that speaks volumes for the people that they are. That 64 people would take time out of their lives to join them for a week in the Caribbean. I am so glad everyone did! Having a large group was so much fun. I definitely never want to travel without a group again!
Justin, Hadlea and I's journey started on the evening of Tuesday, May 17, as we drove to drop Berkley off at Doggy Daycare. He stays with a lady in Bixby when we travel or are out of town. She is Momma Kelly when refers to herself. She IS the crazy dog lady. And we are so thankful we found her! I was SO sad to leave my sweet baby boy. But see him run to her front door and lick her like crazy always reassures me that he loves it and is in great hands! 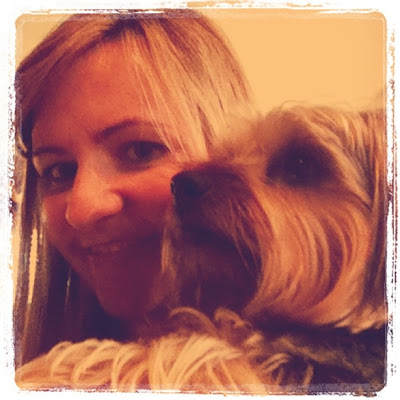 We left Wednesday, May 18 out of Tulsa. My very best friend, Shannan, and her husband, Michael, have definitely become family and were sweet enough to join us on the trip! Although, I don't think that had to be bribe them to join. They definitely knew it would be the wedding of the century too! :) 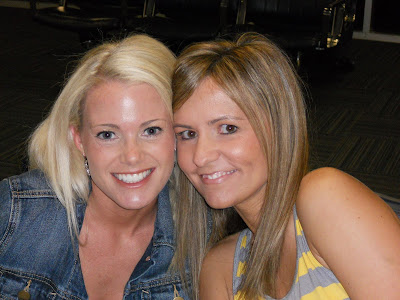 with Josh. which I would now consider my BIL. we are all family now, right?! ha! {my new SILs brother.} 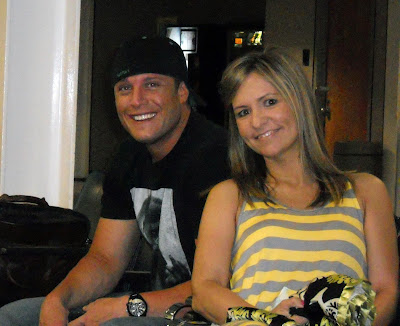 the momma's!
our mom. amanda's mom. 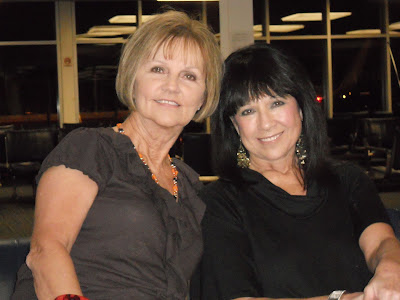 Oh Hadlea. She was AMAZING on the trip. As long as we had a drink, snacks and Blue's Clues. She was perfect! She either had an iPad or her DVD Player with Blue's Clues going. I put Hadlea to bed the night before we left at 8PM. She went right to sleep. Only to wake up at 1215AM. She was up until 0145AM. And then back to sleep until our alarms went off at 0300AM to get up, ready and out the door. She was such a trooper... I guess she was just ready to get there! Ha! 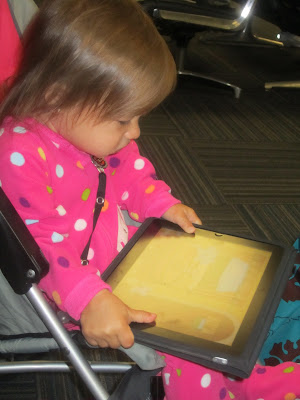 And on the plane, she was an ANGEL! I just knew she would want down to run around and would disturb the other passengers, but I was completely wrong! She played stickers with Papa. 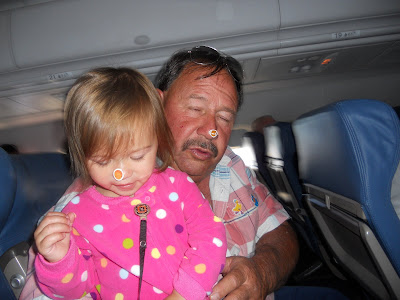 Sat in her own seat for a snack. 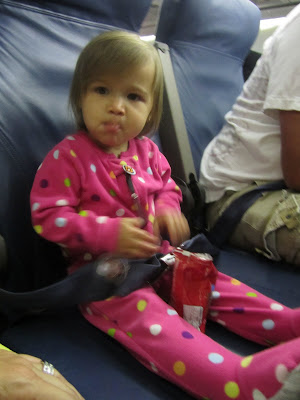 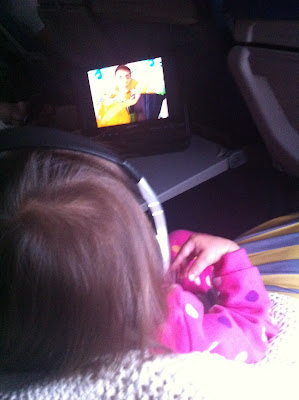 and then fell asleep with momma! 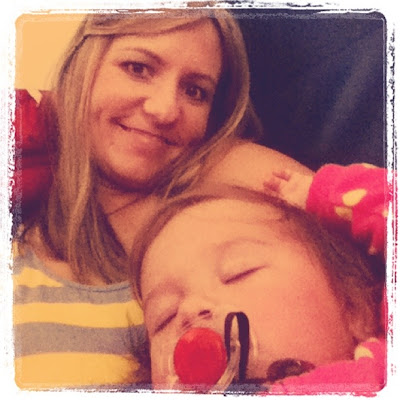 After waking up on the second flight, she got dressed and played with Mr Potato head!! 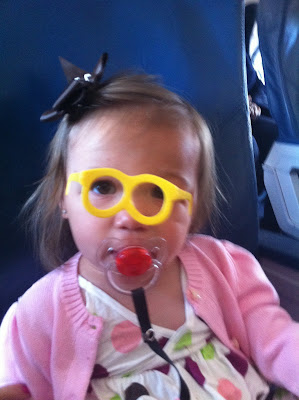 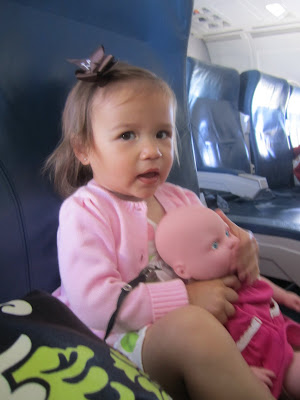 and of course, more snacks and Blue's Clues. :) 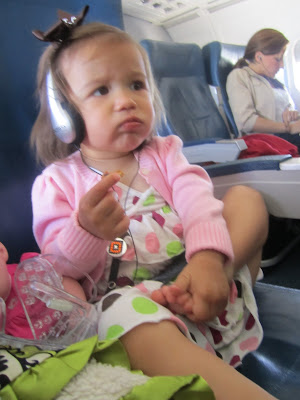 And we arrived! Going straight to the pool! 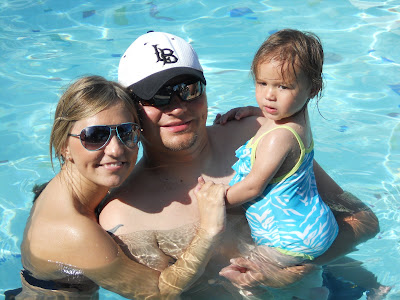 Hadlea LOVED being outside and playing in the water! 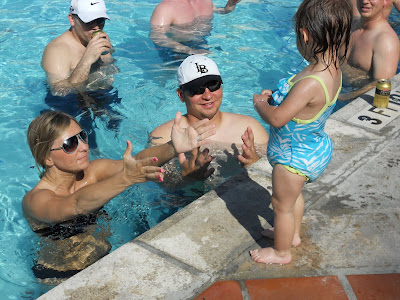 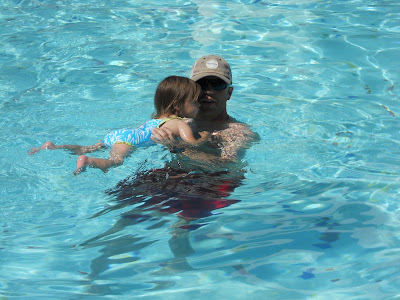 Playing on the waterfalls with Papa. 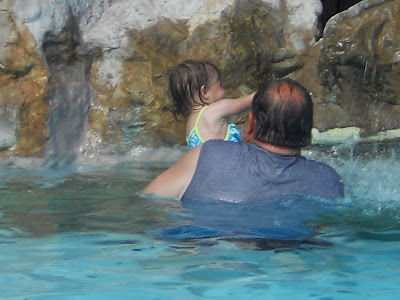 Sun bathing with Aunt Rene and Auntie B! 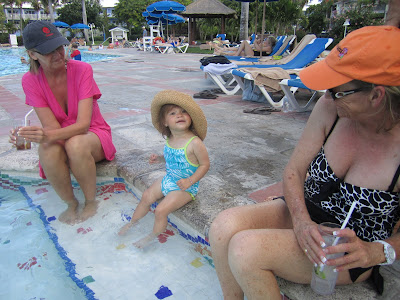 Down to check out the ocean and sand! Hadlea was NOT a fan. She didn't want in the ocean because of the waves and she REALLY disliked that sand touching her feet! 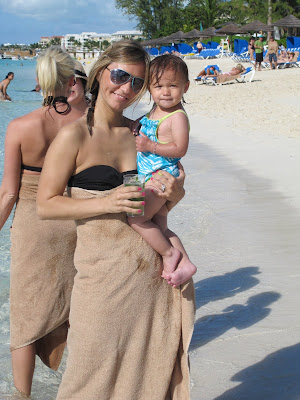 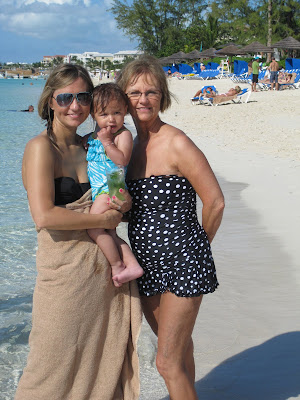 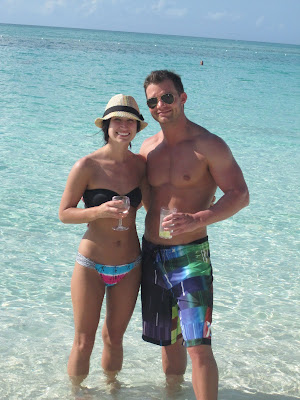 The first evening, we all got dressed and ready for dinner.
papa, alan, jake and I. 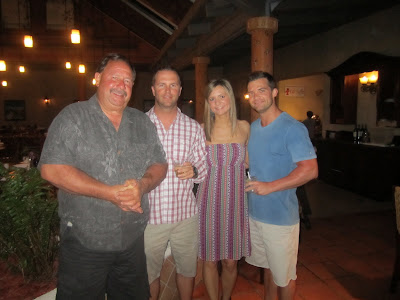 baby brother and i 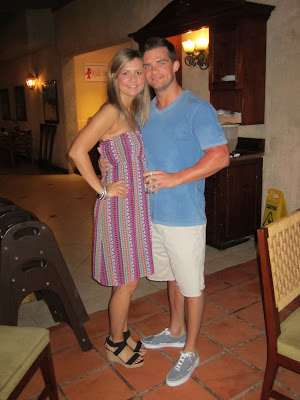 the hubs and i 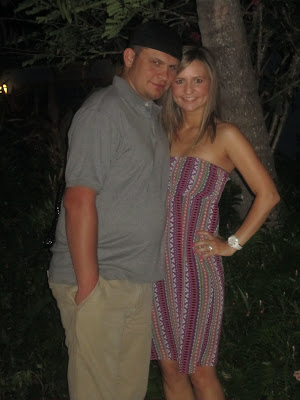 shannan and i
(this is what we get when the guys take the pic! atleast our heads made it in!) 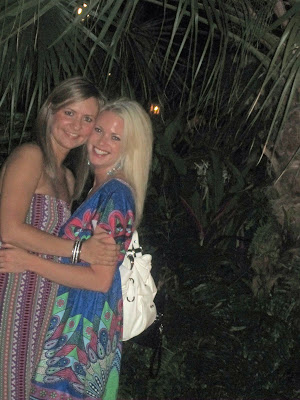 After dinner, we all loaded up in cabs and headed to the casino on the island! Gigi stayed with Hadlea at the resort. I love getting off the resort when we go places just to see the town. It was rough in some areas and really pretty in others. The casino was VERY small, but wasn't too crowded so several of us were able to play together on the craps and blackjack tables. A fun night. Everyone lost money except Auntie B! Lucky dog she is!
Day 1 was great... stay tuned for Day 2!!

I can't wait to see more pictures!!! I am living vicariously through you. Also, you girls are so fit! I would probably DIE if someone took my picture in a bathing suit. You girls look amazing! (In a not weird way. I promise. I am totally on a health kick right now -- going to the beach later this summer and need motivation!)