On Saturday, Hadlea and I went to watch my niece, Hannah, in her gymnastics competition! This is Hannah's first year to be in gymnastics, let alone compete! And she is ROCKIN' it! To say she is absolutely adorable to watch is an understatement... she just has the perfect little gymnast body... 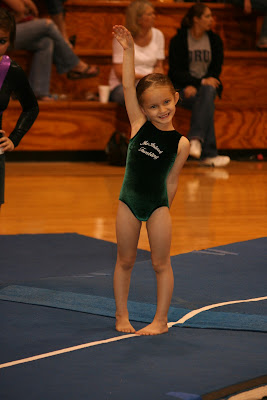 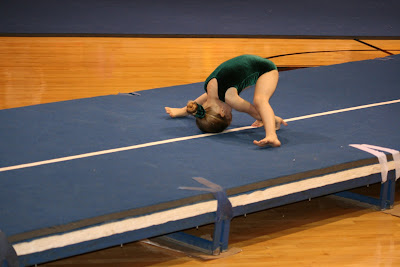 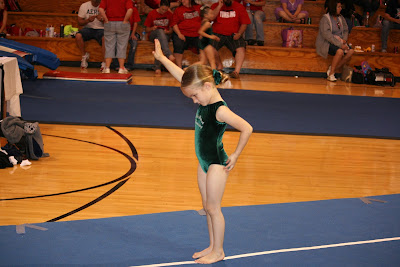 1st place!
Hannah finished with one 1st and three 2nds! 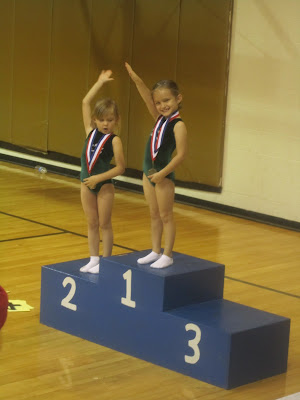 Hadlea got in some quality time with her cousins!
Mackenzie, Riley and Hannah 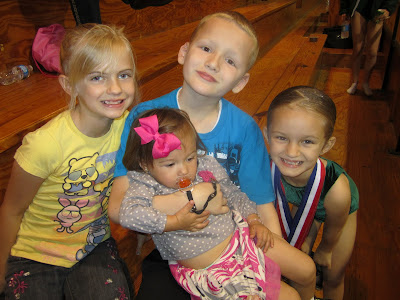 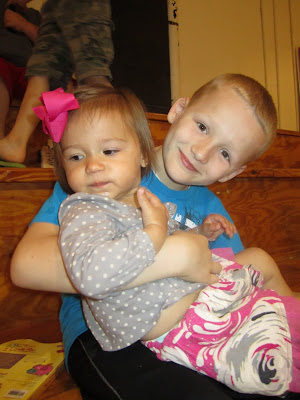 I cannot wait for Hadlea to get into dance and gymnastics! As fast as time is flying, I know it will not be long! And I know Hannah will be up to showing her all about it!
Great job, Hannah! We are so proud of you!
After the competition, Riley came home with us to spend the night! The minute we pulled into the drive-way, some little boys came over asking him to come play... and that was the last we seen of him until dark! ...unless he was hungry or thirsty! Ha! While the boys were playing, Hadlea and I took Berkley on a walk! She is DONE riding in her stroller these days! I guess it is for babies after all! Yikes! But it is awful cute to see them walking together! 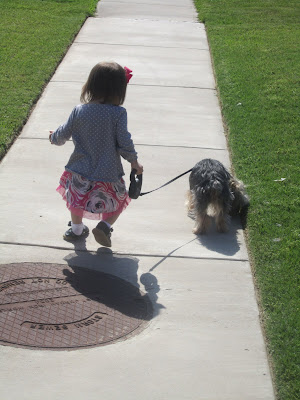 Just a quick video of them walking... Sooo cute!
After walking, we pulled out the water table that Grammie and Grampie got Hadlea for Easter! She LOVED it! She loved to actually dip the water out of it and poor in into other containers! I highly recommend this if you have little ones! 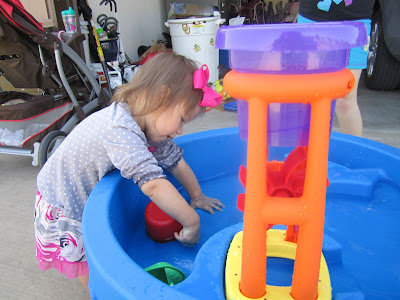 While we were outside playing, our neighbors brought over this make-up table for Hadlea to have! These are the same people that gave us dishes, play food, an iron, ironing board and a rocking horse! Definitely nice people! To say Hadlea LOVED this is a complete understatement! We have played with this thing non-stop. And this is not anything I would have bought her until later on! It came with a stool, brushes, fake make-up and fake scissors. 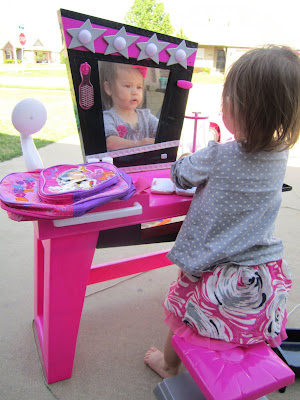 While the girls were playing dress-up in my driveway, the boys dug out the sprinkler! And it really wasn't even that warm... but they had fun! 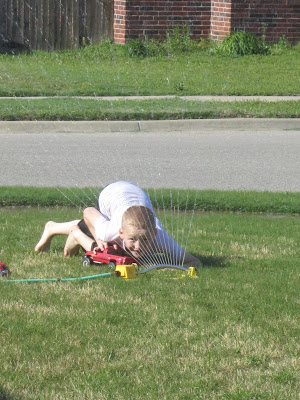 Justin got home from fishing so him, Riley and the other little boys stayed out way LATE playing catch! Once they came in we all ate a late night snack and then showers and bed!
Sunday morning, we were planning to go to church, but Hadlea didn't wake up until 10 and the boys until 11! It was SO nice to sleep in! We decided to go that evening!
When Hadlea got up, guess where she went... 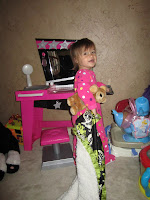 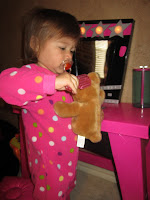 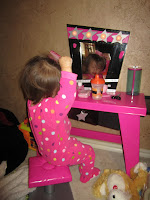 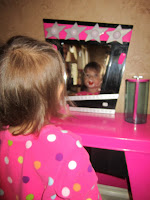 Straight to her table! We cleaned out her little play corner and sacked up her baby toys {big.fat.tear} since she doesn't play with them much anymore! She spent a good 2 hours brushing her hair and brushing all of her babies hair... even her monkey and bear got a brush! It later became a food table where she ate a snack and fed her babies a bottle! I have a feeling this girl is going to have a HUGE imagination! I remember some of the things that Riley and Hannah came up with when they were little! So much fun to help them play out what they have in their little heads!
After the boys finally got up, daddy made us bacon and pancakes while Riley and Hadlea played babies! Such a good cousin he is! 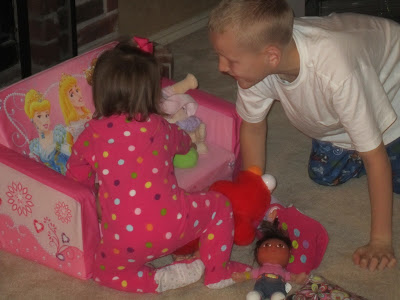 Later, Justin took Riley to meet his mom so he could go to a birthday party! I always love having that boy... he is just so funny! Hoping to get him AND Hannah soon! :)
We were supposed to have a playdate with Ms Finley, but the weather didn't hold off. It was cold and rainy so we spent the day playing inside. Justin was flipping through the tv and came upon an equestrian show. Hadlea was sitting in her high chair... in the living room floor... eating a snack and started saying "horsie"... we started watching the show and she laughed so hard everytime a horse jumped! 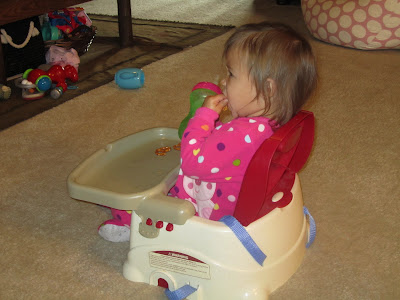 We had such a great weekend! It was definitely full of playtime... which I love!
Yesterday, I picked up Hadlea from daycare and took her to her flower girl dress fitting for the wedding! It is going to be amazing! I cannot wait to see her all dressed up! Daddy came home to mow and start dinner... and I came home to this... {and it says, "thanks for letting me fish so much... love you." incase you cannot read his awesome writing! :) }

my husband rocks. he ended up doing two loads of laundry while Hadlea and I played too.
lucky. i know!
We are off to a busy week. Work is starting to get a little stressful as I try to get ready for vacation... I think it is harder to get ready for a vacation than it is to just work! But oh well... no doubts it will be VERY well worth it!
And this is more for the grandparents... her laugh is so funny!

ADORABLE! LOVE her new makeup table. (what is the brand) Abby would love it.