Last weekend was the greatest weekend to be outside! Minus the 30+ mph wind we had, it really was great! The wind was a disaster, but some of it is really needed at the zoo. It was in the 80s, so without some breeze, it would have been miserable! After getting home from our zoo trip with Hadlea, daddy and I, we put H down for a nap and did some cleaning. As soon as she got up, daddy left for his fishing tournament and Hadlea and I headed south to pick up my nephew, Riley! I have been wanting Riley and Hannah for some time, but couldn't find a free weekend! Hannah's sister was in town for the weekend, so she didn't get to come along... hopefully we get her soon! We sure missed her!
After getting Riley (or iley as H calls him), we spent more time outside! Our neighborhood just put in a new pocket park so we walked down to check it out! It was perfect for Hadlea... Riley thought it was 'boring'! Ha! Such a 9 year old he is! 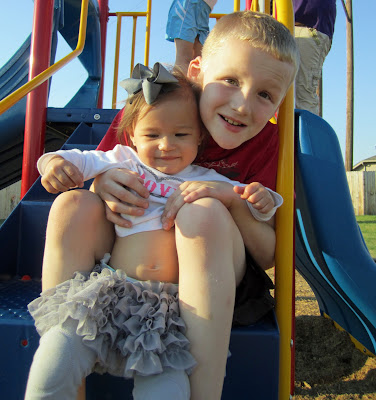 We came back to the house to finish playing outside, ate some dinner, which for Riley consisted of chicken nuggets, a piece of pizza, a popsicle, an iced sugar cookie and a coke! Yes... I am so that aunt that lets my niece and nephew eat anything and everything they want! Hopefully my SIL doesn't mind too bad! (Sorry Les!)
After dinner, it was bathtime for both... H in one tub and Ry in the other! Ry likes my big tub where he can fill it to the top and a swim around like it's a pool! Hadlea got a kick out of watching him go under after she got out! After they were both out and clean, Hadlea was off to bed and it was play time for Mr R and I! We raced 4-wheelers on the PlayStation and played domino's. I had to take a picture of Riley playing the PlayStation. He had to set Hadlea's monitor beside him incase she woke up! He is just the sweetest thing and loves her to pieces! 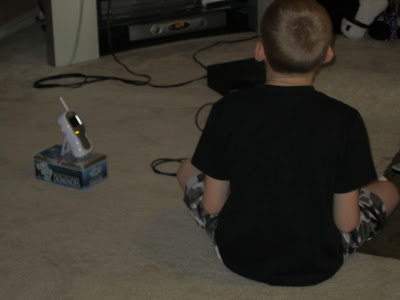 Sunday morning, it was up and off to the zoo! We had bought a zoo pass on Saturday for the year. It will be so nice to go whenever and not have to fight the lines! Aunt Amanda even met us!
We HAD to see the snakes first! Riley loves them! 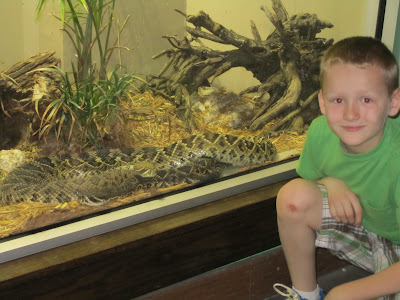 Hadlea had to see her goats again! She thinks they are just so funny and says, 'hi baby'! 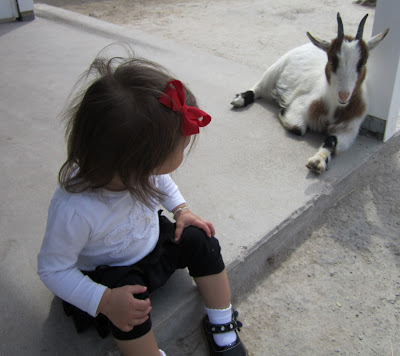 My favorite part was seeing the elephants perform! It just amazes me how big these things are and that they are actually trainable! I think one of these things were 8,000 lbs and the other like 7,000 lbs or something. There was a bigger one that was almost double their size! 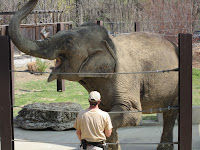 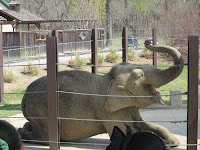 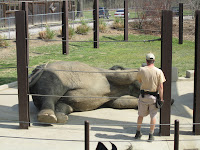 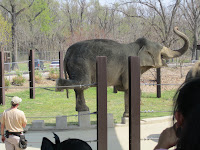 Hadlea running away... which she does well these days! 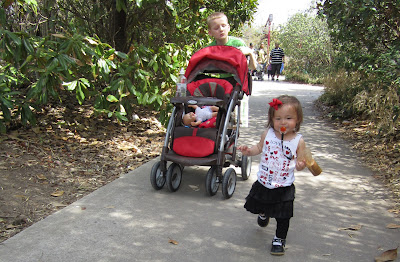 And conveniently enough, the ice cream truck was outside the zoo so Auntie A bought everyone ice cream! Riley had a cup of chocolate and an snow cone.. Hadlea just shared with Auntie A! 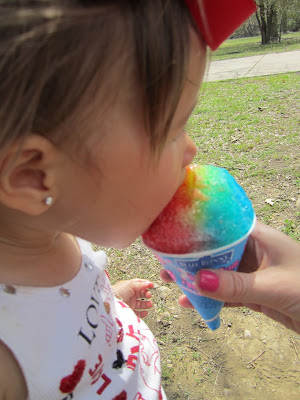 Such a fun weekend! I already miss Riley and all of his funny-ness! He just cracked me up all weekend! But we get to see him and the birthday girl this weekend! But not before... you guessed it, ANOTHER trip to the zoo! Ha! We have some friends coming in from out of town and we are taking all the kids to the zoo while the boys fish!
We are in the middle of a busy week, but it is half way over... YEAH!

I have never seen Elephants perform. how cool!