egg hunting at the country club

After Aunt Amanda's bridal shower earlier in the morning, we headed to the country club that Uncle Alan and Aunt Amanda are members of for an Easter egg hunt. I wasn't so sure how Hadlea would do hunting eggs, but she had done it at daycare so I thought we would try it again!
I do have to tell a funny story here... Alan (my older brother) called and asked if we would want to go to an Easter egg hunt at TCC. He said he needed to make reservations, so I said yes. One of the college's here in Tulsa is called TCC, Tulsa Community College. I thought it was super strange that a college was having an egg hunt and that you HAD to make reservations. But anywhoo... he was offering to take care of it, and I thought it was super sweet for him to think of H!! As we drove to TCC later that afternoon, I realized we weren't driving in the direction of TCC the college, so imagine my surprise when we drove into THE TCC he was talking about, Tulsa Country Club! I then worried we weren't dressed appropriately! Ha! It has been raining here in Oklahoma for a few days so everything is SUPER wet and muddy... which is why I didn't dress H or I up! But no worries, we fit in just fine! Ha!
I thought she looked super cute no matter the weather... or the place! :) 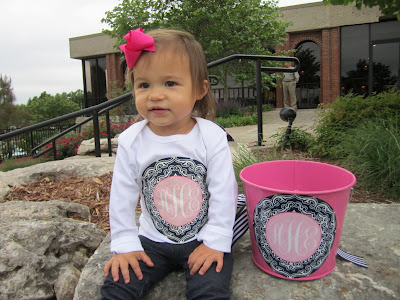 They had a petting zoo! Hadlea loved the lambs, pigs and horses! 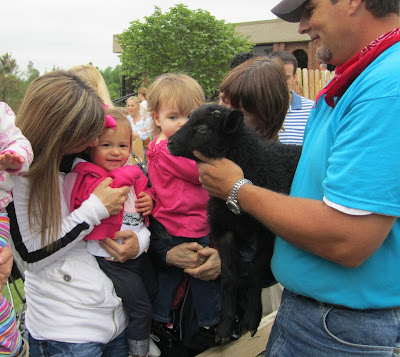 Petting rabbits with Auntie A! 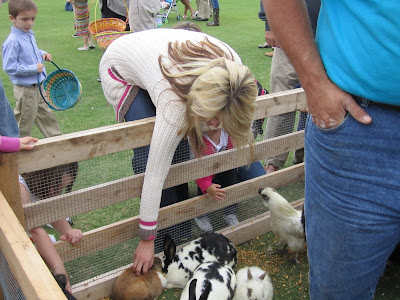 Aunt Amanda, Hadlea and I 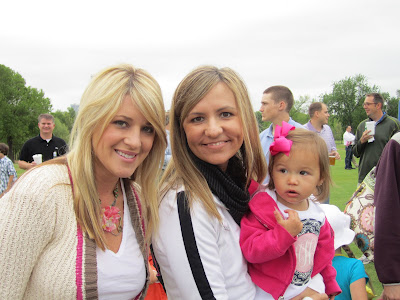 Petting the pony with Grammie! 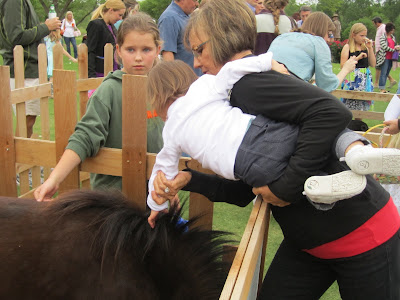 I thought this was perfect... holding her bucket checking out the pony! Such a little farmer she is! :) 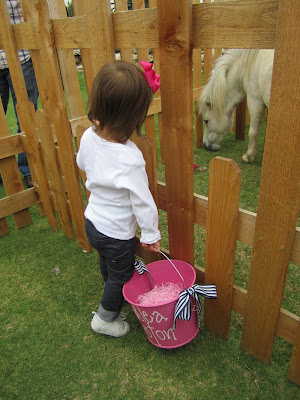 Waiting in line to hunt eggs for her age group with Uncle Alan! 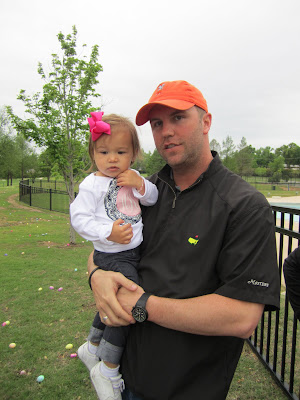 Go!
After she picked up a box of Nerds, she wasn't interested in ANYTHING else! She soon came around and finished picking up a few eggs! 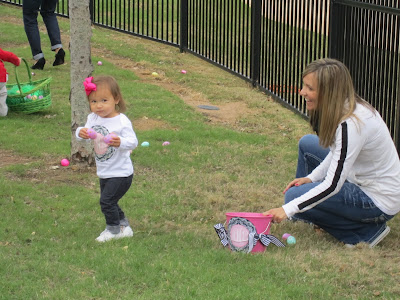 Once she got going again, she went around saying, "moe, moe, moe" (for more)! 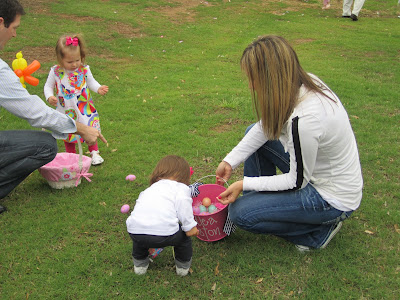 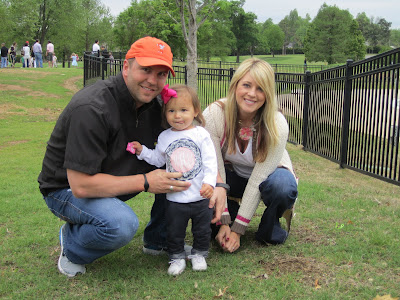 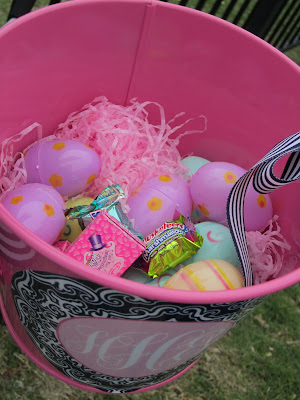 And of course she convinced Auntie A she needed those Nerds before dinner! :) 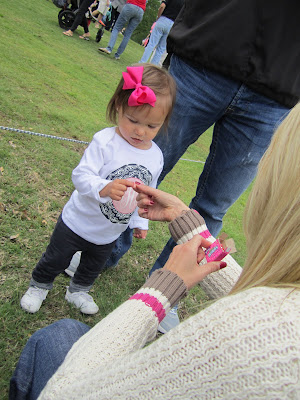 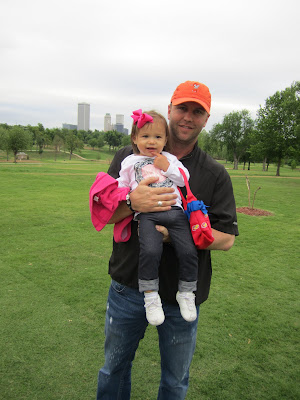 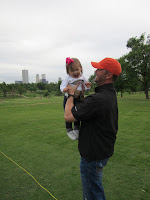 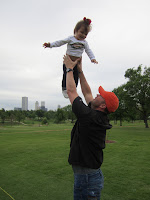 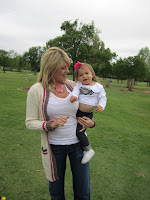 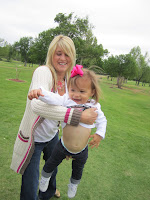 Thanks so much to Alan and Amanda for thinking of H and inviting us to TCC! It was such a great time, and Hadlea was NOT ready to leave! But it wasn't long before she got to go back... it was back for brunch after Easter service on Sunday!

LOVE her bucket & shirt and the fact that they match! She did good hunting too!

super super cute pictures again! We did the same thing, took our kids to egg hunt at the country club, no petting zoo, but they did have big bouncy houses and slides, tumble bus, etc. Its so exciting to get to live all this stuff through our kids, dont you think?