April Fools Day... I have never really got into playing jokes on people on April Fools. But this year, I did! I text a picture of a positive pregnancy tests to my husband and bff... I figured by husband would write back with April Fools and my bff would write back with 'OMGosh what have you done' and would completely fall for it! But it was completely the opposite... the bff writes back with 'WTH... this better be April Fools'. Now, do not get us wrong. I know my bff would be over the moon if I was really pregnant, but we have somewhat of a pact that neither of us will 'try' to get prego this year. Every year we have taken a trip, one of us has been prego. We have two trips this year so we want to enjoy them without being prego! And I SOOO cannot wait! Now... the husband! I can NEVER play a joke on him. He knows me too well! I text him the picture with 'Problem'. He writes back, "No way. Really?". He then calls. I do not answer because I am laughing SO hard. He calls back again. Still I do not answer. He then texts, "Call me. Now!". So I call him back. Feed him this line on how I just had the feeling and didn't want to say anything until I knew for sure. He was nervous. Speechless. Sweating. Probably about to wet himself! And then I said, "Honey, there is only one thing I can say". He says, "What?". I say, "APRIL FOOLS". He said some not very nice things and hung up! I laughed ALL.DAY.LONG! I still haven't let him live it down that I actually got him!
Friday night, we went over to G, Taran and Trevin's for dinner. Trevin and H are starting to play really well together. Well... when she isn't pushing, hitting or pulling hair! I think I need a separate post on little bullies... Mom's did you have a bully? I am just so embarrassed sometimes by the way Hadlea acts around other kids! But anyway... H was sitting up in the recliner and T-man climbed up with her and they watched Toy Story. I think now he knows it is 'Enter at your own risk'! 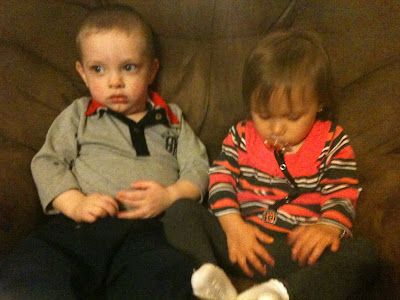 Saturday morning, daddy, Hadlea and I got up and hit the zoo! It was supposed to be a really pretty day and daddy was leaving Saturday night for a fishing tournament so I wanted us to do something before he left! The turtle we ALWAYS take a picture on. I have several of these of Hadlea, Riley and Hannah (nephew/niece)! 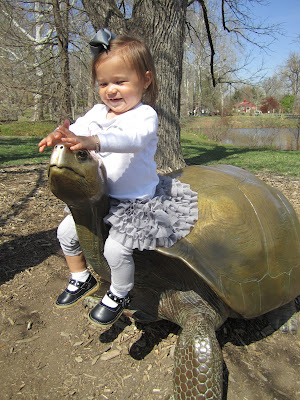 When we stopped to eat lunch, these geese were fighting each other for food. Hadlea wanted to get closer so daddy took her. She thought they were so funny! She would just squeal every time one of them moved! I thought this picture was adorable! 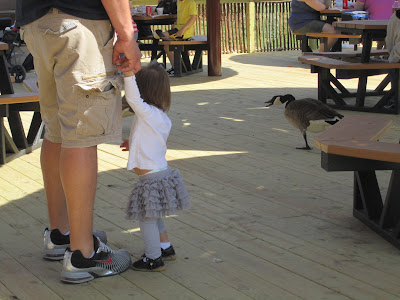 Checking out the penguins!

Petting zoo. Checking out a goat! 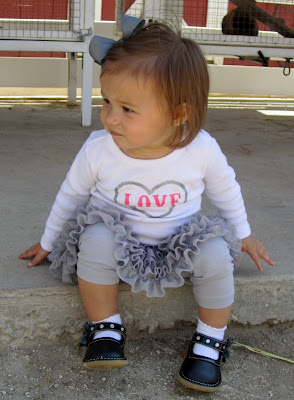 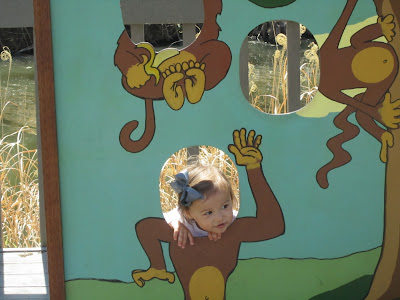 Hadlea decided she was going to sit and have a cracker break! She got the crackers out of the stroller, sit down and started eating! I guess she was just hungry! 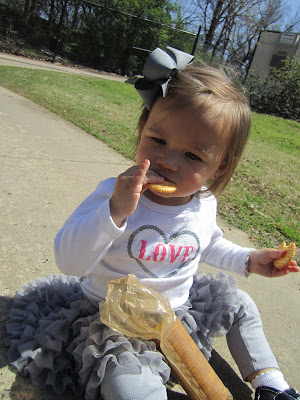 My baby girl and I on our cracker break!

Ridin' the train... which her new thing this week is saying 'choo, choo'! 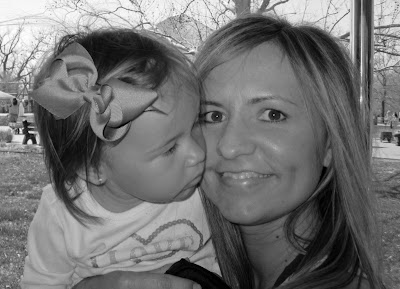 And the day was too much! She barely made it out of the parking lot! 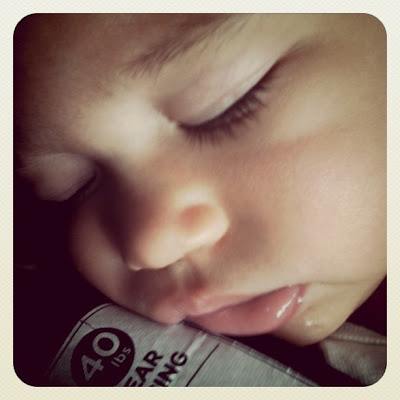 Hadlea is SO great outside! If only she could live out there! Ha! She is was so perfect at the zoo.... so perfect, we went again on Sunday! More on the tomorrow...

I love her little outfit in these photos! The tutu is not too overwhelming (sometimes you see them and the little girls can barely walk!). This one looks soooo soft!

I refuse to believe that sweet little face could belong to a bully. Ha! Poor mama - I'm sure you'll figure out the best way to teach her more gentle play. Asher still plays near other kids, but doesn't really interact with them too much so we haven't had much of this yet. Looking forward to it!

That is great that you got your husband on April Fools! I love her outfit at the zoo! So sweet!