a sprinkle, the ranch & kites

This past weekend was FULL! Friday evening after work, we went out to eat, made a stop at Bass Pro and then Wal-mart. I had a few things to pick up to finish the baby shower/sprinkle I was hosting on Saturday for my friend Taran. She is having baby number 2 next month, a baby girl. Her first is a boy! Since she already had all of her big baby stuff, we decided on a diapers/wipes sprinkle! 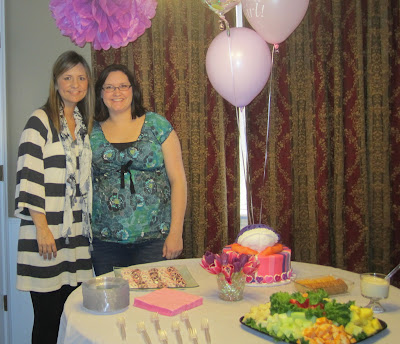 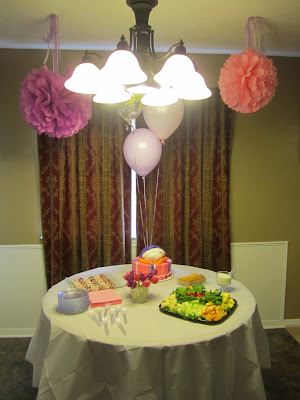 I made punch, covered pretzels, a fruit and cheese tray, crackers and fruit dip. 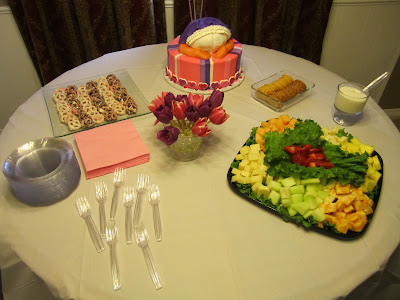 Taran's mom made the cake! I thought the bloomers were so girly! Adorable! 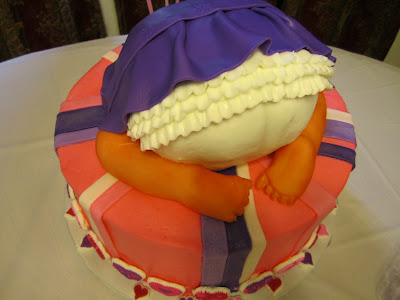 I made this banner by hand! NEVER again!
This thing was time so consuming! :)

A friend of Taran's mom made her these bows! The neat thing about them was that some of the ribbon were scraps left over from Taran and G's wedding along with ribbon scraps from her mom's wedding! I thought that was so sweet and sentimental! The invitations I sent out, which I made by hand too (Yikes!) had ribbon and rhinestones on them. She used those for a bow too! Such a great idea! 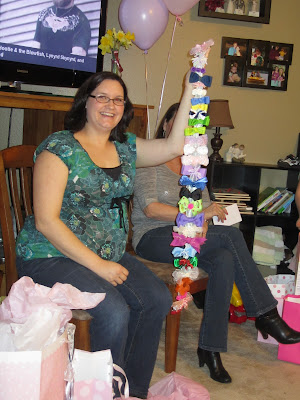 The shower was great! She got several cute little dresses, girly onesies and LOTS of diapers!
While I was at the shower, Justin went fishing and Hadlea stayed with Nana! Nana took her to see the chickens at Mimi's and then the cows and horses at her house! They even got to go feed the cows with Rusty! There is no doubt she was in heaven! One weekend at the zoo with Grammie and the next at the ranch with Nana... her life is probably complete! :)
Once Justin and I got home, we headed to pick her up! We had to check out the horse again! 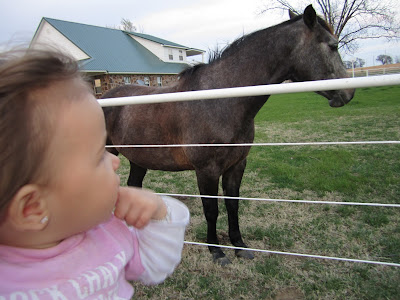 She LOVED the dog, Jolene, even though Jolene is twice her size! She would talk to Jolene and then started pat her head... She never even cared the horse came up behind her! 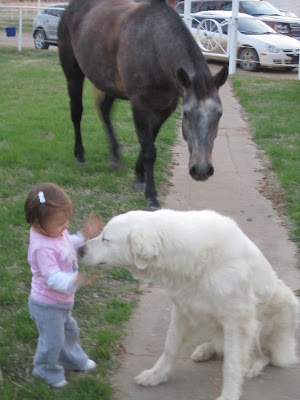 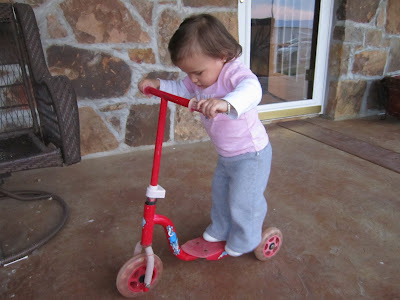 We ended up staying for dinner at Rusty and Nana's. Donna was even in town so we got to see her too! So good to see you Donna! Sorry we will miss seeing you next time you are in town! Thanks to Rusty and Nana for watching H! ...which I know was torture! Ha!
H has also got some new clothes from Grammie and Nana in the last week. Nana ordered Hadlea a new bathing suit, cover up with her name on it and water shoes for our beach trip in May! She LOVES the shoes and has worn them a few times at night! Grammie said HADLEA WANTED to go to Baby Gap while she was in town so she got a few outfits and tops from there. No doubt she will be the best dressed baby on the beach! :)  (No idea why these pics will not rotate.) 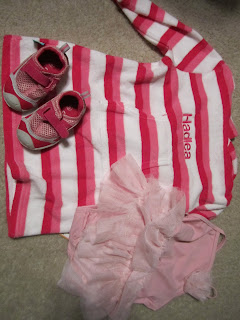 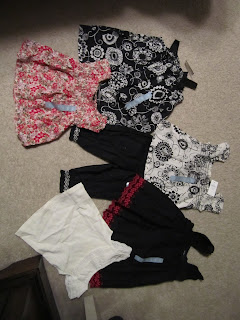 Sunday was so beautiful and above 80! Daddy took H for a walk since I still wasn't feeling very well! 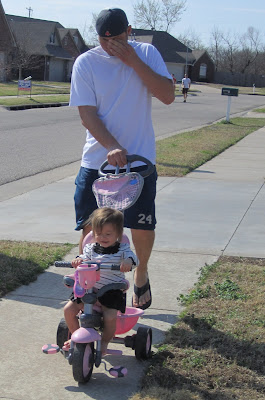 We all set around in the driveway and let H play! 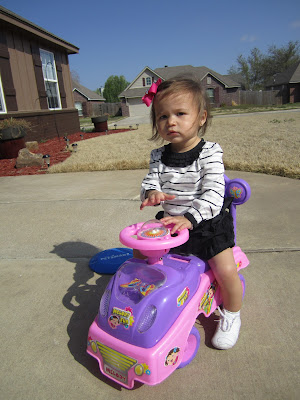 That afternoon, I went to get my hair done. Justin called while I was gone and said he and H were off to Walmart to buy brats, hot dogs and a kite! He wanted to cookout for dinner and wanted Hadlea to fly a kite! Such a good daddy he is! 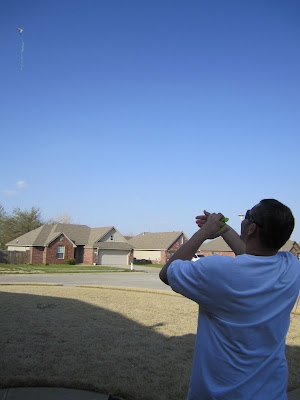 Baby girl and I flying her kite! She really didn't care about it! :) 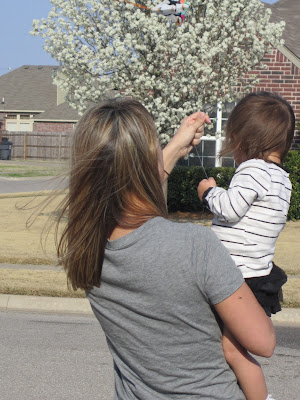 She would rather play with her baby in the grass... which she calls 'goss' (Gross). Ha! Berkley ran around chasing everyone and the kites so he was worn out! 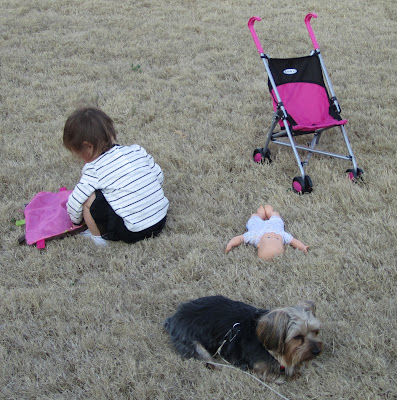 We cooked out some hot dogs and brats and spent more time outside! Hadlea might have been inside for about the hour she napped! She was beyond worn out come bath and bedtime!

Cute outfits!! How fun that she got to fly her first kite!

The sprinkle was so cute! Love the cake!!!

she sure will be the best dressed :)