Last Saturday, daddy was off to fish (and film some commercials/you tube videos... I will save that for another post), while Hadlea and I headed to Enid to my Goddaughter's birthday party. I cannot believe Kate is turning 3! It seems like yesterday she was born and being baptized! Before we left town, we had to go deposit daddy's check... and Hadlea had to carry it! I had to send the picture to daddy because this will definitely not be the last time she takes his money! Ha! 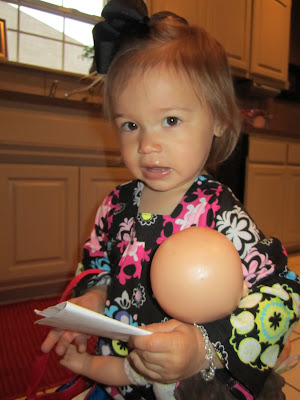 My sweet Goddaughter! She wanted a scooby doo party! :) 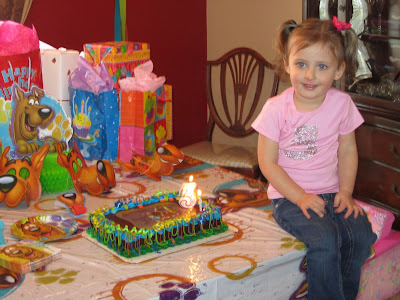 Kate got this baby carriage for her birthday, and it was a GREAT thing that she didn't mind Hadlea using it! Because there would have been a major fight to separate Hadlea from it! 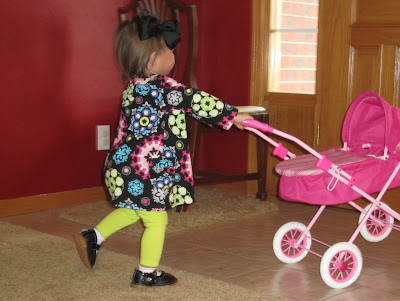 Grammie even showed up to see us! 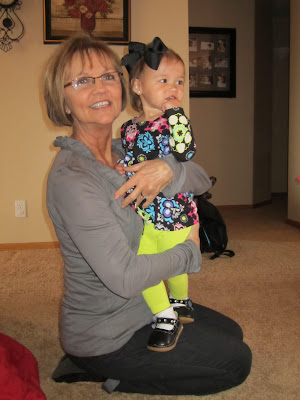 Katelyn's cousin came to the party! Hadlea loved looking at him and patting him! But I am almost positive if I had held him she would have FREAKED! 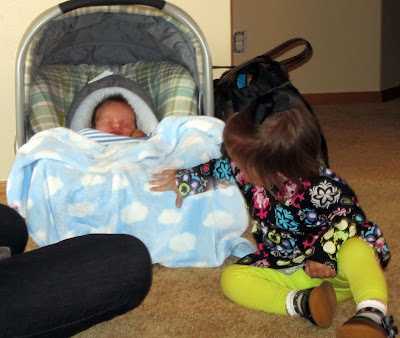 My attempt at getting a pic with both girls! NICE! After the party, I came back home, as we had a party to go to that evening. Hadlea had her first overnight trip to Grammie and Grampie's house! I was a little hesitant about letting her go, but I know she was more than ready... after all, sometimes I think she loves Grammie more than she loves me anyway! But don't get used to it G&G... it might be next year before you get her again! :) More pics on that later too...