a girls last night out...

As I said yesterday, I am behind on everything! And I did not get caught up on one thing last night! After work, we were going to go out and eat, and I started feeling guilty that it was so nice outside that I didn't want to make H sit in a restaurant. So... daddy dropped us off at the park and while we started playing, he went and hit McDonald's drive-thru so we could have a picnic! There are so many reasons I LOVE my husband, but the main one is that he puts up with my ridiculous demands! Ha! I know Hadlea did not care one thing about having a picnic, but I wanted to with my sweet baby girl and husband... and he just goes with it! We had a great time at the park! She is such a dare devil... so lots of pics and video to come! After Hadlea went to bed, I worked on a baby shower I am throwing this weekend! Nothing like waiting until the last minute! :)
Today's post is all about my soon to be SIL, Amanda, and her last weekend as a single woman! Well... somewhat of the last weekend out! The wedding is two months away, but this weekend was all about her! And as much fun as we had, I think we would all be willing to do another before the wedding arrives!
This was my first time to leave Hadlea! It was hard, but I actually thought it would be worse! We all stayed busy and had so much fun that it took my mind off of it! Grammie was also good to keep me updated and send pictures, so I got my Hadlea fix as I needed it! My baby girl and I before I left! 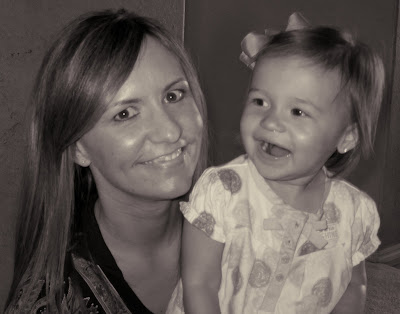 We left out on Friday after lunch! But it wasn't long before we had to take our first stop... probably not the way we planned... :) 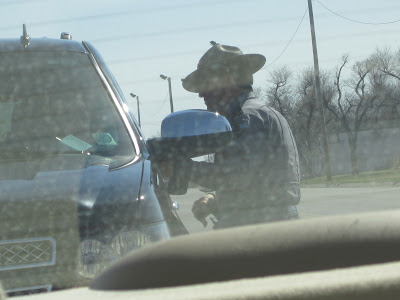 We had two car loads of girls. He stopped both cars... and both got a ticket! Believe me, there was ALOT of talking trying to get us out, but nothing worked!
When we got into Kansas City, we went straight to a sports bar to watch the Big 12 Championship! Amanda is a Kansas University graduate and is overly obsessed with KU so her bachlorette party was planned around KU playing! Which was great with me... I just love to watch sports! 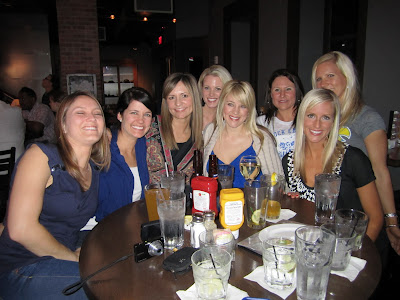 Saturday morning, we were up and shopping! 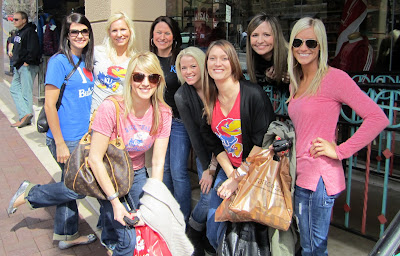 Saturday afternoon was the lingerie party! Amanda got some super cute stuff! I don't know how weird it is seeing stuff my brother will soon be seeing... Ha! JK! 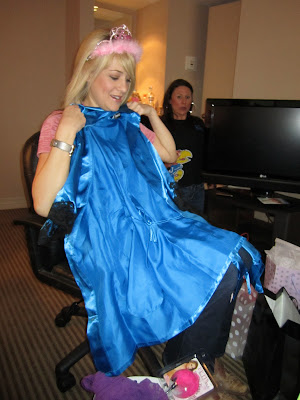 Saturday evening we went to another sports bar to watch KU win the Big 12 Championship! 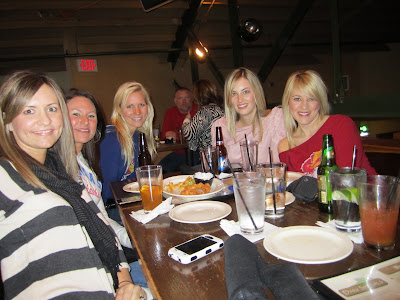 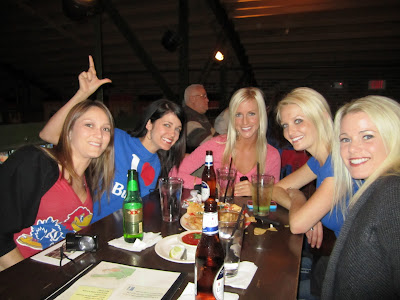 Saturday night we got dressed up and headed out for the bachlorette party! 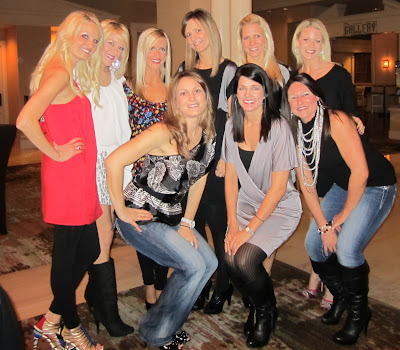 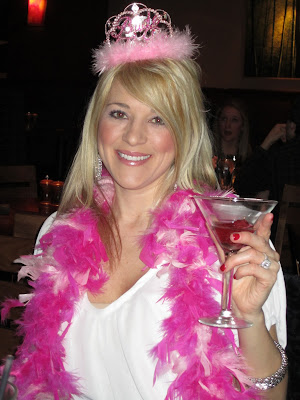 Out to dinner at Kona! 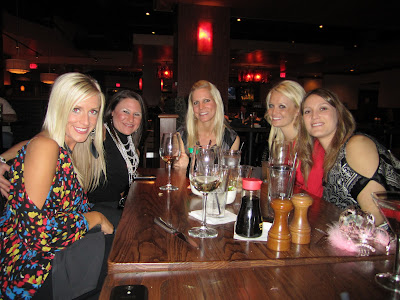 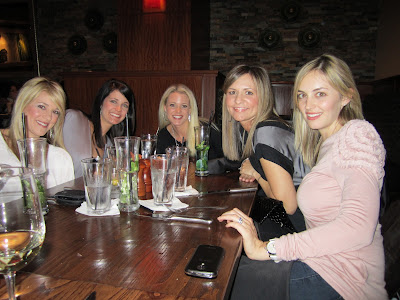 After dinner, we went to a wine bar for a 'few' bottles of wine and then to an Irish Pub. We ended up with this little corner all to ourselves, and it was perfect! 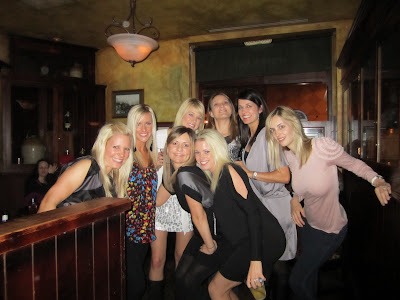 This picture was for my baby brother who loves some song about no hands! He is just crazy! :) 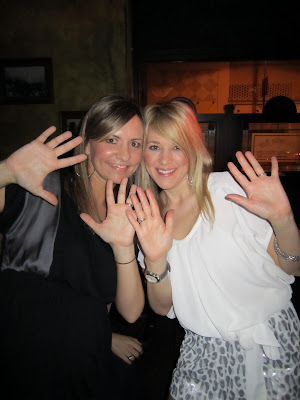 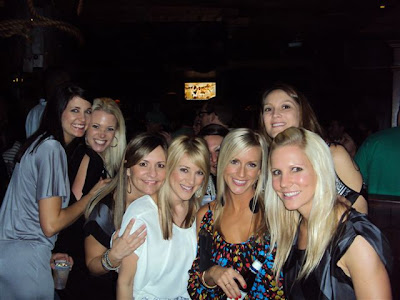 I cannot really put into words how much fun the weekend was! You never know what you are going to get with 10+ girls that do not know each other and drinking! :) But it was perfect! I am so thankful that I had the chance to be apart of it! Amanda is so special to me, and I am glad she had a great time! I know we are all ready to do it again! We made a ton of memories that will not soon be forgotten! Between all of us, there are TONS of pictures, and so many that just crack me up!
Amanda,
Thanks for allowing me to be a part of YOUR weekend! It really was one of my best trips to date! You really have no idea what you mean to my family and I. I know I have said it so many times, but we really are so thankful for you! You definitely complete our family! And to hear my brother talk about you or talk about the weekend, just melts my heart! I have never seen him so in love... thankfully! :) Hopefully we will really plan that bachlorette anniversary party. Do you think you can hand it?! ....
"PROVE IT!" :)

What a beautiful bunch of girls. Glad you had a nice time!!

Janelle and I are trying to figure out why we weren't invited!!!!!!
Beautiful girls! I love my new daughter-in-law so much!