Hadlea went and stayed last Saturday at Grammie and Grampies in Medford. This was the first time she had stayed alone at their house overnight without me! I never once worried that she wouldn't be okay... I knew she would be MORE than okay... I just worried about her not sleeping! She doesn't sleep well when she isn't at home in her crib. But, Grammie said she did great! Or she just said that so I would let her go again in the future! :)
G&G took Hadlea to visit my Grandma and Grandpa Kilian (dad's parents). They went to the nursing home to see my Grandpa first. I guess Hadlea fell in love with one of my Grandpa's bears so he let her keep it! Next they went to visit my Grandma at her home. I guess she fell in love with one of my Grandma's bears and later my Uncle Mike (dad's brother) brought it to her! So we now have a bear from Grandpa and Grandma Kilian! This is pretty special to me! Now if only I can get them and put them up in her room so nothing happens to them... I already have a bear that Grandad and Gigi (mom's parents) gave to her, so it will be special to have one from each of them! 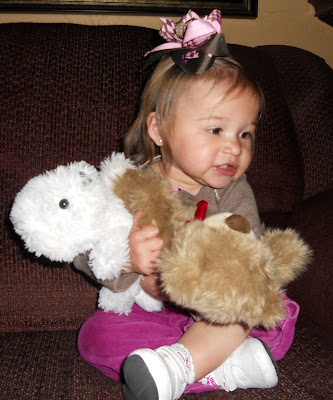 Grammie got Hadlea a carseat for her car. In the past, we always drove my car or switched cars so Hadlea could stay in her own seat and have her DVD Player. I think we put the DVD Player in the car for Hadlea around 6 months and it has been God sent! I have no idea how people travel without them! Grammie got her a DVD player for her car too, so Hadlea is set... but I am pretty sure she loves the carseat box more than any of it! 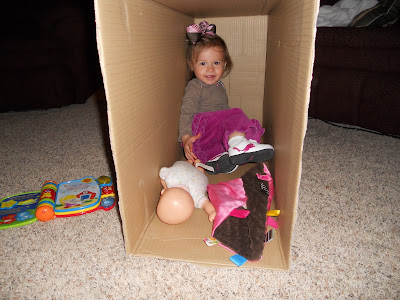 Just a few short videos from G&Gs.
This wooden semi truck with animals was my brother's when we were all little. A couple of years ago, my dad had one made for each of us kids. I have never got mine out for Hadlea to play with, but I guess I will soon. Looks like she LOVES pushing it!
our little giggle box!
This week I think my dad entered his mid-life crisis. Instead of a small red sports car, he bought this... 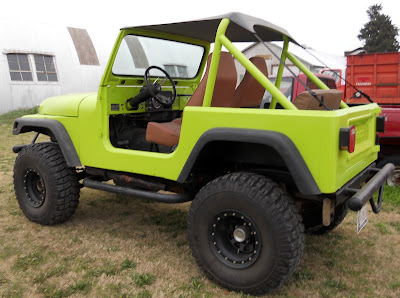 Um... dad. It doesn't have doors. Hopefully you have no plans of your granddaughter driving it anytime soon! But, I am pretty sure us kids will all be fighting over who gets to drive through the first mud puddle next time we are all home! :)


Thanks again G&G for keeping H! I know I will never have to twist your arm or ask twice. We are so thankful to have you and know you will always drop anything you are doing to keep her! Love you both!

oh my goodness look at that car. ha ha that is insane. Glad her first night sleeping with out you guys went well. That is so sweeet about the bears what a great memory.

Glad her first night away went well. It's so hard for us to let them go, but the kids (and grandparents!) love it!