Monday evening after work, we went to the VIP night of the boat show. Daddy always likes to go check out the new boats and dream! Ha! They also have free drinks and several restaurants around the area have stands set up with free appetizers. We always get to see alot of friends, and this year, this little girl almost ate the place out of business! She LOVED it! 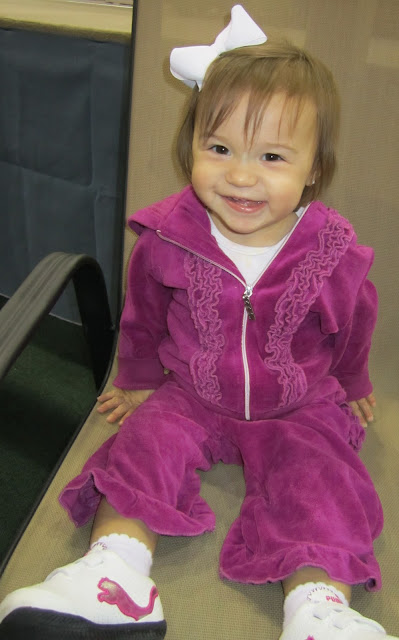 And how ADORABLE does she look in her RuffleButts from Grammie?! 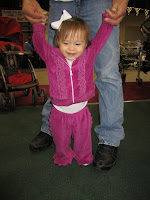 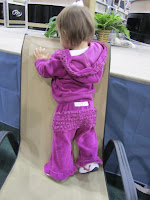 There was a monkey that you could take a picture with. You could also give him a $1 for good luck! Daddy wanted H to give the monkey a $1 AND take a picture! But of course, I had to be in the picture with the monkey and Hadlea. I cannot post the picture because I was freaking out! The monkey wanted to hug my neck and play with my earrings... my diamond earrings... that I was pretty sure he was going to steal! I could NOT stop laughing! ...along with everyone else walking by! Nice! 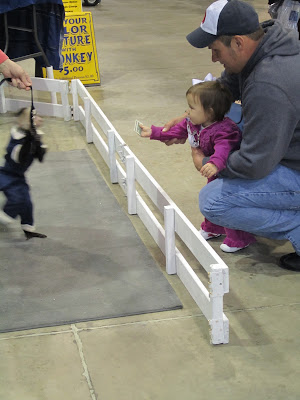 On our way home, it started sleeting. It sounded like hail and was coming down so hard. The road and yard were covered with ice before we went to bed. When I got up around 7 this morning, I seen the picture on the left! This was out our front door. I could not believe the amount of snow and ice just over night. The picture on the left is from  this afternoon! 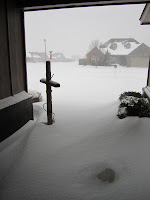 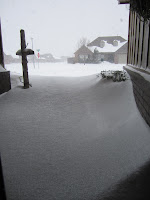 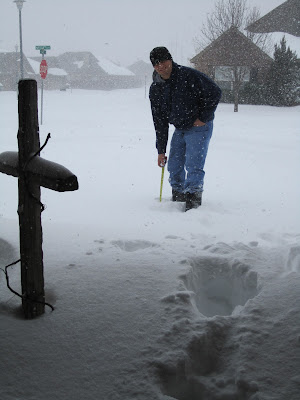 I know this isn't much for you Northerners, but this was only the second time in history for Oklahoma to issue a blizzard warning! Almost everything was closed, including stores! I sent Justin to the store last night after getting home from the boat show, and he said there were no eggs or bread in the building. I had him pick up extra milk and he said there may have been 3 gallons left! So crazy!
This little monkey wanted to go outside all day! We do plan to go out tomorrow and let her play in the snow. Hopefully the wind will not blow 40 mph like it did today! One thing we did let H do all day is eat... I swear we could not keep her full! 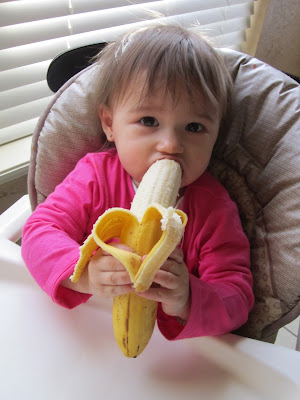 At one time we even caught her eating snow that came in when we opened the back door! She LOVED it! 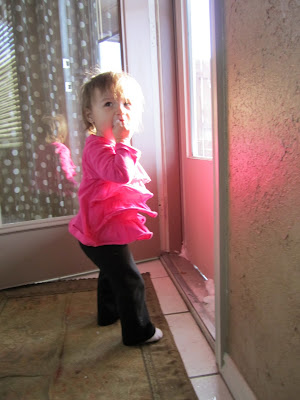 So I went out and got her some.. 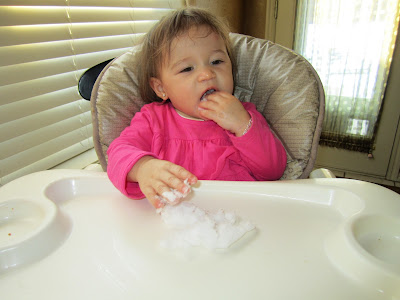 And made snow ice cream! She thought it was so good and kept saying, 'Mmmmm'! 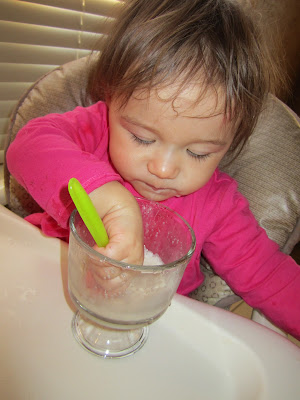 The spoon became too much so she drank it! 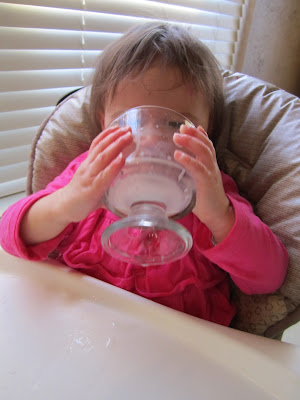 Justin caught up to go into work this morning, but there were already so many reports of vehicles on the side of the road. He decided not to go, which was great with me! H's daycare was obviously closed, but I still had to work. Daddy and H got in alot of daddy/daughter time! Both of them laughing and playing is the best background noise to work to!

How adorable is she eating the snow cream!? We would absolutely freak if we got that much snow in Kentucky. Our town would be closed down. I hope things didn't get to bad!