Christmas Day morning, we had our own Christmas... which was #4! I believe I woke up around 8 and couldn't wait to get up and give Justin and Hadlea their gifts. However, they must have been worn out because Justin didn't get up until 9 and Hadlea 10! But oh well... I had coffee and a snack ready when they got up! Once everyone was up and Hadlea had a bottle, we headed to the living room to see that Santa had indeed found our house.... 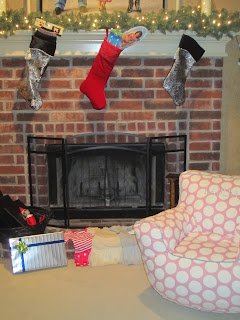 Santa brought the chair that Hadlea has been wanting... or that her mommy had been wanting her to have! Ha! We asked for this several weeks ago, and we were hoping Santa hadn't forgot to deliver it! (Before deciding on the chair to choose, I searched and searched... I wanted THE perfect chair as I knew this was something she would keep for a while and I wanted it to be large enough she could grow in to. I also wanted it to have a slipcover that can be removed to wash. This chair is SO adorable in person, and I know we made the right choice!) 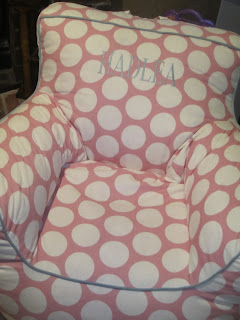 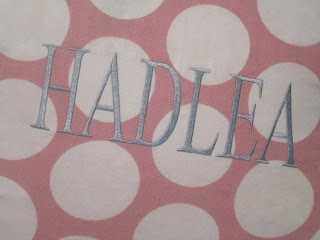 This is what we seen as she walked into the living room... straight to the chair she went!! She was just laughing and squealing! This girl is a climber and LOVED climbing in and out! 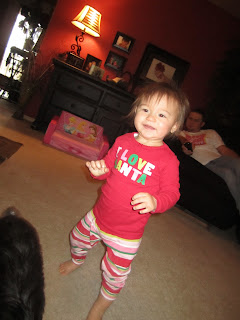 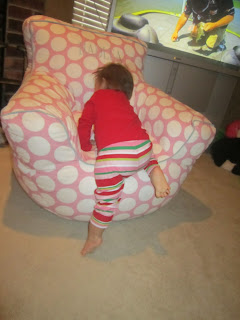 Smiling at her daddy! 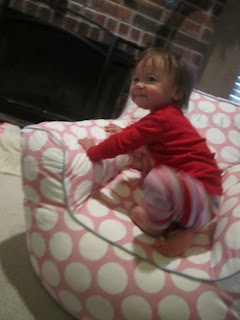 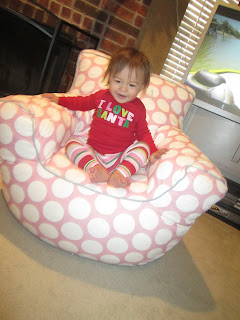 Kicked back trying it out! 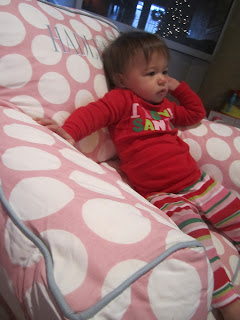 Me and my baby girl! 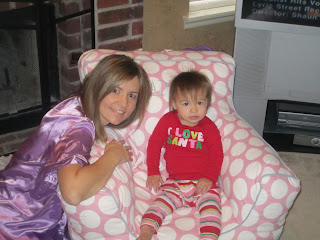 Daddy and his baby girl! 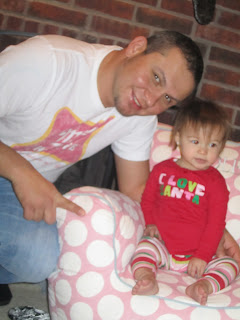 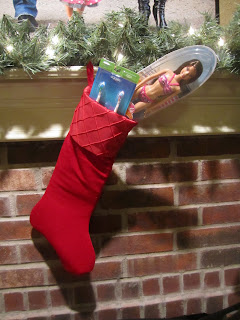 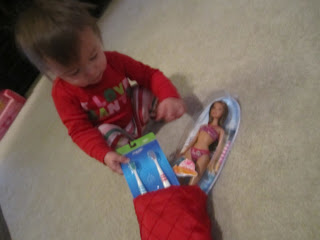 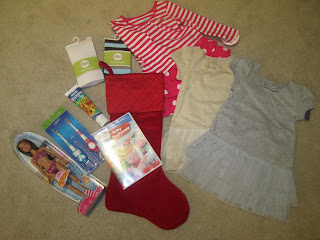 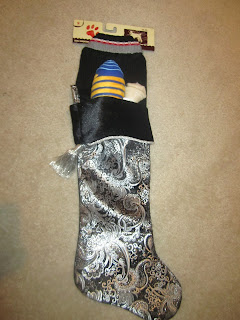 Berkley digging in and smelling those bones! 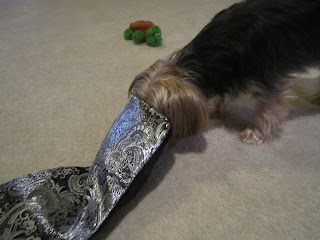 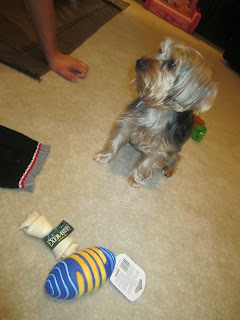 And opening her only gift that I wrapped! I knew better than to waste my time wrapping too many of her gifts... for one, she would get a TON to open from Grammie later in the afternoon, two, she doesn't care anything about opening them! :) I opened her gift and she played with the box... she didn't even care what was in it! 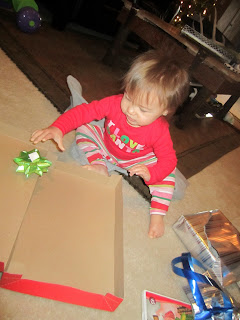 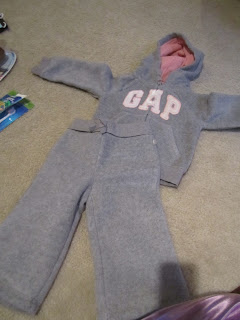 And Justin NEVER fails with the gifts! I got an hour massage and an hour facial! I am just still surprised he found the girl I normally use and called her! I gave Justin money to get something he wanted for his boat. I had planned to go pick it up myself, but I guess he needed to buy several other pieces to go with it, and I wasn't about to guess on everything... so money it was! But his face was well worth it! 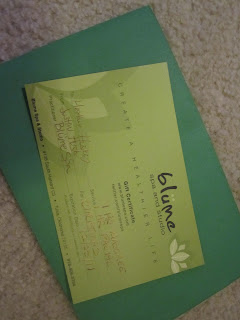 Later in the morning, Grammie and Grampie arrived from staying at Uncle Alan's. Everyone was coming to our house in the afternoon for lunch and gifts. While Grammie and I were cooking, Grampie made Hadlea a playhouse out of her chair box! She thought it was super fun! 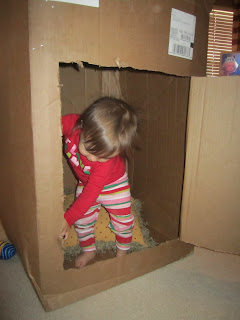 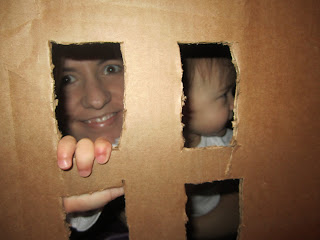 H and I in her house! 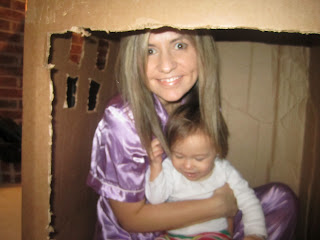 We had a great morning... I am so thankful and overly blessed with my little family of 4! I will share our afternoon tomorrow... it was a fun day of lunch, presents, playing with H, pictures, arcade games, go-carts and bowling! SUPER fun day!

Avin is so asking for a Chair for her birthday. Did you get it from Pottery Barn or where did you get it? I am having trouble deciding after reading all the reviews!!

Love the outfits as always!