On Friday, we got up and spent some time playing with Hadlea. Later, we got dressed and headed to do some Black Friday shopping... but not before a lunch at Charleston's. Yum! Hadlea is in to coloring when we go out to eat.. yes, we do have to pull the colors out of her mouth 100 times, but she will try to color on the paper, which I think is great! :) 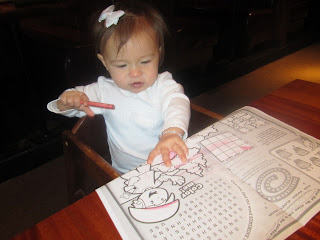 After lunch and hitting a few stores, we headed to Rusty and Nana's. Riley and Hannah were there, although Rusty and Riley were out working on the farm, so we didn't get to see them much! Hadlea did get to play with Hannah, which she LOVED! 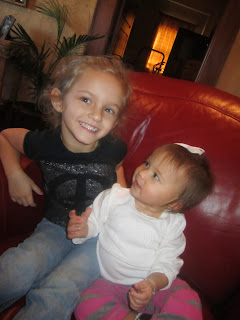 Daddy/Uncle Justin and his girls! 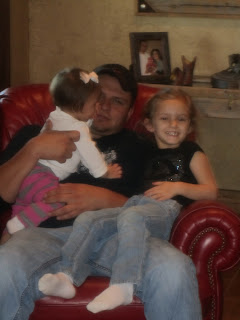 Hannah dragged out every toy under the sun for Hadlea, but Hadlea mostly loved the baby stroller, which she wanted to ride in... 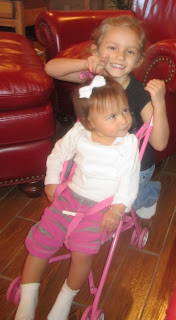 I think she might be a little too big when she can bend over and touch the floor! :) 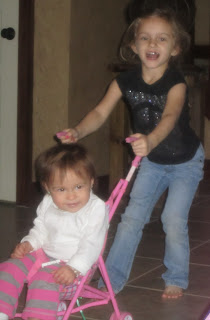 After leaving Nana's, we headed back home to meet Grammie. She had came to town to do some Christmas shopping. We went to a couple of stores and then out to dinner. Then it was back home to put Hadlea to bed, and then Grammie and I did some more shopping until 11PM. We went to the mall, and although it was a disaster and the stores were torn apart, there was hardly anyone there! We got some GREAT buys!
On Saturday, it was back up and more shopping. Grammie got Hadlea this outfit when we went to Florida earlier this year. I just think it is adorable! 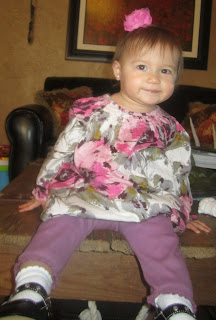 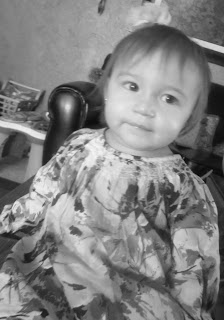 After doing some shopping, we headed home for H to take a nap and wait on our friends Shannan and Michael to arrive from Kansas City! They were coming to town so we could head out to watch the Bedlam, OSU vs. OU, game! 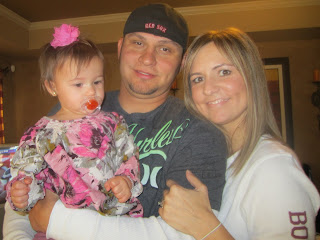 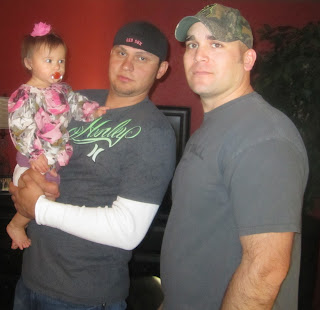 Auntie Shan, me and Hadlea 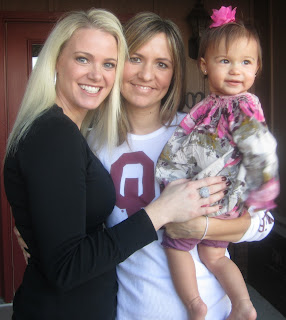 Grammie stayed with H so we could go to dinner and go out to watch the game! It was a great night with an AWESOME win for the Sooners! Justin and Shan... 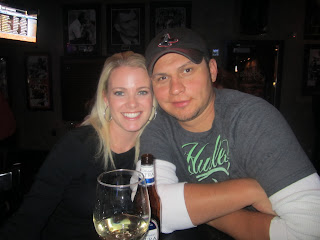 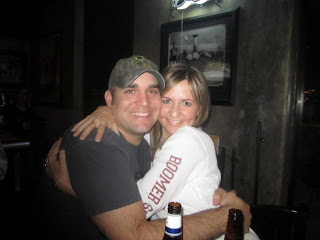 my very best friend... that never reads my blog! :) 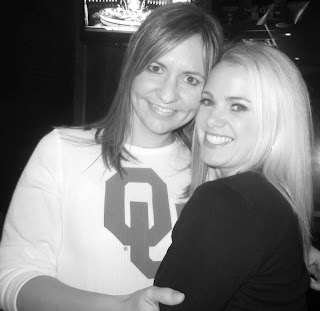 My cousin James, or Grizzly Adams, met up with us also! 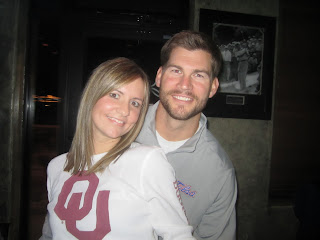 After the big win, we headed to the casino! I only put down $20 as I was not in the mood to lose... we will not discuss what the boys LOST! 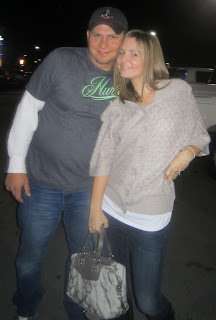 On Sunday, Mike's parents brought Kennedy and Brynlee over so they could head back to Kansas City. I cannot believe how much the girls grow between the times we see them. They are just the sweetest things EVER... and H LOVES them! 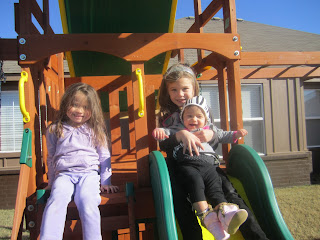 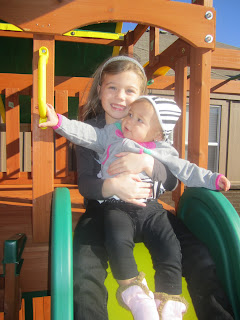 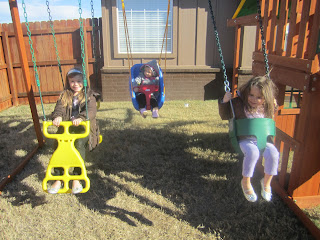 love her to pieces! 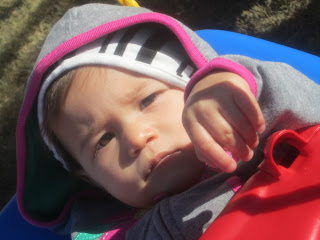 KK and H playing in the 'house'! 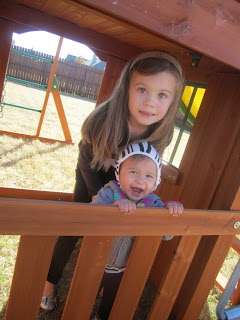 Berkley even got to see his girlfriend, Mazie! He just loves her... we cannot even mention her name when they are gone or he will whine at the door for hours! Ha! 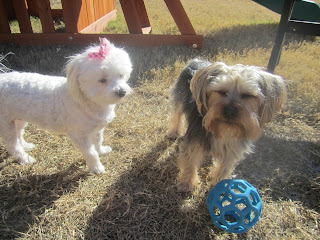 It was a great weekend of seeing family/friends and getting in some much needed Christmas shopping... too bad I am not even half way finished! I am just into party planning mode and not into Christmas mode... two more weeks before the BIG 1st Birthday, and then I will be into the Christmas spirit!

cute looks like a fun weekend was had... love all the pictures and love her little pink flower gap dress!!

Super cute and I love the dress!

I'm reading your blog !!!! I love you, and love seeing pics of my God daughter.