to the man that always lets me talk and vent and never talks back...or tells me how crazy my thoughts are...never gets mad at me...and loves me to lick my face! Ha! My sweet baby boy turns two years old today! Berkley means more to Justin and I than words can express. Every night when we go to bed we both say, 'good night, buddy!' and one of us makes a comment about how lucky we are to have him. (And I am so not kidding, we do it every single night!) Justin often comments about how lucky Berkley is to sleep in a king size bed and wonders if he tells his dog friends! :) We are constantly making jokes about lucky he is, but at the same time, how lucky we are! He is the most perfect thing, ever! Him and Hadlea rank high upon the very same pedestal! Ha! We didn't bring Berkley home until Sunday, July 27, 2008. I will never forget the day I found him on the Internet just browsing around Yorkie sites. It was probably the 10th+ site I had looked at that day and I pulled up a Yorkie site out of Missouri. His picture popped up and I instantly knew I had to have him. I called to see if he was still available and the owner said yes, but a woman from North Carolina had just called about him. The NC woman was supposed to be calling back after she spoke with her husband. I knew I didn't have time to call and track down Justin, so I just said, 'I'll take him!' I went to the post office ASAP to send in my deposit and we left two days later to pick him up! Here is the sweet baby face we seen when we picked him up... 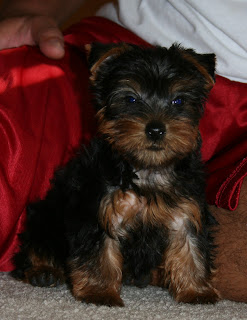 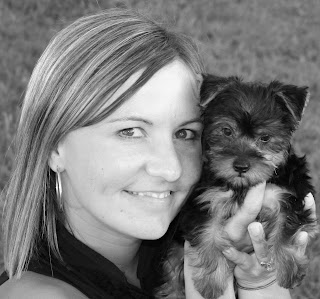 on our way home, we stopped by my brother's house so he could meet his cousin, Avery. Obviously, size has never mattered to Berkley! He had no issues climbing all over Avery! 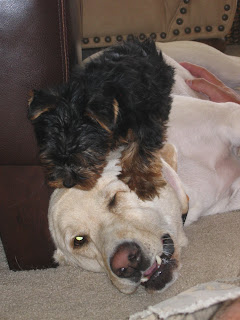 We have enjoyed every single minute of Berkley, and I really have no idea what we would have done with our time before him. We honestly do not go anywhere without him unless it is just impossible to take him. And he loves to go...and if we are 'going' without him, we have to spell g-o! 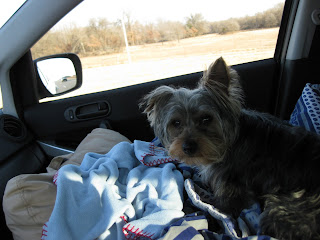 Berkley loves to play tug-of-war....with anything. a sock. a rope. a stuffed duck. a blanket. a ball. If he can pull it, he will! 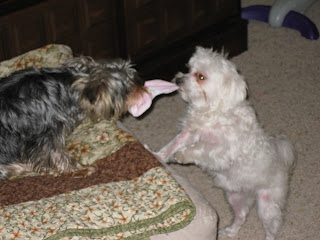 Berkley loves to hide things in the mud. And for some reason, he only does it after it rains. And this is what we get to clean up! 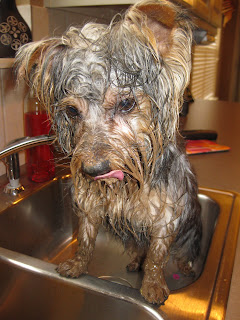 Berkley is the best bed partner, ever! This is usually how he sleeps, with me or Justin. He loves to be close! 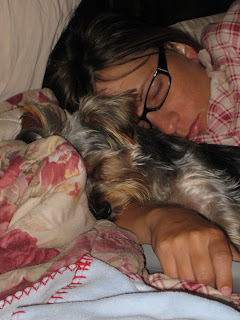 Berkley is nosey! If he is in a vehicle and you are looking at something, he HAS to see too! He will whine until he gets to see! Ha! 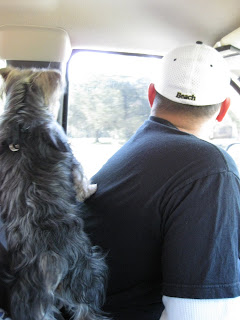 Berkley is a sleeper. He will sleep anywhere when he gets tired. Even on the console of the the pickup after a day at the lake! 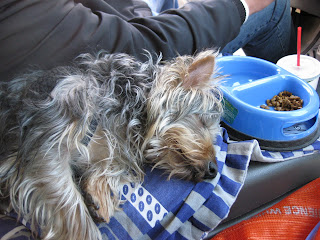 My first picture of H and B sleeping together. He is jealous of Hadlea, but I know he still loves her. He wants to see her first thing in the morning when she is waking up and loves to sit right next to her. Just melts my heart! 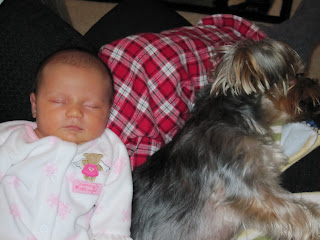 Berkley loves to go to Petsmart. What dog wouldn't! :) 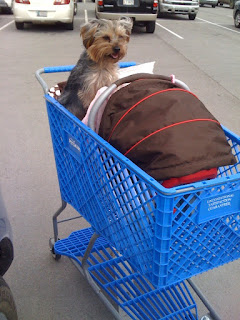 My babies. I know he loves us! 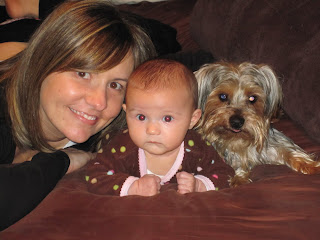 This is Berkley's perch in my office. My desk is to the right of this window. He stays with me all.day.long and looks out the window. He also lets us know if anyone is outside or at our house! 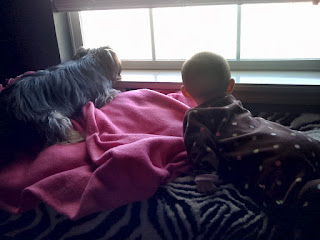 He always joins in for Hadlea's monthly pictures. He always jumps up in the chair and turns around and lays down. It is as if he knows exactly what to do! What can I say, he knows his momma! Ha! 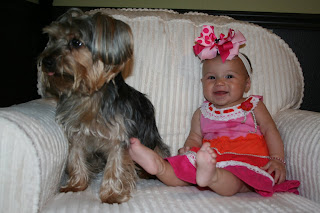 Berkley's registered name is Captain Skeet Berkley Huskey, a true fisherman's son! :) He is my first baby and a love of my life! We are having a party for his birthday so we will get pictures today! I do not know who will be more excited to eat cake, me or him!? Well...I get people cake, and he is getting a dog cake! 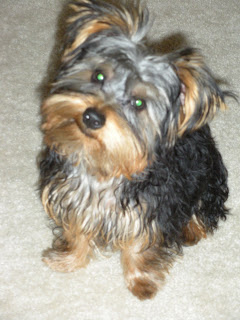 happy birthday, mommas boy! i love you to pieces!

how cute! Love the picture of him getting a bath ha ha! So cute!

ahhh. I love this more than you will ever know. Berkley is adorable. and that one of him in the sink! ahhh (have I said that yet?). so stinking cute. and I get it, I do. I have a one year old lab (no kids yet) ... he's my boy. I brush his teeth every night. It's ridiculous. Happy 4th to Berkley!