17 weeks and her 1st shopping trip!

Here is a 17 week update! I am feeling really good these days. I still get sick every morning, but I feel worse if I don't get sick. I much prefer getting sick in the mornings only, so no complaints here!
I am wearing maternity jeans for the very first time in this picture! I don't know if I am happy or sad about that... I was really hoping to make it to 20 weeks before I needed to wear maternity jeans, but really I have no idea why I put a timeline on it! :) I can wear my regular jeans but they are getting tight on my lower stomach. I just feel I am bigger sometimes than I should be...oh well...maybe she is going to be one chunky baby! (which I would LOVE!) 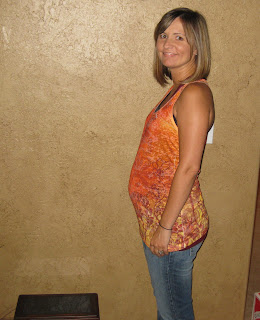 My MIL (mother-in-law), Justin and I hit JCP last night. I am pretty sure we went on baby girl overload with the clothes. They were all just too cheap and too cute to pass up! They had all of their summer clothes on sale for about $3 plus I had a 15% off coupon. Riley and Hannah got a few things too. We got 6 and 9 month clothes for next summer. She is going to be so stinking cute! I really hope I didn't jinx myself by buying all of these clothes...remember, we go back on July 29 for another ultrasound. :) 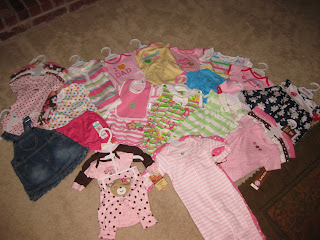 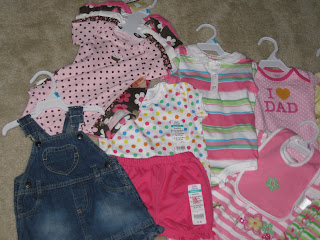 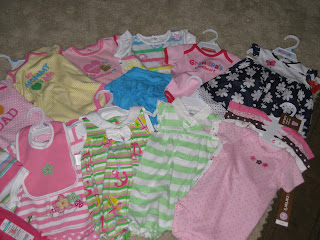 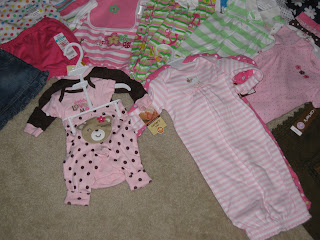 A little something for the Grandpas 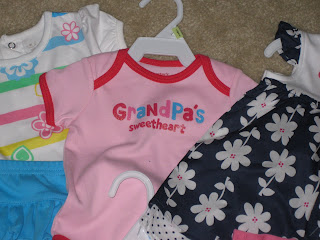 I was able to get 5 days off of work around the 4th of July. We had our ultrasound on Wednesday, July 1, so I took off since my mom was in town that day. She ended up staying until Friday so I took Thursday off too...Friday was a holiday. My mom and I cleaned out closets and laid out in Alan's pool. Friday after she left, Justin and I headed to the lake. On Saturday, the 4th, Justin's mom brough Riley and Hannah over to buy fireworks. We popped fireworks at our house and then went to Justin's cousins for a cookout. It was a great weekend!
Hannah with her sparkler 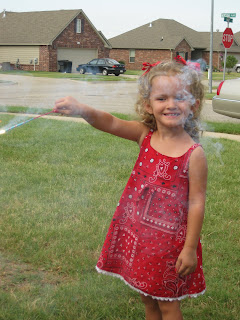 Riley and Hannah throwing their pop-its 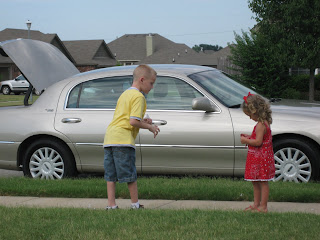 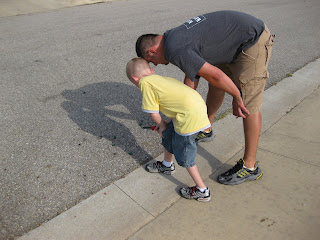 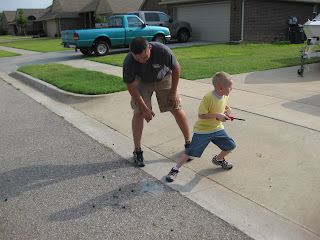 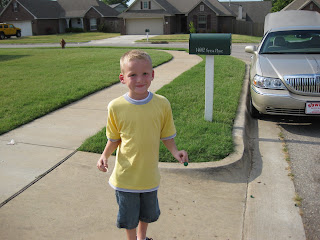 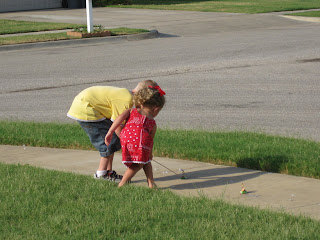 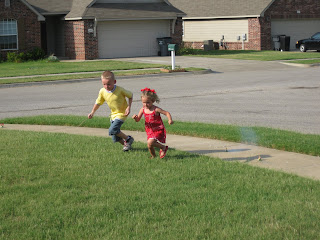 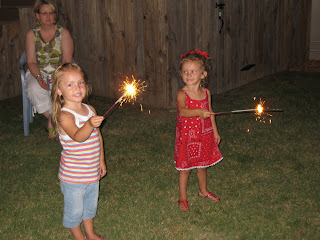 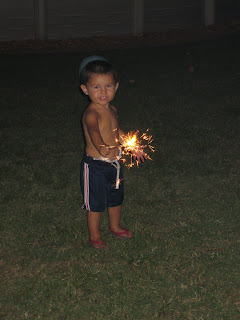 Justin's cousins wife, Stephanie and I 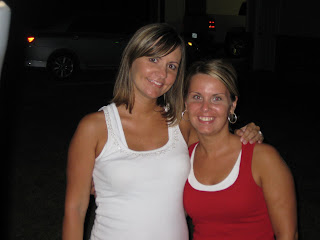 GIRL! (Side note: I have never really thought about saying, "what is it?" when asking someone what the sex of their baby is, and now, I feel ashamed that we call them its until we find out the sex. I thought from day 1 that I was always having a boy so I always referred to the baby as he...and now I keep saying, It's a girl..I know, strange! But I am still in shock that it is actually a GIRL!)

Okay...back to the complete excitement of a baby girl. Growing up I always told people I never wanted girls. I grew up as the only girl with two brothers and I was 100% fine with that. I NEVER wanted to share a bedroom, clothes or bathroom. I always hoped I would one day get an awesome sis-in-law(done!), but I NEVER wanted a sister while growing up, therefore, I never really wanted a girl. I wanted boys...no, I wanted football players...really, I wanted a really good quarterback! If you know me, you know I LIVE for football and the quarterback...I mean, 95% of the time, they are really cute too! :) I never thought in a million years that I would marry a baseball player and someone that NEVER played football...I mean, Justin didn't even have football at his school...how in the heck did they survive!? I will never know! But with Justin being a baseball player, he said he never cared if he had a boy that played football, he never cared if he even had a boy...he only hoped one day he would have a little girl! (Really, what grown male says they want a girl and do not care if they ever get a boy!?) But because of that, when I found out we were pg I WANTED a girl! For one, I cannot imagine life without my husband having his baby girl....for another, I cannot imagine life without a shopping partner! :) (God, please let her LOVE shopping!) When we talked about the sex of the baby with my parents, my mom always hoped it would be a boy, mainly because I said I never wanted girls and she was VERY afraid that I would never have another one if it were a girl. I will have another someday..or hopefully, but I may be praying again for that football player! But I know most of my family is probably praying that she isn't as sassy as I am! :) But I know they wouldn't have me any other way! ha!

(And just another side note: Justin and I were talking the other night about dads that grumble when they have to keep their kids...like it's a mother's only job...I told him I hoped we didn't have that problem! He assured me we wouldn't...that he couldn't wait to get an old topless Jeep and take her driving around...just him and her...while I was out doing whatever I wanted to do!! So, it is official...we are going to need EXTRA babysitters because I don't think I will EVER allow my daughter to just go cruising around in an old topless Jeep. I mean maybe when she is out of a carseat, but I really hope to go shopping or get my hair done or to the spa before she is out of a carseat! He must be crazy!) 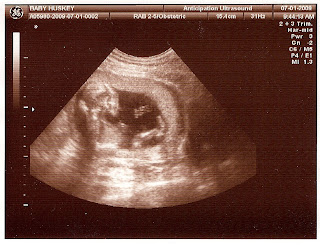 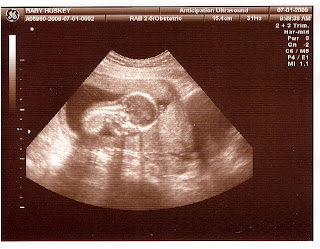 She is a Girl! 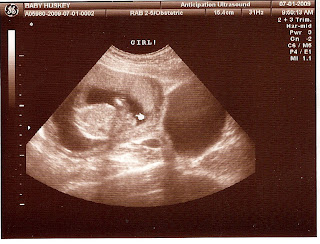 She flipped around the entire time 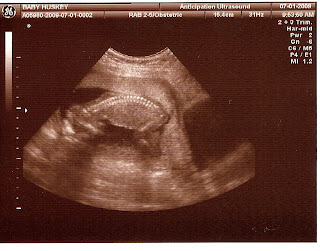 They let us see her in 3D. Kinda cool...kinda scary! 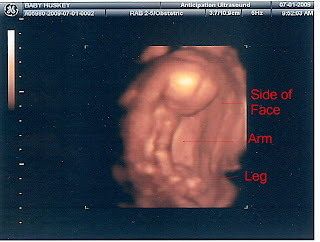 Video of the heartbeat...which was 158