Yep! You heard right...Huskey Happenings is adding a new member! I can definitely not express into words how excited Justin and I are to welcome our baby. I am currently 15 weeks and due December 11. After a 2 year wait, we are finally expecting...a dream we have had for a very long time!

Now, you would think that I would have started documenting the entire experience the moment I found out, but wrong...morning sickness got the best of me! Justin and I found out on Tuesday, April 7th, 2009. We had been to Dallas visiting my cousin James. I had a stomach ache most of the weekend along with heartburn, which I never have. On that Tuesday, we went to Morris to celebrate my niece, Hannah's, birthday. On our way home, I told Justin I either needed a PG test or some medicine. We decided it would be smarter to start with the test. Now, after two years of PG tests, you get awful used to them being negative. I pretty much planned on it being negative, but after about 5 seconds, it turned POSITIVE! I could not believe it. Justin was on the phone so I immediately called my friend Shannan. It was 9:30 PM. I thought she might be in bed, but I figured she would forgive me for waking her up. She was screaming and all I could say was, OH MY GOODNESS! I told Justin shortly after and he just stared at me...his first words were, "We are not telling anyone!" Oops...maybe except for Shannan!

I called my doctor's office for an appointment. We went in a couple days later for blood work and an ultrasound, I was 7weeks and 3days. The heartbeat was 154 and the best sound I had ever heard in my life! We told our parents shortly after, but waited until I was 12 weeks to start telling others. Due to the morning sickness, I never took one picture when we told our families. I will remember each of their faces and the exact moment with each of them forever.

So many people have asked me over the last few weeks if I am documenting every moment and until now, I have not documented one single thing. My morning sickness turned into all day sickness at 8 weeks and started slowing down around week 14. Whoever said it should be completely over after 12 weeks...LIED! :) I tried never to complain about being sick because many people told me it was a great sign of a healthy pregnancy. I always hoped I would be one of those LUCKY girls without any symptoms! It will all be worth it in a few months and I know I will enjoy every single moment from here on out.

We have an ultrasound on July 1 to find out the sex. Hopefully the little bean will be turned correctly and cooperate! Stay tuned for more....

The day I will remember forever 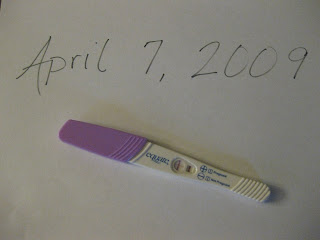 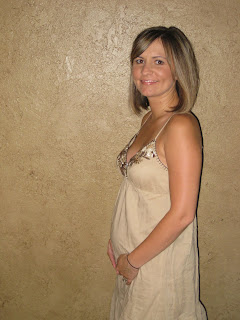 At about 14 weeks, a friend I used to work with told me about these gender kits at Walgreens. I went and picked one up the next day at lunch. I took it the following morning. Now, I don't believe for one second that this can actually work....but hey, they got my $30! :) 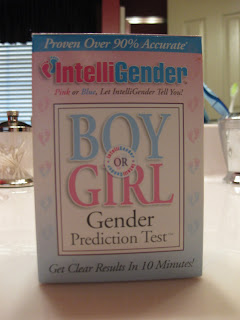 If it matches this side, its a boy...which it did 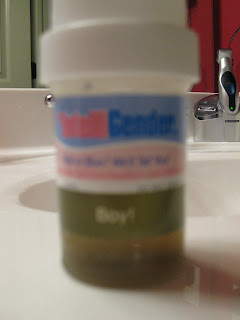 and this side means a girl...which it doesn't match 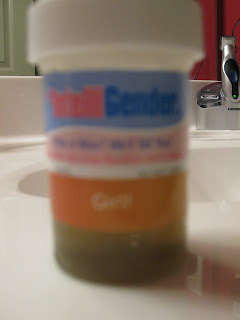 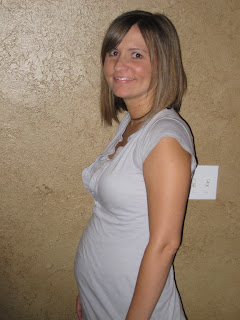 I got an ultrasound at 15 weeks in Oklahoma City. Justin's step-sister is head of ER at a hospital there. We were in town so she got someone she works with to check out the baby. This fell on Father's Day. My mom, dad, little brother and SIL, mother-in-law and father-in-law all got to be. It was so much fun. The baby had the hiccups and was kicking their feet. I sure cannot wait to know if I will say him or her, forever! 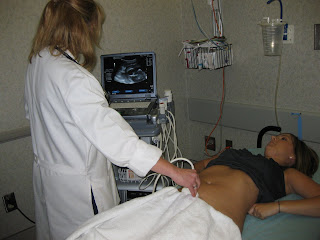 I took video of the ultrasound and will try to have it uploaded soon!

heather! i still check your blog on occasion....and so excited today to hear the good news. alan told me but i was waiting for you to update your blog. my older sister is due dec 15....and she is soooooooo big already! it is so darn exciting. i can't even tell you the joy i feel for your family and you and justin. congrats. my sis finds out the sex july 7th....so this is fun to follow you both....expecting. i am thrilled to death. xoxo
Amy

Just came over from Kelly's Dwelling in the Land prayer blog...congratulations!! May the Lord continue to bless you with a healthy pregnancy and baby!!!!
Blessings,
kendra