Justin is obsessed with fishing. This is not a secret to anyone that knows him. It is a very good thing that I am someone that LOVES to be outside, otherwise, we would be in very big trouble. Justin was supposed to fish a tournament this past weekend but as the percentages for storms/snow/ice increased, the tournaments were canceled. He then had to find something that filled his fishing void for the weekend. He looked online to find out where the Bassmasters(Professional Fisherman) were fishing for the weekend. It just so happened to be in Arkansas about 3 hours away. He started out on Monday saying we were going to Arkansas so he called and found a Motel. By Tuesday we were not going and then again Wednesday, we were. I have played this game WAY too many times with my husband to know I can figure it out...so I thought, Thursday he will say we are not going, but Friday he will say we are going...so I knew by that to get my bags packed. I told him several times to check the weather over there to make sure it would not be snowing. There were a couple of chances for rain, but that is it.

When we left Saturday morning at 8:30 to head to Arkansas, this is what we drove through for the first 10 miles. 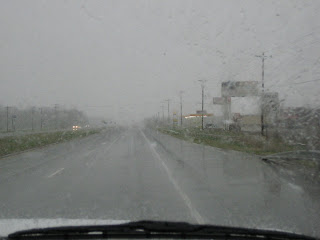 I started questioning if we were a little crazy. Justin said we would be fine so we continued on. But after 20 miles, this is what we ran into... 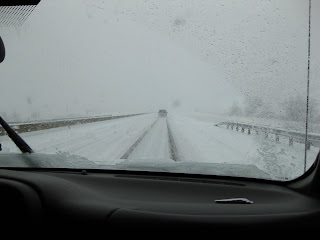 I then told him we were completely out of our minds! Of course, again, he said we were fine. Thanks to the good ol' iPhone, I pulled up the weather map and seen if we could make it to Muskogee, we would be fine. And we were!

I always forget how beautiful Arkansas lakes really are. Their State Parks are always kept so nice and clean. It was so good to get out of the house for a weekend...away from the snow and enjoy some beautiful scenery. We arrived here around 1pm. 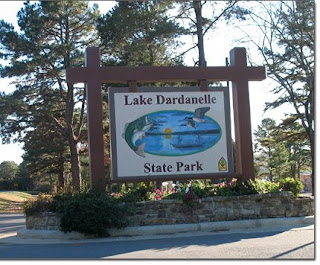 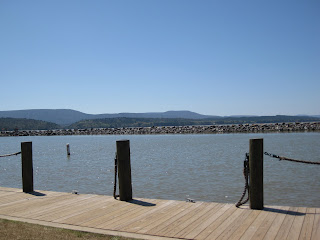 Saturday of the tournament had been canceled due to the high winds. There were still a few tents set up so we got out and walked around. It was a little cold, but felt nice after walking for a while. Now...because of my competitive nature, I have to have a favorite in each sport and will root for them forever. If I am going to have to watch the Bassmasters for the rest of my life, I decided I should just choose someone I will always want to win. This guy...is my favorite, Michael Iaconelli. To give you a brief explanation of him...he is CRAZY! He yells, talks loud and break dances on his boat when he catches a fish. This is a little different compared to the guys that whisper through the entire day of fishing. He atleast makes it entertaining! Ike didn't make it to the final day of fishing, but he was working on this boat getting ready to head to Alabama for next weekends tournament so we stopped and chatted for a bit. For someone that makes millions, he is extremely down to earth. 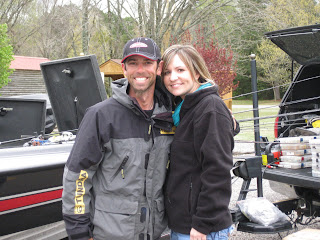 We, of course, took Berkley. He loved every bit of the weekend. Especially all of the entertainment from everyone. 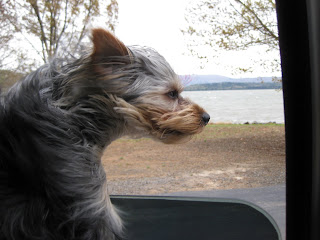 Justin and I were checking out something on the side of the road, and Berkley decided he should see too. 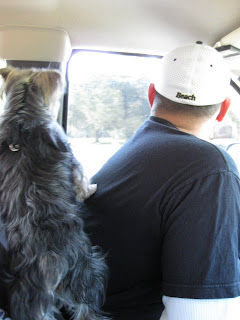 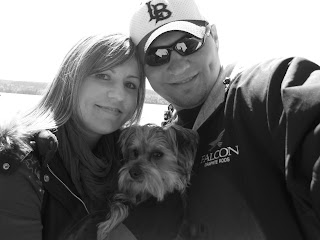 I love him so much! 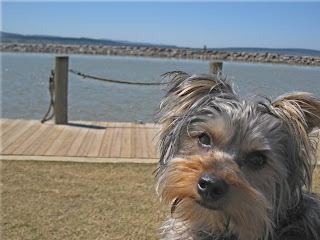 But together, I love them both a whole lot more! 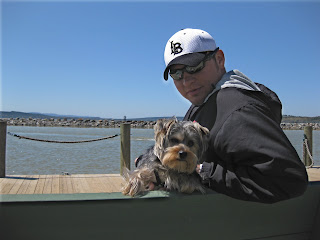 We ate lunch in the truck on Sunday waiting for the weigh-in of the tournament to start. Berkley was so tired, he skipped lunch and opted for a nap. 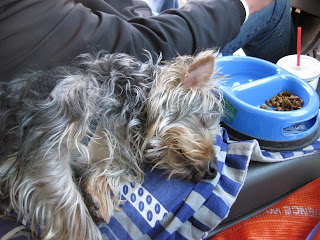 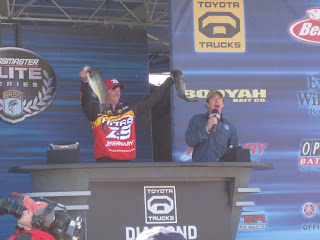 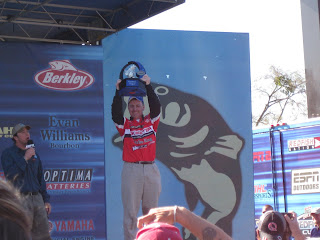 This is Fred Roumbanis from Bixby, which is right down the road from us. His wife and son, Jackson, were there to cheer him on. 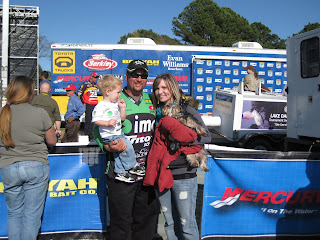