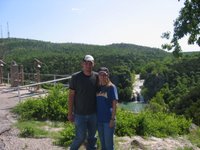 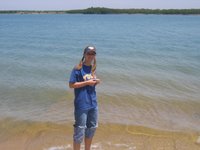 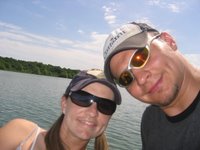 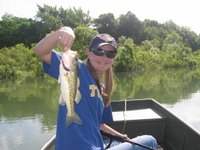 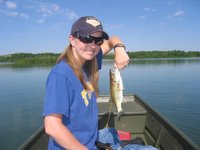 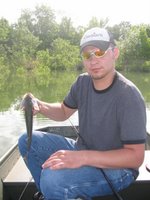 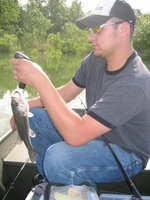 Justin celebrated his 25th birthday last weekend, 5/13. So we celebrated a typical 25th birthday party....well....maybe not! Justin and I went to Ardmore and stayed only to get up at 6am the next morning to fish. As you can see, I out fished Justin....And no Justin, weighing the fish 3 times isn't going to make it any bigger!
After fishing, we headed south to Murray Lake. I had never been...what a beautiful place! We then went to Turner Falls, which I had never been to either. Who knew things like that could exist in Oklahoma!
After Turner Falls, we made the Safari drive through Arbuckle Wilderness. Only if I would have had a video camera when the animals were sticking their heads in Justin's truck!! I think the 5 year olds did better than Justin! Below are some kind animals that we fed along the way...I think donkey or mule, whatever he is, wanted to get in, because he wasn't letting us through!